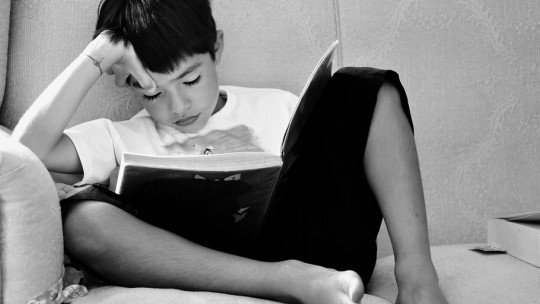 Over the last decade, a notable increase in the prevalence of school dropouts has been observed among the Spanish population, rising from 14% in 2011 to 20% in 2015, to the point where this country reaches the highest rate with respect to the rest of the European Union (Eurostat, 2016).

The difficulties most usually detected refer to alterations in reading and writing or dyslexia (with an average rate of 10%) or related to Attention Deficit Hyperactivity Disorder (with a proportion of between 2 and 5% of the student body).

However, there are other problems that, without being as frequent as those indicated, may cause the existence of a learning disorder significant enough to finally lead to cases of school failure.

School failure and its causes

School failure, understood as the difficulty to assimilate and interiorize the academic contents established by the educational system according to the age and development of the child, can be motivated by multiple causes of different nature. It cannot be considered, therefore, that the responsibility should fall exclusively on the student, but rather that both the educational community and the family environment have a very relevant influence.

Among the factors that may precipitate the appearance of school failure in the student, the following are distinguished:

On the other hand, as referred to above, there is a series of circumstances that refer to the deficient functioning, in some cases, of the educational system , which considerably aggravates the consequences derived from the existence of the factors listed above. Methodological issues, teaching attitudes, non-individualised and obsolete teaching styles cause the teacher to be insufficiently prepared to deal with these students with the indicated characteristics, which are in themselves more complex.

Other factors that increase school failure

The following are three of the problems that usually go unnoticed since they differ from the usual difficulties related to reading and writing.

Like this, the following can be a cause of student failure if not detected and properly intervened.

Achalculia is circumscribed within the so-called Specific Learning Disorders and is defined, as proposed by Salomon Eberhard Henschen (who first coined the term in 1919) by a type of calculus disorder that can be derived from a brain injury or also due to the presence of difficulties in the course of academic learning.

According to this author, achalculia does not coexist with aphasic or general language dysfunction symptoms. Later, his disciple Berger, made the distinction between primary and secondary achalculia. In the first case, reference is made to a specific type of alteration of calculus aptitude and not related to aptitudinal deviations of other basic cognitive processes such as memory or attention. In contrast, secondary dyscalculia is broader and more general and is linked to impairments of these basic cognitive processes.

Some particularities of calculation problems

McCloskey and Camarazza have described a differentiation between the nature of the alteration in numerical processing or reasoning (understanding and production of numerical characters) with respect to those more relative to the calculation process (procedures for carrying out arithmetic operations).

In relation to the first type of difficulty, a distinction must be made between two components, which can lead to two types of alterations: the elements involved in the production of Arabic numbers and those involved in the production of verbal numbers. This last component consists of two procedures: lexical processing (phonological, related to the verbal sound of numerical characters, and graphological, a set of written signs and symbols) and syntactic processing (relations between elements to give a global meaning to the numerical expression).

In reference to the alterations in the calculation it should be noted that adequate functioning must be available at the level of prior numerical processing, since the ability to understand and correctly produce the numerical elements that confirm a given mathematical operation, as well as the relationships between the different arithmetic characters and their functioning, is known to be necessary.

Even so, with adequate numerical processing capacity, there may be difficulty either in executing a correct order in the sequence of steps to be followed to carry out this type of procedure or in memorizing the usual arithmetic combinations (such as multiplication tables).

Psychoeducational disorder due to lack of attention

The Psychopedagogical Disorder takes place when the student is not able to assume the objectives at a psychopedagogical level proposed for that specific academic year. This fact results in an accumulation of unachieved psychopedagogical learning which piles up in subsequent courses if it is not detected and acted upon at the time when the first confirmatory indicators are observed.

The subjects most frequently affected are the elementary ones : language and mathematics. Usually the origin of this type of complication derives from:

This type of disorder differs from ADHD since the latter must meet criteria in all three affected areas: attention, impulsivity and/or hyperactivity.

As for intellectual giftedness, there are several factors to be considered in the prevention of school failure in students with very high intellectual capacities:

It is very important that the educational community becomes aware and assimilates that this type of group presents particular characteristics and, therefore, special educational needs.

Once the previous point has been overcome, an adaptation of the general education system must be made to create educational institutions (schools, institutes, universities, etc.) that can cater to this type of student body. Equally important is the fact of providing these institutions with the material, economic, personal and professional resources that allow the institution itself to offer its educational service appropriately.

The Myth of Chronological Age

Another important issue is that the traditionally accepted idea that an academic year should correspond to a certain chronological age should be banished. It seems to be assimilated to a greater extent in the case of repeaters, but not so much in the case of those who have to go further. As it has been transmitted throughout the syllabus, each student presents some particularities and it must be the educational system that adapts to the characteristics of the student and not the contrary. Thus, the consideration of implementing curricular adaptations for this group should be applied without reticence and in a generalised manner.

Therefore, the objectives to be pursued in such curricular adaptations should be aimed at

After what has been explained in the text, it seems relevant to consider all the factors that are causing such high dropout rates .

Far from blaming the presence or absence of willingness to learn exclusively on the student, there are many other aspects related to the type of teaching that is given, the pedagogical methodology applied, the habits and values transmitted by the family in relation to learning that must also be taken into account in order to achieve an improvement in the objective of reducing the current percentage of school failure.