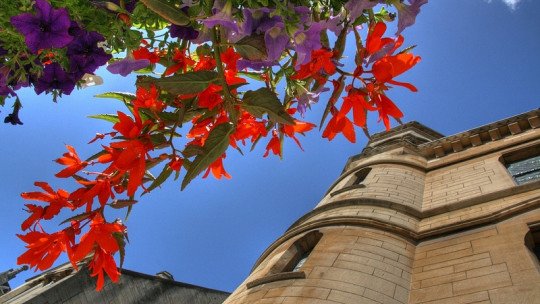 Research centred on the study of primary school pupils in Barcelona suggests that children who attend schools with vegetation and natural spaces nearby tend to develop their cognitive skills better . The results have recently been published in PNAS .

The research team tested the students’ skills in terms of concentration and working memory, which is the ability to keep something in mind temporarily to carry out a task. The result of the data analysis shows how students attending a school surrounded by green spaces perform better in these dimensions. Furthermore, differences in the socio-economic status of the children’s families do not explain this finding.

Part of the reasons why pupils in schools surrounded by vegetation might be performing better could be found in the quality of the air they breathe , as revealed by analyses of the concentration of pollution . All plants provide the environment with clean air, but trees and shrubs also act as barriers to air currents polluted by car fumes. The same effect of physical isolation occurs with noises coming from urban environments , which makes it easier for students to concentrate on their tasks.

In addition, the presence of areas with vegetation could enhance the use of the environment for sports. Since regular exercise helps to reduce stress levels and can improve performance in certain cognitive areas , it is very possible that students who attend schools immersed in a green environment feel more stimulated to attend class and easily assimilate what they learn, as they are not distracted and their minds are well trained to attend.

The environment affects us more than we thought

The social and urban implications are more or less evident: replacing concrete patios and urban environments with wooded areas could have a positive impact on the way classes are used (and, in the process, improve the health of students and professionals at the centre). Of course, not all schools have the possibility of opening up to natural spaces as they are located in the centre of large cities, but directing efforts towards placing even a few wooded areas on school grounds could be a quick and simple way of helping young people to better train their mental capacities.

Childhood is a time when minimal changes in context can powerfully influence cognitive development , and staying close to areas unmodified by human labour need not be too much to ask.