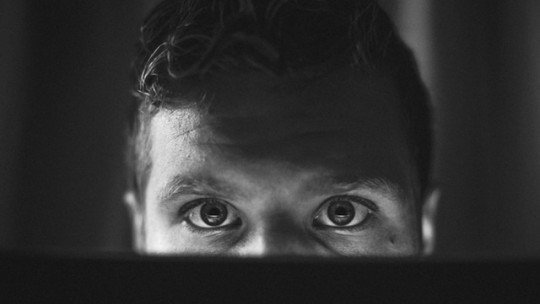 One of those interesting psychological concepts is the one we will explain today, through its definition and the theories that have addressed it. We are talking about selective attention .

Selective attention , also called focused attention , refers to the ability of an organism to focus its mind on a particular stimulus or task , despite the presence of other environmental stimuli. In other words, it is when a person gives preference to certain stimuli and is able to attend to relevant stimuli and inhibit distractors. Its function is essential due to the limitation of the attentional capacity.

To exemplify this, you can imagine that you have a shelf full of shoes, and that, since you are going to run with some friends, you need the “running” shoes. As you have to look for the shoes you need to wear, this task requires selective attention, so you focus your attention on the ‘bamboos’ to find and wear them.

There are several theoretical models that attempt to explain the functioning of selective attention. The best known are those of Broadbent, Treisman, and Deutsch and Deutsch. All these models are known as filter or bottleneck models because they predict that we cannot attend to all the sensory inputs at the same time, so they try to explain why the material passing through the filter is selected.

But what characterizes each model? Here’s what we explain.

Donald Broadbent’s model is one of the best known when trying to explain attention processing and specifically selective attention. This work began with the study of traffic controllers during the war. Broadbent noticed that these professionals because they receive many continuous messages that require attention, and they are faced with a situation in which they can only deal with one message at a time, so they have to decide which one is the most important. Broadbent designed an experiment with “dicotic listening” to investigate the processes involved in changing the focus of attention.

Broadbent thinks that the information from all the stimuli that are presented at a given time enter the “sensory buffer” , also called short term storage . One of the inputs is selected for its physical characteristics to pass the filter. Since we have a limited capacity to process information, the filter is designed to prevent the information processing system from becoming saturated.

Sensory inputs that are not selected remain briefly in the sensory buffer, and if not disappear quickly. Broadbent assumed that the filter rejected unattended messages in the initial stages of processing.

His research and the task of dicotic listening

In his research, wanted to know how individuals were able to focus their attention selectively , and to do so he deliberately overloaded them with stimuli.

One of the ways Broadbent achieved this was by sending simultaneous and different messages (a three digit number) to the right and left ear. The participants were asked to repeat the messages while listening to both messages. This is known as a “dicotic listening task”.

The scientist was interested in knowing how the digits would repeat. Would they respond in the order they heard them? Broadbent observed that the digits of a channel always repeated together. For example, if the left ear heard 673 and the left ear heard 987, the subjects responded 673 987, or 987 673.

The results of his research led him to state that we can only pay attention to one channel at a time (in dicotic listening each ear is a channel, so the other is lost). The information that is lost will depend on the characteristics of the stimulus and the needs of the organism. In addition, as already mentioned, the filter, which selects a channel for attention, does this by taking into account the physical characteristics: for example, the ear through which the information entered, the type of voice. Therefore, the meaning of what is said is never taken into account by the filter. All semantic processing, i.e. understanding what the message is saying, takes place after the filter.

This model has been criticized for, for example, not defining precisely the nature and functions of the processing system , not providing enough information about how information can be transferred from one storage location to another, and considering the working memory as a passive storage location.

Selective attention requires that stimuli be filtered out in order to direct attention. As explained above, Broadbent suggested that the material selected for paying attention (i.e. filtering) is done before semantic analysis . Well, Treisman’s model maintains this idea of filtering, but with the difference that instead of removing the material, it attenuates it. Attenuation is like turning down the volume, so if you have four stimuli in a room (a crying baby, the television, a person talking on the phone, and the radio) you can turn down the volume of three to focus on the remaining stimulus.

The material that is not attended to seems to be lost, but if an unattended channel includes your name, for example, you may hear it because the material is there. In other words, the relevant message gets through the filter, but the irrelevant ones are attenuated so as not to overload the central processing mechanism. Irrelevant messages receive some kind of analysis, so some outstanding feature is detected and our attention is diverted to those channels.

Deustch and Deustch’s model states that all stimuli are analyzed and reach a meaning in order to select the input that will pass to the total consciousness . The selection of this input occurs depending on how important the stimulus is at that moment.

Unlike Broadbent’s and Treisman’s models, the stimuli are not filtered at the beginning of the cognitive process, but the filter would be present later in the process, and its main function would be to select the information that passes to the active memory.