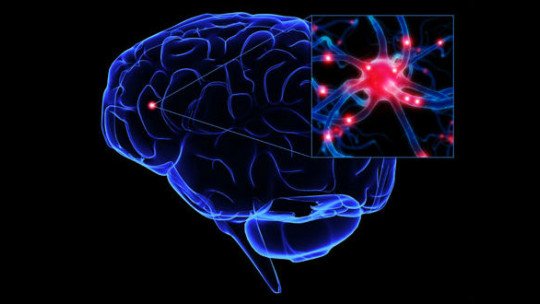 We call cases of selective memory those situations in which someone seems to show an exceptional ability to remember information that reinforces their point of view but is significantly forgetful about other information related to the first one but that they find uncomfortable.

We talk about this selective memory with derision, implying that it is a sign of argumentative weakness or that an illusory view is held on certain subjects . As if it were something exceptional, apart from the normative way of thinking.

The truth is, however, that selective memory is far from being a simple resource that some people use to hold on to beliefs and ideologies that can be compromised with some ease. Human memory, in general, tends to function the same way in all people, and not only with regard to specific and controversial issues, but also with regard to private beliefs and autobiographical memories.

In short, healthy people with good debating skills without constantly clinging to dogmas are also subjects who think and remember through the filter of a selective memory.

Memory is the basis of our identity . In the end, we are a mixture of our genetics and the experiences we have lived, and the latter can only leave a mark on us through memory.

However, this means that our identity is a compressed version of all the events in which we have participated directly or indirectly, as if each and every day that we have lived were archived somewhere in the human brain in equivalent amounts and in proportion to each other. To believe this would be to assume that our memory is reproductive, a kind of exact recording of what we have perceived and thought. And it is not: we only remember what is somehow significant to us .

This is what selective memory is all about. In making the content of our own memories linked to those values, needs and motivations that define our way of perceiving things, making some memories pass the filter to long-term memory and others do not.

Ever since psychologist Gordon Bower’s research showed the link between our emotional states and the way we memorize and remember all kinds of information, the idea that our memory works in a biased way even in healthy brains has gained much popularity in psychology.

Today, in fact, the idea that memory is selective by default is beginning to be well founded. For example, there are some studies that show that, deliberately, we are able to use strategies to forget memories that are not convenient for us , while lines of research dealing with the subject of cognitive dissonance show that we have a certain propensity to memorize basically things that do not question beliefs that are important to us and that, therefore, can be related to a clear meaning.

The process would go like this: we find information that does not fit with our beliefs and that, therefore, makes us uneasy because it calls into question ideas that are important to us and in defence of which we have spent time and effort.

However, the fact that this information has had an impact on us does not necessarily make it better memorized because it is relevant. In fact, its importance as something that causes us discomfort may be a reason, in itself, to manipulate and distort this memory until it becomes unrecognizable and ends up disappearing as such.

That the normal functioning of memory is selective is very relevant, since is further proof that our nervous system is made more to survive than to know the environment in which we live in a faithful and relatively objective way.

In addition, research on selective memory allows us to look for strategies to take advantage of this phenomenon by exploring techniques to make traumatic and unpleasant memories in general not a limiting factor in people’s quality of life.

Being clear that there is no single correct way of remembering one’s life path, but that we have the possibility of choosing between equally biased views of who we are and what we have done , can serve to eliminate prejudices about trauma treatment therapies and encourage us to look for adaptive ways of making our memory a factor that brings well-being to our way of life, rather than giving us problems.

Selective memory is proof that neither our identity nor what we think we know about the world are objective truths to which we have access simply because we have been around a long time. Just as our attention is focused on some things in the present and leaves out others, something very similar happens with memory.

Since the world is always overflowing with a quantity of information that we can never process in its entirety, we must choose what to attend to, and this is something we do consciously or unconsciously. The exception is not what we are not aware of and that we don’t know well, but what we do have a relatively complete knowledge of. By default, we are not aware of what happened, what is happening or what will happen.

This is partly positive and partly negative, as we have already seen. It is positive because it allows us to leave out information that is not relevant, but it is negative because the existence of biases is introduced. Being clear about this will allow us not to have unrealistic expectations about our ability to know ourselves and everything around us.