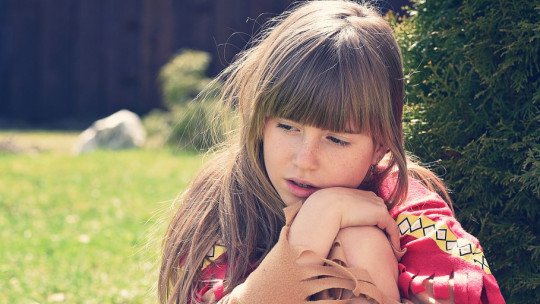 When he’s at home Javi is a very lively and cheerful child, who is always asking his parents about how things work and telling them his thoughts and dreams. However, one day the teachers at his school call his parents to tell them that the child does not talk to his classmates or teachers, remaining mute at the attempts of others to interact with him even though he usually responds with gestures.

Although at first they thought it was mere shyness, the truth is that he has not spoken a word since the beginning of the school year two months earlier. After arranging and carrying out a medical and psychological examination of the child, Javi was diagnosed as suffering from the disorder known as selective mutism .

The aforementioned disorder, selective mutism, is a form of childhood anxiety disorder in which the individual suffering from it is unable to speak in certain contexts.

The symptoms of selective mutism are the decrease and disappearance of the ability to speak in certain circumstances or before certain people, generally before people outside the circle closest to the child. This apparent lack of capacity only occurs in these circumstances or situations, so that in other contexts or with relatives in whom the child feels safe, he or she communicates normally. It is not that the child lacks communication skills or that these have deteriorated for some reason, but simply that the child cannot put them into practice.

These symptoms occur for at least one month without any relevant change that would justify the appearance of a possible shyness. Nor is it a difficulty caused by a medical illness that could justify the lack of oral communication.

Although the term selective may make it appear that the lack of speech is intentional, in a large number of cases it is not. In fact, it is frequent that the child actually wants to express him/herself despite being unable to do so, and sometimes resorts to strategies such as the use of gestures. In spite of this, in some cases it does happen intentionally, as an attempt to show opposition to a situation or person.

Thus, selective mutism implies a high level of anguish and suffering , in addition to producing a significant alteration in the social and academic life of the child.

The diagnosis of selective mutism requires that the presence of medical diseases be ruled out or that the lack of speech be due to insufficient development of this ability to allow oral communication.

The causes of this problem are mainly psychological , specifically the presence of anxiety. It is an affectation similar to social phobia (in many cases comorbid with selective mutism), in which there is also a fear of being judged and evaluated. The risk and pressure when they are the center of attention make the subject not act, which has been understood as a response learned through conditioning.

It has also been observed that there is some hereditary family influence , since this is a more frequent disorder in families with anxiety or mood problems.

Because of the absence of speech, selective mutism can make the sufferer appear hostile and uninterested in communication , which reduces social contact and can lead to rejection of the child in question. This fact feeds back into the situation of mutism by producing greater tension and anxiety when judged negatively by others

While sometimes the disorder subsides after several months, in other cases it can last for years, making it difficult for the child in question to adapt socially. The participation of the family and the environment is fundamental . It is especially important not to criticize the child’s lack of speech, which can reduce their self-esteem and worsen the situation. Teaching forms of socialization, highlighting their strengths and supporting their efforts are very useful.

One of the most common types of psychological treatment in cases of selective mutism is the use of different therapies for exposure to phobic stimuli together with the management of contingencies that may affect the emission or non-emission of speech.

Exposure to situations must be gradual and careful. Progressive immersion is also useful, for example by transferring people with whom the child is not afraid to communicate to environments that are more problematic for him/her . Over time, a stimulating fading of the stimulating fading will take place, in which stimuli and people who provide security to the child are gradually removed so that the child will eventually start to communicate in other contexts.

Filmed and tricked self-molding is also a fairly common technique: it records the child interacting with those close to him in situations where he does communicate verbally and then modifies the recording so that it appears that he is communicating with others. In the video, the child will move forward in a hierarchical way, making him respond first in a monosyllabic way and gradually increasing the level until he speaks spontaneously.

It also seems to be effective the use of modeling and theatrical activities , in which the child can see how others interact and at the same time can gradually begin to express words that are not his own but those that come in the script, so that their content cannot be judged. Little by little, the child will be able to incorporate his own ideas into the conversation. The level of complexity can be increased by changing the place where the videos are made, first making videos in very safe environments and then gradually moving away from them.

There are also some social skills training programs that can help the child to gradually let go and express himself. Cognitive behavioral therapy has also been shown to be effective in helping the child restructure his or her thoughts and beliefs about how he or she is seen by others.