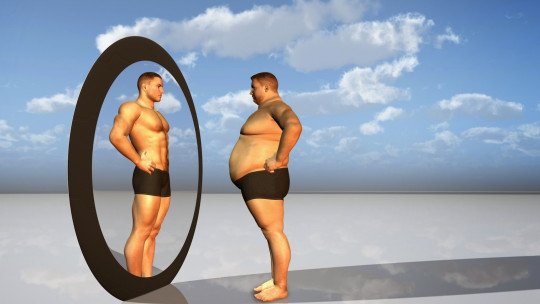 In psychology, one works with ideas and concepts that, many times, can cause confusion.

The self-concept , for example, is one of the most widely used theoretical constructs, but that does not mean that everyone understands what we are talking about when we use this term. Its meaning is not as intuitive as that of the word self-esteem and, in turn, it is not always easy to understand what it is about if we ignore some assumptions from which current psychology works.

So… what exactly is self-concept? Throughout this article we will see what the characteristics of this psychological phenomenon are, what implications it has for mental health, and why it is important to devote resources to keeping it in good condition.

The self-concept is the image we have created about ourselves . Not just a visual image, of course; it’s more about the set of ideas that we believe define us, on a conscious and unconscious level. This includes a practically infinite amount of concepts that could be included in this “image” about ourselves, since each idea can hold within it many others, creating systems of categories that are one within the other.

Thus, it could be a component of our self-concept our idea of what shyness is, but also a rough idea about our intelligence. There are a multitude of elements that can be a constitutive part of this image of oneself, and self-concept serves to encompass them under one label.

Thus, if we assume that a person’s mind is made up of a network of concepts that partially overlap each other (for example, “rose bush” overlaps a little with “plant” and with “red”, if we imagine the flowers of that color), self-concept is the point at which different ideas and beliefs overlap at the same point, causing the concept of “I” to emerge from this combination, something that is present in animals with the ability to create and interpret abstract concepts.

In short, the self-concept is the set of characteristics (aesthetic, physical, affective, etc.) that serve to define the image of the “I”.

Some keys to understanding what self-concept is

These are some explanations to qualify the meaning of the term self-concept; some of its main characteristics.

1.It is relatively stable

It makes sense to talk about the existence of the self-concept precisely because it is possible to find some guidelines and defining characteristics of each person that tend to be always there . If the self-concept varied totally every second, it would not exist.

That’s why many psychologists dedicate part of their efforts to discovering what defines people’s self-concept. This can be used to treat problems in clinical psychology, but also, for example, to establish population or consumer profiles.

On the other hand, the self-concept can evolve over time, but not abruptly, and always following rather gradual and smooth trends. It can also change through psychotherapy, in which tools such as cognitive restructuring help to modify beliefs about oneself.

Although it tends to remain relatively the same over time, the self-concept is far from static . It is constantly changing, just as our experiences and the course of our thoughts constantly vary. However, the fact that our self-concept does not always remain the same does not mean that it can accommodate any idea about ourselves.

It is clear that something that we considered totally alien to our way of being or behaving can, after a while, become part of the set of things that we consider to define us. However, this does not change the fact that, at first, this idea or quality was not part of our self-concept, and that only with the passing of days has it been able to be encompassed in it.

We find numerous examples of this variability of self-concept in adolescents. Adolescence is a time when the ways of understanding reality, of feeling and of relating to others change abruptly. And these “shocks” occur, of course, also in the way these young people see themselves. It is very normal to see how adolescents totally renounce an aesthetic and a system of values that, soon afterwards, will be integrated into their self-concept .

The self-concept is a theoretical construct that psychologists work with, not something that can be isolated in a laboratory . This means that, where the self-concept is expressed, there are also other elements: an emotional and evaluative tinge to oneself, the influences of ideas associated with each other, the influence of culture on the way one conceives oneself, etc.

4. The distance between ideas is relative

This is something that derives from the previous point. Normally, people don’t understand that all those ideas that are encompassed within our self-concept define us equally , in the same way that there are certain elements that remain on the borderline between what defines us and what does not. That is why everything we talk about when we talk about self-concept is relative. We always value the extent to which we are defined by something compared to another element.

For example, we may not be big fans of a sportswear brand, but when we think of other types of clothing that we perceive as totally alien to us (to put a case, a folk costume from a remote island), we consider that this brand is quite close to the set of ideas that populate our self-concept.

5. There is a difference between self-concept and self-esteem

Although both ideas are similar, self-concept is not the same as self-esteem . The former serves only to describe ourselves, while self-esteem is the concept that refers to our way of valuing ourselves. In other words, self-concept serves to refer to the cognitive side of our way of seeing ourselves, while self-esteem has its reason for being in the emotional and evaluative component from which we judge ourselves. Both theoretical constructs, however, refer to something subjective and private.

In addition, the term “self-concept” is often used, assuming that it includes both self-concept and self-esteem. However, to get rid of doubts, it is advisable to use these terms separately .

6. It is related to self-awareness

There is a self-concept because we are aware that we exist as an entity differentiated from the rest. That is why, at the moment we begin to perceive the presence of things that are alien to us, a form of self-concept is already being born, however rudimentary it may be . It is a dialectic in which one concept gives rise to the existence of another.

7. Is sensitive to the environment

The term self-concept can lead us to the error that this is a mental phenomenon that appears without further ado in people, and whose only relationship with the environment is from the inside out: it affects how we behave and act by modifying the environment, but it is not affected from the outside. This is a mistake.

Self-concept is a dynamic process, caused by a mixture of interactions between genes and the environment. For this reason, it is not isolated within people, but rather our experiences and our habits make it evolve. This is the reason why self-concept is very much linked to our social life, and it is through language, a phenomenon that arises from collectivity, that we are able to reach an idea of “I”.

The self-concept allows us to make inferences about everything that has to do with the way we behave and the way others behave towards us. If, for example, we believe that we are not good at football and assume that our peers value that negatively, we will tend to believe that in that social circle the chances of having a good status are reduced, and we may choose to meet new people.

The term self-concept can make us think that this is one more piece of the brain, an element that makes us emit certain types of behavior and not others. However, there is a paradigm in psychology that denies this type of definition of self-concept.

For behaviorism, self-concept is not an internal phenomenon of human mind, but a behavior, a way of performing certain actions ; more specifically, a way of making verbal assessments about how we usually behave in relation to what surrounds us.

Thus, we must not lose sight of the fact that self-concept always exists in relation to the material world in which we live, and not in an isolated way in our body.