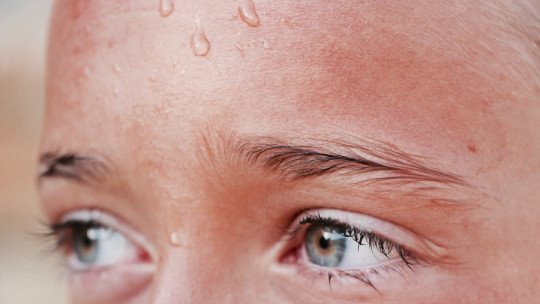 It is likely that on some occasion, while travelling on public transport, some of the people reading these lines have experienced how some of the passengers gave off an aroma considered as unpleasant, such as the smell of sweat, humidity or some food or drinks.

And the truth is that the idea that one could generate this type of smell oneself is aversive, since practically nobody likes to smell badly (something that can testify to the fact that there is a whole industry that manufactures perfumes, fragrances and deodorants).

But although the idea of smelling bad can be unpleasant, most people just take care of their hygiene and try not to have a bad smell, without worrying too much about it even if they do give off a bad smell. However, some people can develop a real fear of smelling bad, to the point of developing a phobia of it that can be so severe that invalidates much of their daily activity. It is the autodysomaphobia . Let’s see what it is.

The phobia or fear of smelling is called autodysomaphobia, although sometimes it also includes the fear of bad smell in general, even if it comes from others. This is a specific phobia of a situational type, although it is strongly related to social phobia since in this case the fear would be linked to a great extent to social judgment derived from bad body odor.

A bad body odor is usually associated with poor hygiene (although there are other factors that can explain this, such as having done sports, wearing excessively warm clothes or suffering from certain diseases), which is often socially disregarded and generates rejection.

As a phobia , we are facing a reaction of fear or very intense terror towards a certain stimulus , which is generally recognized as irrational and excessive with respect to the real risk it entails. This fear triggers an anxious response to the exposure to the stimulus, which in turn may cause the appearance of physiological symptoms such as tachycardia, sweating, tremors, hyperventilation, pain or chest pain among others, and may even trigger an anxiety crisis.

Likewise, the anxiety generated by the exposure or the idea of being close to the stimulus in question causes the person to avoid the stimulus or all those contexts or stimuli that may be associated with the one that generates the fear. In this case, the fear would be the bad smell and/or the fact of smelling bad.

The fact that smelling bad or the idea of being able to emit a bad smell generates so much panic and anxiety may seem harmless, but the truth is that it can be very limiting at all levels for the person with this phobia.

The fact is that those who suffer from autodysomaphobia can suffer a great deal. It should be noted that the person may be hyperaroustic about the slightest body odour that he or she may consider aversive, and may even develop some obsessive checking behaviour or even show a tendency to consider that he or she smells bad when he or she does not, or to consider that any comment about odours is directed at him or her.

Moreover, paradoxically, the anxiety felt itself favours exposure to the reason for their discomfort: the increased activation could make us sweat , something that could make us smell bad, which in turn would generate more anxiety.

This phobia affects all levels, and whether it is to prevent others from smelling our bad smell or to avoid smelling the bad smell of others. It is common to avoid large crowds and stay in groups. It is also common to avoid public transport or small premises, such as discotheques and bars. Personally, this phobia can lead to difficulties in interacting with other people and even at a couple level , and complications can also appear at a work level if the work requires contact with others.

Massive and excessive applications of perfumes or deodorants can be used, which in turn can paradoxically generate an excessively strong and unpleasant smell and even generate skin irritations, and even avoid going out in the street.

You also tend to avoid those things and actions that can make you smell bad. In this sense, you can stop physical activity and exercise, avoid sexual relations and, depending on the case, even avoid cooking or eating foods that can generate flatulence and gas.

The causes of this phobia are not fully known, but there are some hypotheses about it. Furthermore, it should be taken into account that there is no single cause, but that it is considered to be the product of the interaction of multiple factors that predispose us to suffer from it .

One of the main hypotheses that could serve as an explanation is the existence of some traumatic or painful experience of rejection of the bad smell, either to the subject himself or to another loved one, who has been judged, criticized or rejected for this reason. Likewise, it is possible that a traumatic experience has been lived in which bad smell and suffering have been associated, such as the vision or experience of a murder, a rape or an abuse by a subject with bad body smell (in this way, the bad smell of oneself or of others would be a highly aversive element when associated with the trauma).

Another possible reason could be in the modelling and learning of parental models or of an environment in which bad smell is always judged. It could also be that a person with a previous social phobia ends up linking possible social rejection with body odour. This would create a cognitive pattern in which the bad smell would amount to something painful or extremely embarrassing that over time some stressor or triggering event could reactivate.

There would also be predisposing factors at the personal level, with these people often having a low self-esteem base and being insecure, often wanting approval and social reinforcement and with high sensitivity to both rejection and disgust.

As with all phobias, autodysomaphobia can be successfully treated in psychotherapy . And among the techniques that are most successful is the exposure technique, which is mainly based on making the subject face the situations that generate anxiety and fear in a gradual way so that this anxiety ends up diminishing by itself and ends up becoming controllable. In this sense, it is necessary to elaborate a hierarchy of exposure that allows graduating the level of anxiety that each situation generates, so that the subject starts facing situations of medium level to gradually increase.

Exposures may be to odors or to activities that can generate them, or to situations where these types of stimuli may be present. Once the therapy is advanced, the subject could be made to do an activity that would make him smell bad and expose himself in public, although it would also be advisable to work on cognitive elements first.

It will be necessary to work in depth at a cognitive level , evaluating what the bad smell implies for the subject, when the problem started and what it is associated with, to what extent the phobia generates incapacity or harms his daily life and the beliefs, emotions and thoughts that may be sustaining the problem. It would also be useful to help relativize the importance of smell through cognitive restructuring techniques, helping to modify the beliefs and thoughts of the subject in a way that makes them more functional.

Bearing in mind that this is a phobia closely linked to social issues and that behind this type of phobia there may be a deficit of social skills, it may be advisable to carry out training in these types of skills, as well as stress management. Relaxation techniques can be beneficial in combating anticipation and leaving with a lower level of anxiety, but should never be used as a method of active anxiety avoidance (as this could negatively reinforce other avoidance behaviours). In extreme cases, anti-anxiety drugs may be used to reduce the anxiety level and to work properly.