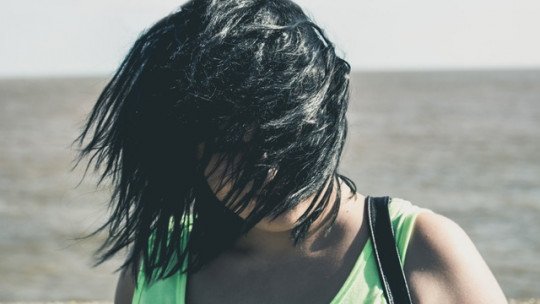 Do you know any particularly selfish people? Selfishness is an attitude towards life that we find hard to recognize in ourselves.

Egoism: we only perceive it in others

We have all known very selfish people in our lives, but it is much more complicated to detect these kinds of habits and attitudes in oneself. We prefer to believe that if we act this way sometimes, it is because we have not realized it or we try to justify it with any excuse that does not make us feel bad.

If you want to be able to identify the traits, behaviors and attitudes that selfish people have, we suggest you read on. We offer you six main characteristics of people who often act selfishly .

Selfish people: these seven attitudes give them away

We all know what it means to be selfish: to look only for one’s own benefit, and rarely move a finger for others if not because we are going to get compensation .

The antonym of selfishness, its opposite, is altruism , and it is defined by those selfless attitudes and behaviors that we do to help someone. Throughout this article we will know some characteristics that define selfish people; behaviors and daily habits that can warn us that we will only get their help if they get something in return.

1. Take advantage of the situation to benefit from it

It is quite frequent that they try to get some kind of benefit from everyday situations . These are small details that may go unnoticed, such as paying less at a dinner party among friends, always riding in someone’s car or copying on an exam.

Selfish people often look for small daily nooks and crannies to take advantage of a somewhat illegitimate form . We have all acted this way on some occasions, and it is nothing to worry about, but there are some individuals who go beyond this type of attitude and are experts in taking advantage of multiple situations.

If in point 1 we talked about the capacity of selfish people to take advantage of certain daily situations, in this second point we highlight their little propensity to share.

For example, when a friend eventually does not have money with which to pay for a movie ticket, they are very reluctant to offer to pay for them . It is the same with all material (and sometimes immaterial) possessions: they do not like to share them with third parties, preferring to enjoy them in solitude. They attach a lot of importance to exclusivity, to feeling good about being the only ones who can enjoy a new comic book, a video game, a book, a car…

3. They take the principle of reciprocity to the extreme

…or we could say they’re a little spiteful. If on her birthday she invites you to her party and you don’t give her any presents, she will probably not tell you anything but will blacklist your name , and forget about receiving any details from her in the future.

These people usually have a conception of human relations with certain economic schemes : they only give something if they are going to receive something in return. They are not used to having details in a disinterested way.

If you ask a selfish individual for a piece of gum or some water they have left in a bottle… forget about getting it. They will find an excuse to keep their few stocks for themselves , they will not risk running out of them.

To do so, they may resort to more or less credible justifications or lies. For example, it is quite common that, if you ask them for a piece of gum and they only have one left, they will assure you that they have run out.

5. They are afraid to lend anything

If you borrow something from a selfish person, it’s quite likely that he won’t give it to you unless there’s a good reason for him to do so (for example, that he might ask you for something in return, or that he reserves the favour for future use).

They think that lending that pen, book, record… will mean the possibility that it won’t come back to them. And they may even think, with an economist criterion “Why would I lend it out if not in exchange for something?” .

6. The law of minimum cost applies

These people are only willing to pick up a friend with their car if they live nearby , or if the site is on their way. They do not contemplate the possibility of going off course to do someone a favour.

In short, selfish people apply a criterion of efficiency to their social life , which can be unpleasant, too cold and calculating and unfriendly. Fortunately, we all have time to detect if we are a little selfish and start thinking differently, with principles and attitudes that help us connect with others and encourage empathy.