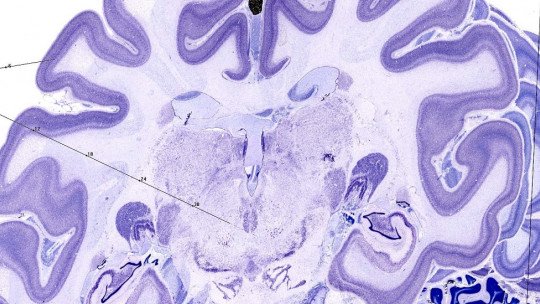 Memory is a psychological concept in which we usually think as if it were one single thing: the act of remembering what we had for dinner yesterday seems to have the same nature as remembering what the capital of Egypt is or what the steps of a choreography we have been practicing are like. However, from the perspective of Psychology this is not so, since there are different types of memory.

For example, part of memory is not made up of concepts, but of emotions and patterns and movements. However, within the type of memory composed of verbalizable aspects of knowledge, which is called declarative memory, there is also a subdivision. On the one hand there is the episodic memory, which is the one that contains memories about narrative information of our past experiences (like what happened to us yesterday when we went to buy bread), and on the other hand we find the semantic memory , in which we will focus on this article.

What is semantic memory?

In short, semantic memory is that which contains all the information relating to the concepts thanks to which we understand the world and ourselves. In other words, it is something like a storehouse of concepts about everything we know: the name of countries, the characteristics of mammals, the history of the region in which we live, etc.

In other words, semantic memory makes it possible for us to understand the environment in which we find ourselves and, also, ourselves, since it allows us to reflect on our personal characteristics.

Although , being a type of declarative memory, is composed of concepts , unlike episodic memory, it does not follow a narrative progression. The fact that Africa is a continent has nothing to do with an experience with a beginning, development and end, it is enough to know the term “Africa” and link it to a territory that we have been able to see on a map and that exists beyond that map, not only as part of an anecdote of our private life.

The information contained in the semantic memory can be understood as a pyramid of concepts; some of them are very general and are composed of other concepts, which in turn are formed by others, until they reach very basic and not very significant units of information because they are too specific.

Thus, it is a mental capacity that is expressed consciously and often voluntarily , for example, when we need to access relevant information to correctly answer a test question (something that does not happen with emotional memory, or not to the same extent).

All types of memory are crucially important and complement each other, but the case of semantic memory is special because thanks to it we are able to create the concepts necessary to develop language and to become capable of thinking abstractly.

If the non-declarative memory is useful when it comes to directing our behaviour based on our learning and the episodic memory allows us to understand the concrete context in which we live and why we have gone through specific situations, it is the semantics that generates all those ideas we need to build beliefs, expectations, objectives , etc.

Thus, this type of memory is closely linked to the ability to use language, which is nothing more than a system of symbols with an abstract meaning not linked to a particular place and time.

Parts of the brain involved

The differentiation between semantic memory and other types of memory is not simply theoretical: it is materially embodied in the brain.

For example, emotional memory is closely related to the activity performed by a part of the brain called the amygdala, while episodic memory is related to another structure called the hippocampus and the cerebral cortex.

Semantic memory also depends partly on the hippocampus, but less so than episodic memory. It is believed that, compared to the episodic, the importance of the general activity of the cerebral cortex is greater .

As each type of memory has several encephalic structures more oriented to it than the others, this means that certain neurological pathologies also affect some more than others.

In the case of semantic memory, it seems to be especially vulnerable to lesions in the prefrontal cortex, although alterations in the hippocampus also affect it a lot, as is the case with the episodic one.

However, in practice many pathologies that wear down our ability to remember concepts damage several areas of the brain at once. This is what happens, for example, with dementias; practically all of them play against this type of mental capacity, since they kill many neurons distributed throughout almost the entire brain (although more in some areas than in others).