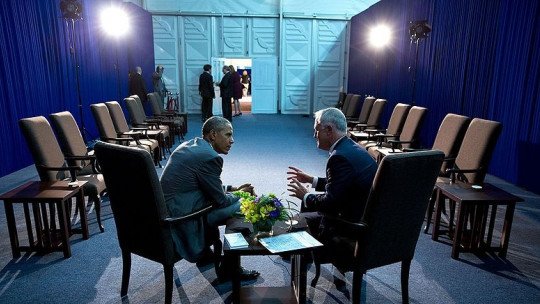 Semiotics, also known as semiology or theory of signs , is the study of how we use signs to create and transmit meaning and sense while we communicate.

It is a theory that has had important repercussions in the human and social sciences because it has helped us to deeply understand our communication, the interactions that we establish as well as some elements of the contexts where we develop.

Next, we review in a general way what semiotics is, what are some of its antecedents and the effects it has had on the social and human sciences.

Semiotics is the scientific discipline that studies the signs and the ways in which meaning is constructed and transmitted during communication . It is part of the theories of language, where the sign is defined as the minimum unit of a sentence; an element (object, phenomenon, signal) that is used to represent or substitute another that is not present; thus, the sign is an element loaded with meanings.

To study this, semiotics is divided into three main branches: semantics, pragmatics and syntax. Among its antecedents is Saussure’s theory of signs, which is also known as semiology.

In fact, the term semiology comes from the Greek “semeion” which means sign. Its antecedents can be found in the field of atomistic philosophy , and also in the 17th century, when John Locke spoke of semiotiké as a science or a set of principles to explain signs.

In the same century, the German philosopher Johann Lambert wrote a treatise where he addressed the same subject, already under the concept of semiotics. However, the most recognized precedent of this discipline comes from the 20th century and the studies of Ferdinand de Saussure and Charles Sanders Peirce.

Like any other discipline, semiotics has gone through different stages and has been transformed according to different philosophical and scientific currents . Zecchetto (2002), talks about three generations of semiotics: the first one arises approximately in 1950 and is characterized by structuralist thought; the second one, in 1970, has an approach that moves towards poststructuralism; and in the third one, around 1980, the question arises about the interaction between the text and the interlocutor, so it is an interactionist paradigm.

Although the answer depends largely on which author is asked, are generally terms that are used interchangeably .

However, there are those who defend that semiology is the theoretical description of symbolic systems in general; and semiotics refers to the study of particular systems, for example, images, fashions, cinema, advertising, among others.

At the formal level, and especially since 1969 when the International Association for Semiotic Studies (IASS) was institutionalized, only one term is recognized: semiotics; to cover the two types of study we have mentioned.

Beyond the text: semiotics of the image

Human beings communicate through almost all (if not all) of the things we do: what we say and what we don’t say; through our movements, gestures or postures, and even through more complex tools that involve our senses, such as advertising, movies, music, etc.

For this reason, semiotics is a science that has more than one method: it can investigate the meaning that is constructed and transmitted not only through oral language or written language, but it can also analyze, for example, an advertising poster and its elements (how its language is structured and used, the images or the aesthetic forms), and in this way understand what the meaning is , the meaning and even the effect or the relationship that one seeks to establish with the receivers.

Its importance in the social sciences

Semiotics has had an important impact both on the study of language and human communication, and on the understanding of the psychological and social phenomena generated through that communication.

This is why semiotics is so important in relation to the problem of knowledge , and to the way in which signs allow us to reach it.
In other words, semiotics, the study of signs, offers us a point of view on reality, and on the way in which things acquire and transmit meaning, which has been especially useful in extending the scope of the human sciences.

Some of his criticisms revolve around the fact that semiotics is a discipline that tries to cover too many things, thus making its methods diffuse and sometimes difficult to justify through traditional scientific methods.