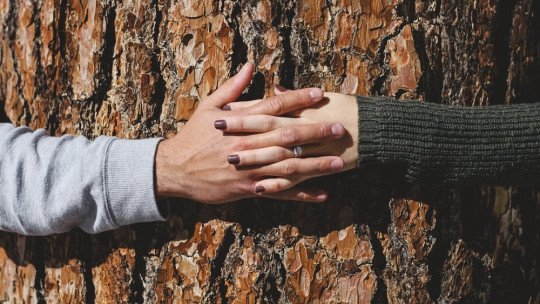 Although we use vision, touch and the other senses as if they were unique and coherent blocks of information that we all experience at the same time, the truth is that for various parts of the human brain to work well, they must work in coordination with each other.

Even if we believe that at a given moment our consciousness perfectly integrates what we hear, touch, see and taste, what actually happens is that our nervous system interweaves totally different data.

This is something that becomes evident in the cases in which a person suffers sensory integration disorder, an alteration that is relatively common in children and that we will see below. In fact, it is estimated that approximately 15% of school-age children have the type of problems associated with this disorder.

What is Sensory Integration Disorder?

This mental disorder, also known as sensory processing disorder , consists of an anomaly in neurological functioning that generates problems when processing data from the senses, the organ receiving the stimuli and the nerve connecting it to the rest of the nervous system being healthy.

For example, where there is sensory integration disorder, it is possible that certain relevant and unambiguous sensory information captured by the eyes is omitted or arrives “late” in consciousness and therefore does not generate an adequate reaction or within a reasonable period of time.

It is also common for people with sensory processing disorder to feel discomfort when they are “overloaded” with data from the senses, or on the contrary, lack of stimulation that makes them feel like they are living in a bubble .

For example, a girl may try to go somewhere else because what she has in front of her eyes is too complex, has too many colors, etc. That is to say, children with sensory integration disorder are more likely to notice an excess of stimulation even maintaining a passive and unexplored attitude of the environment, or on the contrary, a hyposensitivity

Unfortunately, the little that is known about this alteration makes it difficult to diagnose , although the number of registered cases is gradually increasing, both in minors and adults.

The main symptoms of this alteration depend partly on whether hypersensitivity to the stimuli or hyposensitivity is displayed. In cases where there is high sensitivity, characteristic symptoms are as follows:

For example, the child avoids being near bright lights , or shows very particular tastes in the clothes he can wear because he “itches” or feels them too much.

2. Clumsiness and lack of coordination

It is difficult for him to know where his body parts are at any given time , so he falls down relatively often and feels unskilled when handling objects.

The high sensitivity to sensory stimuli whose information they cannot process well makes these children more easily distracted, as they keep their minds occupied with this kind of complication .

For those experiencing hyposensitivity, the warning signs are:

This can lead to asking for tight clothing, for example, or asking for hugs at all times.

They seek constant stimulation through various means, and try to find places with many elements to play , interesting sounds, etc.

Even if their body is damaged, they react in a relatively weak way.

Some children with this disorder fear the possibility of changing the position of their head and becoming “out of place” because of this change.

Sensory integration disorder is not a totally homogeneous phenomenon, but the diversity of known cases makes one think rather of various sub-categories. These are the types of sensory processing disorder that are considered so far:

This variant is characterized by low sensitivity to stimuli . For example, it does not take long for a person to react to a new stimulus after being exposed to several that are exactly the same.

In these cases, the “lag” with which the sensory information arrives makes it difficult to coordinate one’s movements when trying to adapt to the changing environment and offer different sources of stimuli.

Significant difficulties appear when distinguishing clearly different stimuli , or it is achieved but after trying for too long.

The causes of the sensory integration disorder are not known, although it is estimated that a dysfunction of cortical areas involved in the advanced processing of sensory information must be related, since it is not exactly non-deafness, blindness or anything similar: it is a mismanagement, by the brain, of the data that are coming from the senses.

In this sense, cortical association areas and white matter areas, which are those that communicate between parts of the brain in charge of processing different data sources, could be involved.

There is no known definitive cure for this disorder, although there are proposals for intervention aimed at mitigating the harmful effect that the symptoms have on the quality of life of children and adults who experience it.

Sensory integration therapy , in particular, involves the person in learning tasks that require coordinating their senses at the same time in real time with the aim of creating opportunities for the corresponding areas of the brain to get used to working with each other through brain plasticity.