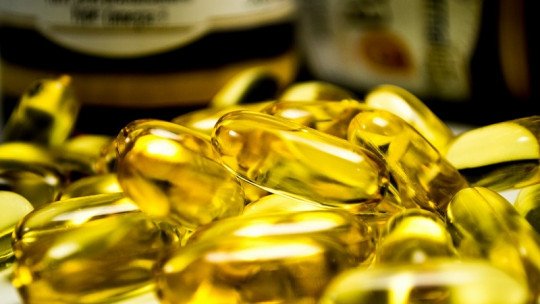 Serotonin (5-HT) is a neurotransmitter produced by the body, and is necessary for the proper functioning of the organism for various reasons since it is responsible for regulating certain physiological processes. But excess serotonin causes Serotonergic syndrome , a set of symptoms of varying severity that affects individuals taking antidepressants.

Its most common cause is an overdose or an interaction between drugs that have the ability to increase the release of serotonin.

In this article we explain in detail the functions of serotonin regulation:

“Serotonin: the 6 effects of this hormone on your body and mind”

The importance of Serotonin for the body

Serotonin is a chemical that neurons communicate with, that is, a neurotransmitter . It is synthesized from tryptophan, an essential amino acid supplied by the diet because it is not manufactured by the body. Some foods that contain tryptophan are: oats, wheat, almonds, eggs or oily fish.

But despite the fact that many people think that serotonin is only found in the brain (acting as a neurotransmitter), the Central Nervous System (CNS) only contains 5% of 5-HT, since the small intestine produces the rest , and this serotonin never reaches the brain, but has other functions in the body (for example, it regulates the state of contraction of the smooth muscles of the blood vessels).

Although serotoninergic neurons are present in smaller numbers in the brain, their functions in the CNS are very varied, as these neurons are highly branched and carry out a large number of synapses. Some of the most relevant functions of serotonin are: to regulate appetite, to regulate positive and negative moods, to intervene in the filter of sensations (so it is related to concentration), to control the level of body temperature, etc.

Serotonergic syndrome can be fatal

Excess stimulation of serotonin on the post-synaptic 5-HT1A and 5-HT2A receptors at the central and peripheral levels has negative effects on the body that can be very serious and even fatal . The set of symptoms attributed to an excessive activity of the serotonergic neurotransmission on these receptors is known as Serotonergic Syndrome, and was originally described by Oates in 1960.

In recent years, the use of antidepressants has become very fashionable, and this is the main cause of the increase in cases of this syndrome. Antidepressants that inhibit the reuptake of serotonin are the treatment of choice for depression, anxiety disorders, generalized anxiety, obsessive-compulsive disorder, post-traumatic stress, premenstrual diaphoretic and bulimia nervosa.

The symptoms of the Serotoninergic Syndrome begin within a few hours of the overdose or interaction between drugs that increase the presence of serotonin, and are characterized by what is known as the triad: autonomic, neuromuscular and neurological dysfunction. If it is not diagnosed in time and the appropriate measures are taken, serotonergic toxicity is associated with high mortality .

The characteristic symptoms are varied and can be mild or severe. The following is the symptomatology presented by an individual with Serotoninergic Syndrome: 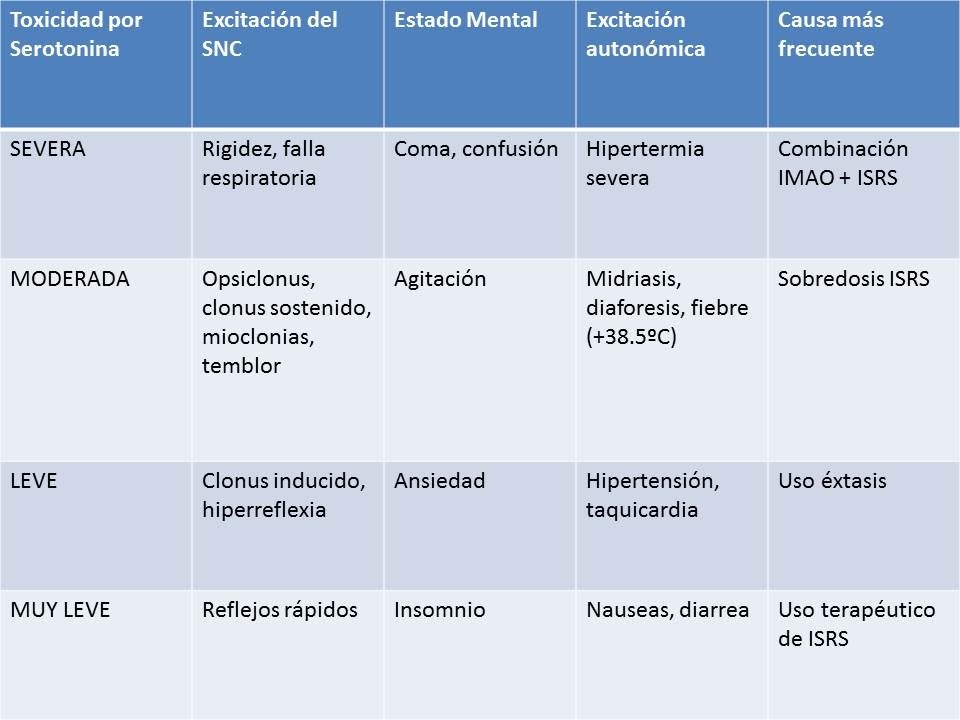 To treat the Serotoninergic Syndrome adequately, it is necessary to have an updated pharmacological history , which includes medications or substances of over-the-counter and phytopharmaceuticals.

Mild and moderate cases of serotonergic toxicity may resolve within 24 hours of stopping drug treatment, but much depends on the half-life of the substances involved. Severe cases require immediate hospitalization and intensive care, as the patient may suffer severe hyperthermia, rhabdomyolysis or respiratory failure.

For treatment, even in mild cases, benzodiazepines are commonly given to reduce agitation, pseudo-convulsive movements and muscle stiffness. Correct hydration, control of autonomic instability or control of fever is usual as a support measure.

Cyproheptadine (Periactin), an H1-antagonist drug with activity on 5-HT2A in smooth muscle and with anticholinergic and anti-serotoninergic properties is beneficial in reversing antidepressant effects, and a single dose can block approximately 85-95% of serotoninergic receptors.