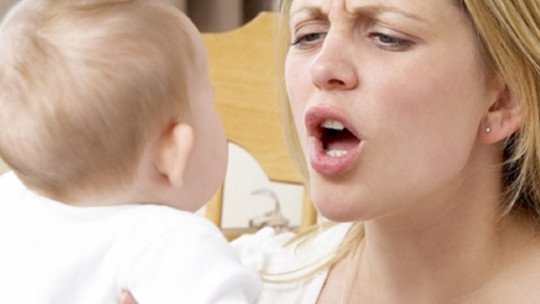 A large part of the population has a desire to have children. Being a parent is a dream for many, who find the idea of raising, educating, giving affection and ultimately helping a fragile and vulnerable being to grow up and see the world exciting and motivating. Most people experience the willingness to protect children.

However, some parents abuse their children by carrying out actions such as violently shaking them when they cry continuously in order to silence them. This type of abuse can cause severe brain damage in an organism as fragile as a baby’s. This is what happens in cases of shaken baby syndrome .

Shaken baby syndrome is the name given to the set of symptoms presented by babies who have been subjected to shaking (usually caused by the action of an adult) without external trauma. These symptoms are the result of an intracranial injury resulting from being violently shaken.

Shaking results in a brain injury that can be very severe, which is capable of causing the death of the baby (in fact it is one of the most frequent causes of infant mortality), or sequelae of considerable severity. This syndrome tends to appear in babies under three years of age.

Although the lesions can be variable , it is generally considered that there are three that are present in most cases of this syndrome and allow its diagnosis: retinal hemorrhage, encephalopathy or brain damage (such as diffuse axonal damage) and subdural hematoma. Hydrocephalus is also common.

The symptoms of these lesions can be very different depending on the areas that are damaged, but usually occurs with diffuse axonal damage . It is common for the infant to begin to have epileptic seizures, lethargy, hypotonia or loss of muscle tone, anorexia, vomiting, or breathing problems. In addition, they can have serious long-term consequences.

In addition to the symptoms mentioned above, damage to the brain often results in severe and permanent sequelae.

Among these consequences, the appearance of intellectual disability of variable severity stands out. It is not strange that cerebral palsy appears. On occasion, symptoms similar to autism, developmental delays and language disabilities may also be observed.

Also infections can arise that cause a swelling of the brain and worsen the child’s condition. It is also not uncommon for sensory disabilities such as acquired blindness or deafness to appear.

How does it happen?

The most frequent reason for the appearance of shaken baby syndrome, the cause of shaking, is usually the presence of crying by the baby that one or more adults try to stop with violence. This is usually unplanned abuse . In others it is carried out voluntarily and intentionally.

However, it has also been seen in some cases where attempts are being made to resuscitate a baby who has stopped breathing, in car accidents (for example a whiplash even though the child is wearing a seat belt) and even in some disorders similar symptoms can appear without the need for shaking (although the latter are detectable). This is why it should not be assumed that they are necessarily the result of maltreatment.

The shaking causes the brain mass to move violently and impact against the walls of the skull , as well as damage to the spinal nerves as the child’s neck is not strong enough to resist acceleration.

Problems and injuries are also considered to arise due to the presence of hypoxia or decreased oxygen reaching the brain regions during the shock due to respiratory disturbances caused during the shock and damage to the brain stem.

Treatment of this syndrome

Neural death caused by shaken baby syndrome has no curative treatment. Some of the symptoms may decrease over time and in some cases recovery is possible, but the overall prognosis is not very good . However, rapid intervention can be both life-saving and reduce the possible consequences.

It is important to drain extravasated blood from internal bleeding, as well as excessive spinal fluid if hydrocephalus develops. Also it is essential to decrease the intracranial pressure . This may result in less tissue being flooded or compressed.

Likewise, occupational therapy and other types of strategies can help affected children to recover functions, be stimulated or learn different strategies that can improve their autonomy and quality of life .

One of the main methods to stop the appearance of this syndrome is the establishment of preventive measures. In many cases, parents shake the baby because they do not know what causes the baby to cry and do not know how to stop it.

Prevention should be done through social awareness and information on the effects (although it may seem surprising many people do not know the damage a shake can do to a baby).

Attempting to educate through different programs such as the Period of Purple Crying offered by the National Center on Shaken Baby Syndrome can generate that in the face of the baby’s crying his caregivers are able to establish different strategies such as cooing, taking him for a walk or making white noise to calm him down while learning to manage the stress of the adult himself.

Obviously, if the abuse was intentional with the purpose of causing harm (such as as a result of vicarious violence), legal measures such as removing the individual from the baby must be imposed.