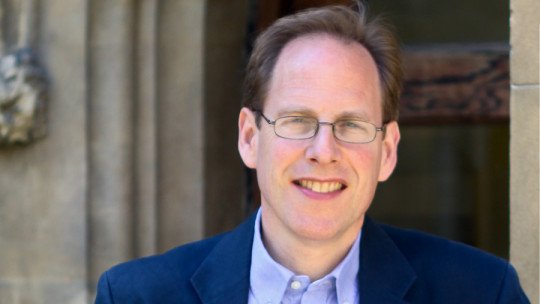 The field of autism has been studied for many years, as it is an increasingly diagnosed neurodevelopmental disorder. One of its major researchers is Simon Baron-Cohen, a British psychologist who has authored and co-authored such theories as “The Theory of Mind” and “The Autistic Male Brain”.

In this article we will see through a biography of Simon Baron-Cohen who this psychologist is , what his trajectory is and what he has discovered in relation to this disorder as complex as it is interesting.

Simon Baron-Cohen is a British psychologist, doctor of psychology, who was born on August 15, 1958 in London, England. He is also currently working as a professor of developmental psychopathology at the University of Cambridge, in the Department of Psychiatry and Experimental Psychology.

In addition, Simon Baron-Cohen is also involved in research on neurodevelopmental disorders (such as autism), and is Director of the Autism Research Centre , as well as a Fellow of Trinity College (University of Cambridge).

As for his training, psychologist Simon Baron-Cohen holds an MA in Human Sciences from New College Oxford, as well as an MA in Clinical Psychology from the Institute of Psychiatry at King’s College London.

D. in Psychology at University College London. The supervisor for her doctoral thesis was Uta Frith, a leading developmental psychologist, also an expert on autism.

Before going into the famous theories of Simon Baron-Cohen, we will explain that this psychologist has also been interested in new technologies and their use in disorders such as autism.

Thus, Baron-Cohen developed a software for children with learning difficulties or neurodevelopmental disorders (i.e. a special education program), called “Mindreading”. In addition, he also designed an animated series to teach emotion recognition and understanding for children with an autism spectrum disorder (ASD).

Thus, Simon Baron-Cohen has done a lot of work in the field of autism (also in his research). In fact, Baron-Cohen developed several theories about autism. The first of his theories speaks of a certain “mental blindness” characteristic of autism, mental blindness being understood as certain delays in the development of the theory of mind.

The theory of mind (TdM), developed by Simon-Baron Cohen, Uta Frith and Alan Leslie in 1985, attempts to explain the communication deficits present in autism, as well as deficits in social interaction. In addition, this theory forms the first diagnostic criterion for autism disorder in the DSM-5 (Diagnostic Manual of Mental Disorders).

What is Theory of Mind (TOM)? It is the ability of people without autism or another disorder (i.e., “neurotypical” people) to represent the mental states of others , in their own mind. That is, it involves understanding that others have different states, and that these may be different from our own.

This capacity usually appears in the early stages of child development, and is consolidated by the age of 4 or 5 (by the age of 7, virtually all children are developed). The ToM helps us to capture the social signals of our environment and to interpret them . In persons with autism, this capacity is altered (it is deficient), and may not even exist (although there are also degrees). However, fortunately, it is a capacity that can be worked on.

Following this theory, Simon Baron-Cohen also postulates another: through it he maintains that autism consists of an extreme form of “male brain”. This theory is called “Theory of the male brain” or “Theory of empathy-systematization”.

This theory holds that there are “two great types of brains”, male and female . The masculine ones have the ability to systematize, recognize and analyze patterns, and the feminine ones show greater facility for empathy and to better tune in to the emotional state of others.

Thus, according to the Male Brain Theory, people with autism have a more masculine (in fact, extreme masculine) brain, since their systematization skills are overdeveloped (versus empathy skills, more emotional).

It was in the late 1990s that Simon Baron-Cohen developed this hypothesis. Such a hypothesis sought to explain the differences between the two sexes, and analyzed them from a neurobiological and psychological point of view.

One of Simon Baron-Cohen’s most outstanding investigations is the one that shows that children with an autism spectrum disorder (ASD), show some delay in the development of the Theory of Mind (ToM), previously described. In fact, this research was the first study done on this topic, and Simon Baron-Cohen co-authored it.

Baron-Cohen continued his research on this topic, and eventually published two anthologies, entitled “Understanding Other Minds” (1993 and 2000).

Other aspects analyzed by this author and his team were the joint care (or shared care) of children with ASD . Let’s remember that joint attention is the capacity to share the focus of our attention towards an object or activity, together with another person, in a precise moment.

Thus, the studies of Simon Baron-Cohen and his research team related this capacity to the deficit in the Theory of the Mind of children with autism, postulating that this deficit has its origin in the absence of joint attention. Specifically, they suggested that the absence of attention at 18 months was one of the indicators of later autism .

As we can see, Simon Baron-Cohen has focused on studying the mind and brain of people with autism. Some of his studies suggest that there are certain differences in autistic brains, compared to the brains of people without autism.

These differences lie mainly in two brain structures: the amygdala and the orbital-frontal cortex . In fact, in relation to these findings, Baron-Cohen proposed another of his theories; this one in particular is called “amygdala theory of autism”.

One of Simon Baron-Cohen’s findings in relation to the autistic brain was in 2011, when he demonstrated (along with his partner Michael Lombardo) that a particular brain structure, the right temporoparietal junction, remained underactive (in the brains of autistic children) during tasks that allowed them to study the Theory of Mind.

Furthermore, the differences found in this brain structure were also related to variations in the social deficit of these children.