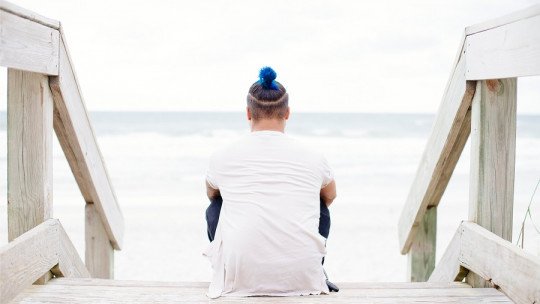 We live in a society that practically forces us to be married . Having a partner, getting married and then having children is considered the normal pattern of behaviour.

When someone doesn’t have a partner (and doesn’t need one to feel fulfilled), people around them begin to question the reason for this: “Why is he single? Why doesn’t he want to be with anyone?”

Well, according to scientific studies, single people enjoy greater well-being and emotional balance than people who are married . In this article we explain this.

There are more and more divorces…

There is much talk today of the number of divorces that are taking place and that fewer and fewer people want to get married in these times. According to Eurostat (the European statistics office), there are fewer and fewer marriages in Spain, as they have fallen by as much as 56% in the last 50 years . This shows the complexity of love relationships.

If we look around us, we surely all know people who go from relationship to relationship and are unable to spend time with themselves. They seem to panic about being alone.

A few months ago, I met someone who told me that he had always had a partner since he was 16 years old and that, despite having several relationships, he recognized that he had not developed a series of skills necessary to be happy. He was afraid of uncertainty, needed to know that someone was always waiting for him, and in other words, he didn’t have enough leadership skills or the ability to empower himself in life and didn’t have the self-confidence to overcome challenges without help from anyone. Something that made me think about whether getting married has negative consequences for ourselves.

Since then, I have observed that many people have the same problem. In fact, in extreme cases this requires psychological assistance, which is known as anuptaphobia (or anuptaphbia), an irrational fear of being left alone.

Science confirms that single people are happier than married people

The fact is that, many times, the social pressure that marriage and having children demands, the fear of being labelled as “old maid” or “spinster” or emotional dependence lead people to be together with another person forces you to have a partner. Many individuals think that so they will be happier, when in fact they are not. At least that’s what a recent study seems to indicate.

The research was conducted by Bella DePaulo, a doctor of psychology at the University of California. For her study, she relied on data from more than 800 research studies from the last 30 years, concluding that singles have a greater sense of self-determination, which is essential for their own personal development.

Data presented at the annual convention of the APA

These results were presented at the annual convention of the American Psychological Association (APA), and go against the popular belief that getting married makes you happier and that’s what many people are after.

As Bella DePaulo explains to “The independent” newspaper, “Research shows that singles feel more self-realized on a personal level and self-sufficiency and self-determination is beneficial to them, as they experience fewer negative emotions and are mentally and emotionally stronger”.

This study is a compilation of different research carried out in the United Kingdom, as people who have chosen to remain single in this part of the world have increased by 25% in 14 years.

Although some experts warn of the dangers of giving everything to one person in life, DePaulo concludes that “single people are often discriminated against and are victims of certain prejudices regarding singleness and marriage. These prejudices are wrong, because as you can see, scientists say that a life in marriage does not make you happier, quite the contrary.

Benefits of being single

The benefits of being single are many. By not having to share your life with someone, you also have more time to invest in yourself. If you are smart enough to realize that marriage is nothing more than a social imposition and that you can enjoy your life as a single person, your quality of life can increase considerably.

In summary, the benefits of being single are as follows:

If you want to know more about these benefits, you can read our article: “Is it possible to be single and happy? The 8 benefits of being single”

This does not mean that you should remain single forever, to avoid unhappiness . It simply refers to the fact that being single has its virtues. Everyone is free to make the decision they want, and it is possible to be happy as a couple. According to this study, however, many people put aside a part of themselves to satisfy their partner, something that in the end seems to make them less happy.

You can be a couple if you are not really afraid of being single and have found in the other person someone who complements you and respects you as you are. That is what is known as mature love. To go deeper into this subject, you can click here.