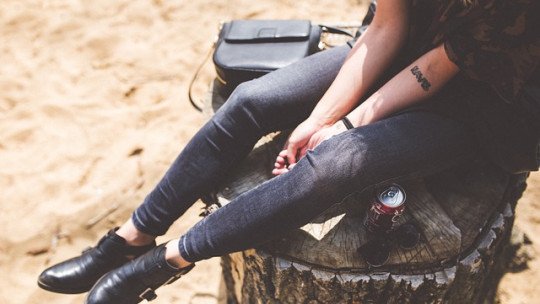 It is often said that intelligent women are those who lead an independent life . And it is not easy, because there are still a series of social norms and clichés that tend to chain women around the tasks culturally attributed to them: the care of the children and the husband, as well as the elderly in the home.

Luckily, times have changed and women can choose what they want to do or who they want to share their life with… and they can even decide to stay single. We’ll talk about that in today’s article.

The imposition of marriage: do they have to form a family?

We must start from a summary reflection: every woman must be free to choose her own destiny . This includes the possibility of falling in love, of forming a family, of never falling in love or of going from flower to flower. There is nothing wrong with any of these options (or any other).

It happens that certain stereotypes still weigh on women, which place them in a subordinate role in our society, especially with regard to how they should lead their love and sexual lives. Cultural patterns affect us all, and particularly women. Hence, many of the recurring sayings and phrases that try to tell women how to act in relation to their love life and motherhood: “look, at 35 years of age and you still haven’t married”, “marry Pepito who has a company and is a good match” “in the end you will pass the rice”… Phrases that have a profound effect and that, even unconsciously, influence the way they act or stop acting. Between happiness and resignation

Another oft-repeated saying is that “ignorance makes you happy”. Certainly, it can be complicated for an intelligent woman with concerns beyond the typical to find a man with whom she can express herself freely and feel intellectually stimulated. This, not to mention sapiosexuality.

The social pressure of her close circle can be quite annoying for the girl who, being intelligent, fails to connect with another person (whether of the same sex or not, because of course one can also be homosexual and bisexual in this life), unlike her friends, who seem to have a kind of magnet for love relationships. While the latter may reproduce the cultural slogan with less reticence, the former tend to hold their ground.

One study confirms it: single women tend to be smarter

So why do the smartest women tend to stay single? Is there an objective reason why straight men or gay women don’t make it a priority to have a loving relationship with a smart woman? Is there some kind of aversion, conscious or unconscious, to smart women?

There may be a certain pattern whereby the smartest women are both the most demanding and therefore tend to remain single. This is only a hypothesis, but it could make sense, especially after the research entitled “Why do intelligent men choose less intelligent women? , which has been published in the Daily Mail and Elite Daily, among others.

In this study, the academic John Carney explains that less intelligent women tend to have much more free time because they are not able to obtain sufficient economic benefits if they study more or work more hours than usual, thus tending to pair up with men of greater intelligence who, statistically, are used to having better jobs and pay, which helps them to advance economically and enjoy a higher standard of living. One conclusion, that of John Carney, has, of course, unleashed a strong controversy.

The other side of the coin: men look for women… not so smart

It seems, however, that men’s motivations when it comes to finding a partner also leave something to be desired from a moral standpoint . As Carney argues, they are looking for a woman who prioritizes her love relationship and family project over any other aspect of life, and of course there are women, usually the ‘not so smart’ ones, who are willing to assume this premise.

The dangers and problems of being a smart woman

As it is clear, being an intelligent woman has great disadvantages . Probably, if any woman had to choose between being or not being intelligent, she would have an important dilemma before her. Because, although a priori everyone would choose to be intelligent, the reality is that enjoying a privileged mind entails many problems when facing real life.

It is often said, and I think it is a truism, that ‘silly’ women (if I may say so) are not taken seriously by men. But, in fact, intelligent women are taken seriously by male colleagues, maybe too seriously , to the point that they are perceived as rivals and not as potential partners.

This being the case, women anywhere on the planet live in constant tension: if they are less intellectually gifted they are often perceived as little more than sex objects and housewives, and if they are intelligent women, they are perceived as an undesirable threat, as a competitor for that managerial position in the company.

Carney’s study was conducted on a total of 121 people of British nationality . The results have given much to talk about: being asked about heterosexual couple relationships in which the woman had a clearly superior intelligence, the respondents perceived these as problematic and less desirable.

When the question was asked in reverse (with the man being the most intelligent in the relationship), respondents did not report any hint of criticism or censure of them, but quite the opposite: they perceived them as more desirable.

Gender stereotypes that will take time to destroy

This is further evidence of the various stereotypes which, in the 21st century, still explain why women suffer discrimination in some areas of life. These gender prejudices also affect women with great intellectual capacity, not only in the field of work with phenomena such as the glass ceiling, but also in social and sentimental relations, where it seems that being intelligent is perceived as something undesirable in practice.

Is it essential to have a partner to be happy?

We live in a society that requires us to have an orderly life: stable employment, a formal partner and, at a certain age, children and to form a family and a home. This is an approach that we should question . For some people, this model of life may be totally in line with their expectations and illusions, and this is fully respectable. But our generation is still accepting without further ado some traditions and cultural impositions.

Some women, prey to this moral context, are incessantly looking for men who appreciate them and with whom they can share their lives .In Spanish universities, women are already in the majority. This means, among other things, that in the future it is quite likely that there will be more women who will opt for a partner with lower academic qualifications than they do. We are facing a new confusing social reality: while more women can develop powerful academic and labour careers, men are still not willing to give up their position of intellectual hegemony within the couple, a fact that is causing many ‘intelligent’ women to remain single.