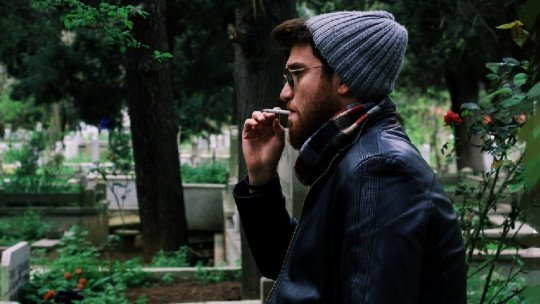 One of the most popular stereotypes about exceptionally intelligent people indicates that, in general, they tend to relate to fewer people and find pleasure in moments of solitude . Of course, this is just a stereotype, and it is clear that there can be many people with great intellect who are also especially sociable and who like to interact with many people they know little about.

However, a study by the London School of Economics in collaboration with the Singapore Management University indicates that this myth may reflect a real statistical trend.

In particular, this research has found a negative correlation between people’s IQ and their propensity to spend time interacting with others . In other words, the most intelligent individuals do not need to have a very active social life to feel good and, in fact, they may be upset if they are forced to do so.

This trend is inverse to that of people with low intelligence or an IQ very close to the population average, judging by the results of the statistical analysis. In this sense, those who show greater intelligence go against the tide. What was the investigation about?

The study carried out by this team did not focus exactly on the issue of intelligence, but on how a set of variables affects the feeling of satisfaction with the life one leads. That is, with what we could call “happiness”.

Psychologists Satoshi Kanazawa and Norman Li analysed a large-scale survey involving some 15,000 people between the ages of 18 and 28 and pointed out that, in general, the level of satisfaction with one’s life tends to be high in people with a more active social life , while it is low in people living in more densely populated areas.

A rarity among the smartest people

However, when they focused on studying people with higher IQs, they found that in these people the correlation between happiness and the frequency of social interactions was negative. In contrast to the rest of the population, particularly intelligent people who interacted more with other people showed lower levels of satisfaction than those who had more time alone.

This means that, judging by these results, the most intelligent people tend to be more satisfied with their lives if they have few social interactions with others, which would mean that if they could choose, they would prefer to relate less times and with fewer people. While respondents generally valued the possibility of relating to many people (as long as it was not in overcrowded conditions), the smartest individuals did not seem to show this need.

Why does this happen?

Kanazawa and Li adopt the perspective of evolutionary psychology to explain why the most intelligent people seem to go against the grain when it comes to valuing an active social life.

According to his explanation, based on the so-called savanna theory , this phenomenon may have to do with the way in which the brain of our evolutionary lineage has been evolving over the last few million years.

When the genus Homo began to form in a large brain, the life of the species that made it up had to take place in large open spaces, similar to savannahs with scattered trees, in which the population density was minimal and it was necessary to live all day with other members of the family or tribe in order to survive.