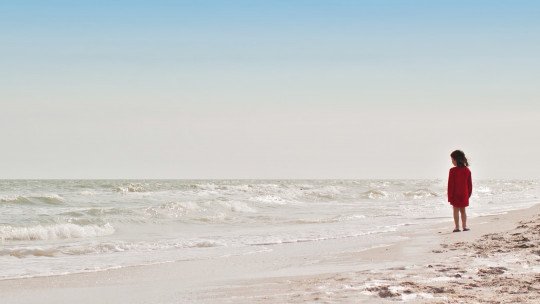 Social anxiety is an anxiety disorder that can appear at any age , although it most typically appears in childhood and adolescence. The Social Anxiety Scale for Children-Revised (SASC-R) by La Greca and Stone (1993) assesses such anxiety.

In this article we will know the three factors in which the authors of the Scale divide social anxiety. We will explain the characteristics of this instrument, as well as its advantages, its format and the results of some research (which shows how to interpret the results of the Scale).

Social Anxiety Scale-Revised: what is it?

The Social Anxiety Scale-Revised (SASC-R) by La Greca and Stone (1993), is a tool that assesses social anxiety in children between 7 and 12 years of age . It is a revised version of the SASC (La Greca, Dandes, Wick, Shaw and Stone, 1988). The SASC, on the other hand, was based on two scales by Watson and Friend (1969): “Fear of Negative Evaluation” (FNE) and “Social Advoidance and Distress” (SAD).

La Greca and Stone reviewed the previous scale (SASC; Social Anxiety Scale for Children) because they saw some weaknesses. They added new items to the scale, specifically items referring to social avoidance and generalised distress. Thus, these authors divided social situations into two groups: new and generalized. They did so because they observed that this distinction had important clinical connotations.

Thus, the main differences between the Social Anxiety Scale-Revised and its previous version (SASC) are the incorporation of a third factor and the increase in the number of items (from 10 to 18).

What do you evaluate?

This anxiety is divided into three factors or dimensions that we will see later in the article, and that are: 1. fear of negative evaluation by peers (FNE); 2. anxiety and social avoidance in novel situations or before unknown people (SAD-N); and 3. anxiety and social avoidance before people in general, whether they are the same, known or strangers.

Social anxiety in children and adolescents

Social anxiety, or social phobia, is classified as an anxiety disorder in the DSM-5 (Diagnostic Manual of Mental Disorders). It results in intense fear or anxiety about social interactions or other social situations (speaking in public, being at a party, meeting people, etc.).

It is an anxiety disorder that can appear in both childhood and adulthood; however, it is in adolescence where it appears most frequently. This is because it is an age where social relations and the fact of “having friends” is of vital importance, both for the child and the adolescent; moreover, their personality is being formed, very much in relation to these friendships.

This makes the child or adolescent feel more pressure to please, as well as pressure to be included in social groups, to be invited to parties , etc. As we have seen, the Child Social Anxiety Scale-Revised is in charge of evaluating such anxiety.

Characteristics of the Scale

The format of the scale is a 3 point Likert type format . Remember that the Likert format is a format created by the psychologist Rensis Likert, in which the answers are scored in a range of values (for example “little”, “normal” or “a lot”).

However, although in the Spanish version of the SASC-R, the range of scores is between 1 and 3 (points), the authors of the Scale also used the range of 1 to 5 points.

On the other hand, the Child Social Anxiety Scale-Revised is made up of 22 items; of these 22, however, only 18 are taken into account.

Studies on the Social Anxiety Scale for children-Revised (specifically, several factor analyses were performed) indicated that social anxiety in this age group (childhood) can be grouped according to three factors .

This fear appears in relation to the negative evaluation of peers, that is, children of the same age. In the Social Anxiety Scale-Revised this factor is referred to as FNE (“Fear of Negative Evaluations”).

Anxiety appears when faced with new situations involving new partners. Thus, this social “distress” refers to specific and new situations with peers (in English, “Social Avoidance and Distress-Specific to NewPeers”; SAD-New or SAD-N).

As positive features, we find that the Child Social Anxiety Scale-Revised is a short and easily administered scale. Furthermore, its psychometric properties are good .

It is a self-report instrument; in fact, it is one of the few tools that exist in a self-report format to assess social anxiety in children and adolescents.

This scale allows the evaluation of different dimensions of anxiety and social fear in childhood, both at a clinical and non-clinical level.

A major study by Sandin et. al (1999) analyzed the psychometric characteristics of the Child Social Anxiety Scale-Revised. The reliability analyses showed that the SASC-R had a good level of reliability (this includes: Cronbach’s alpha, homogeneity index, item-scale correlation and determination coefficient).

On the other hand, the three factors mentioned in the scale also had good levels of reliability.

Interpretation of your results

Another study with the Social Anxiety Scale-Revised reviewed the relationships between anxiety levels of the different subscales (factors) of the Scale, and the social and emotional functioning of the children.

The results showed that the first factor, the fear of negative evaluation, was related to lower self-esteem . In addition, the children who scored high on this factor had a perception of low social acceptance and interacted more negatively with their peers.

The third factor on the Child Social Anxiety Scale-Revised, fear or distress about new situations, was related to children who also perceived low social acceptance by others, as well as a higher number of negative interactions.

Finally, children with higher SASC-R scores were seen to have a greater deterioration in overall social functioning. This translated into poorer social skills, fewer social relationships, and a perception of poor social acceptance by others.