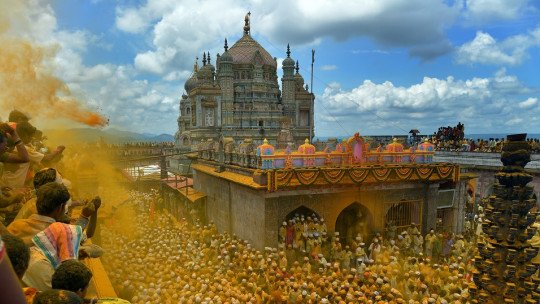 Social constructionism, or socioconstructionism, is a theoretical perspective that emerged in the mid-twentieth century as a consequence of the epistemological and methodological crisis that the social sciences have undergone.

He considers that language is not a simple reflection of reality, but that it is the producer of it, with which, he passes from the idea of representation that dominated science, to that of discursive action.

The latter allows us to question the set of “truths” through which we had related to the world, as well as to create new theories and methods of knowledge.

Besides being considered a theoretical perspective, socioconstructionism is defined as a theoretical movement in which different works and proposals are grouped together . Next we will review some antecedents and definitions of social constructionism, as well as the repercussions it has had on social psychology.

Since the 1960s, and within the framework of the crisis of modern thought, the epistemological foundations of the social sciences have undergone some important changes.

Among other things, these changes arise as a critique of the model of representation of science, where language is understood as an instrument that faithfully reflects mental contents, with which the mind itself contains exact representations of the external world (of “reality”).

In the same context, a critique of absolute truths and of the methods of investigation by which it was believed that these truths could be accessed arose. Thus, the application of positivist methodology in the social sciences and the omission of the socio-historical processes that frame them are significantly questioned.

That is to say, in the face of the tendency of traditional scientific thought to present itself as an absolute reflection of the reality it was studying; social constructionism says that reality does not exist independently of our actions, but that we produce it through language (understood as a practice).

One of the approaches that had marked the social sciences, and before which socioconstructionism puts an important distance is the disqualification of the methodologies different from the hypothetical-deductive and positivist ones. From there, social constructionism questions the predominance of the experimental model , where it is assumed that knowledge is acquired based on the control that an “external” experimenter has over the situation studied, which in turn implies the existence of variables that are stable and controllable.

It also establishes a reaction to the apparent timelessness that had characterized the traditional way of doing science. This is so because this timelessness has had the consequence that historical facts are understood as anecdotal and therefore, not scientific.

Finally, he questioned the supposed truths about human beings that have been taken for granted through the implementation of the methodologies used in the natural sciences.

A psycho-sociological project and its implications for psychology

In relation to what we explained above, authors like Sandoval (2010) consider that socioconstructionism is not properly a theory but “a metatheoretical attempt to build an alternative to the hegemony of empiricism in epistemology; of behaviorism and cognitivism in the theory and of experimentalism in the methodology; the trilogy that bases the nucleus of intelligibility of modern psychology” (p. 32).

In short, four principles that define socioconstructionism and impact modern psychology are

1. Anti-essentialism: the primacy of social processes and discursive practices

The practices that compose a reality are maintained thanks to the establishment of a social order , which occurs through human activity, without any ontological status. From the moment we become accustomed to these practices, human activity itself becomes institutionalised and gives form to a society. For this very reason, daily life, which had been neglected by traditional social sciences, takes on special importance for socioconstructionism.

On a methodological level, socioconstructionism considers the unpredictability of human behavior and social reality as something that is built in daily life and from a reciprocity between society and person, so psychology must locate the cases it studies or attends in specific social contexts. In this same sense, people are the product of specific social processes .

Likewise, the social-constructionist current allowed to question the use of the hypothetical-deductive method in the social sciences, which at the beginning had been systematized for the natural sciences; and which had been transferred as the model for psychology.

Relativism: the historical and cultural specificity of knowledge

This theory defends that the knowledge obtained by the social sciences is fundamentally historical, and because it is highly variable, it cannot resort to the study methods of the natural sciences.

Likewise, the social-constructionist current allowed to question the use of the hypothetical-deductive method in the social sciences, which had been initially systematized for the natural sciences ; and which had been transferred as the model for psychology.

In this same sense, what we know as “reality” does not exist separately from the knowledge or descriptions that we produce about it.

3. Knowledge and action as two phenomena that go together

Social constructionism aims to explain how knowledge and social reality are built from the activity (the discursive capacity) of subjects. It highlights the reflective quality of the researcher. That is, it underlines the constructive power of language in the framework of social relations.

From there, social constructionism proposes to develop alternative perspectives to the individual approach to knowledge (that is, to the idea that everything that is known is known individually), allowing to analyze the importance of shared knowledge in the production of a particular reality.

Social constructionism is a perspective that continually questions the truths we have taken for granted , questioning how we have learned to look at ourselves and the world.

4. A critical stance, that is, attentive to the effects of language in terms of power

The consideration that there is no neutrality in the production of knowledge, which makes it possible to recognize the active role of people as builders of their own reality, including the researcher himself, and the psychologist is a facilitator of social change .

To think of the human being outside the qualities that are supposed to be universally shared thanks to the “average man paradigm”, but to consider the social context in which the explanations emerge and the places assigned to each one.

Although social constructionism is a heterogeneous perspective where different authors could fit and not fit, Kenneth Gergen is considered one of the maximum exponents , especially from his article Social psychology as history published in 1973.

Within the framework of this reformulation of the social sciences, Berger and Luckmann had already published the book La construcción social de la realidad in 1968, a work that had an important influence on Gergen’s work and is therefore also considered key to the development of social constructionism.

These last authors propose that reality is “a quality proper to the phenomena that we recognize as independent of our own volition” and the knowledge “the certainty that the phenomena are real and possess specific characteristics”. That is, they question the belief that reality is something that exists independently of our actions , being society an external entity that shapes us, and that we can know it in an absolute way.

The theoretical background of social constructionism includes post-structuralism, discourse analysis, the Frankfurt School, the sociology of knowledge and critical social psychology. Broadly speaking, these are theories that reflect on the interdependence between knowledge and social reality.

Likewise, social constructionism has been related to authors such as Latour and Woolgar, Feyerabend, Kuhn, Laudan, Moscovici, Hermans.

Among other things, socioconstructionism has been criticized for the tendency to discursive radicalization of a good part of its theories .

Broadly speaking, these critics say that social constructionism can be immobilizing, because if everything that exists is constructed by language, what is the place of the material and what are its possibilities of action in the meaning of the world. In the same sense, an excessive relativism has been criticized, which can sometimes make it difficult to assume or defend vindictive positions.

Finally, after several decades of this theoretical perspective having emerged, constructionism has had to adapt to new forms of social organization. For example, some proposals that have been inspired by constructionism but have added important elements to current debates are the Network Actor Theory, Performativity, or some materialistic and feminist positions.