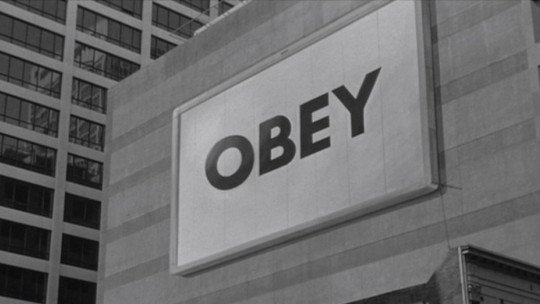 Human beings live in society. This implies that we are in constant contact with other people who have their own thoughts, behaviors, intentions, attitudes, motivations and beliefs. These elements are transmitted through different communicative processes, provoking, according to the theory of social influence, different changes in behaviour and even perception of others.

Within the theory of social influence, which explores the reason for these changes, a large number of theories proposed by various authors can be found in order to explain different processes of influence. Throughout this article we will see some of the most relevant contributions in this respect.

The theory of social influence is based on the changes in behavior or thought that occur in a subject due to a series of mental processes derived from communication with other beings or media.

This influence can be directed to an end or simply due to peer pressure , deriving from what the subject himself considers to be asked or what is directly communicated to him. Furthermore, it must be taken into account that regardless of the result, any process of influence is bidirectional. That is, one person can change the way in which another person acts, but whether the latter changes or not will also influence the former. The same applies at a group level and even at a society level.

Some factors that affect the level of influence are group cohesion, which can generate pressure to conform, the type of social norms, the size of the groups or the positions and roles of the various elements that are going to influence each other, expectations about one’s own and others’ behaviour or the value placed on one’s own and others’ opinion.

The influence exerted towards a person by another or a group can be mainly of two types, informative and normative .

This type of influence occurs whenever the change in the judgments, thoughts or behavior of the influenced individual is due to trust and the conviction that the position of others is more correct than the one initially held. A process of conversion is produced in it , having an internalised or private conformity with what has been exposed by others.

This second type of influence occurs in cases in which the individual has not really been convinced and still thinks that his position, action or opinion is better than the one coming from the outside, but due to other circumstances such as the desire for acceptance or the role exercised within a group the individual ends up giving in and acting against his own beliefs . It can be said that the subject submits to the will of the other(s), maintaining conformity with it only publicly.

There are several phenomena and processes to which the theory of social influence can pay attention because of the role that the relationship between different people can play in modifying the characteristics and actions of one of them.

Such changes in behaviour may arise due to persuasion, conformity or obedience, with the change occurring depending on whether only a particular behaviour is changed or also the beliefs and attitudes behind it.

Compliance with the majority

We can call conformity to the change in thoughts, judgments, beliefs or actions that a person would normally make or have due to the exposure of an alien point of view that ends up being assumed by him. In general, conformity is a relationship of influence between the subject and the majority , varying one’s own behaviour due to what the collective proposes by believing that the group will be more right than the individual. Conformity is usually held with respect to group decisions or with respect to shared attitudes, although it does not have to be due to an attempt to actively influence the subject’s behaviour

This part of the theory of social influence would be explored by numerous authors such as Ash or Sheriff , showing through well-known experiments that the judgment of individuals could vary depending on what the majority thought.

This conformity will depend largely on self-confidence and self-efficacy, the degree of confidence in the ability of others and the level of autonomy and independence shown by the individual in question.

Another form of influence observed by the theory of social influence is persuasion. If, in the case of conformity, reference is usually made to a process of influence coming from a group that does not have to be directed at anything in particular, in the case of persuasion a relationship is established between two or more individuals with the aim that one or more of them change their opinion with respect to a specific subject or are driven to perform or not perform some behaviour. This is an active process in which the issuer or issuers seek such a change.

Another form of social influence observed by social influence theory is obedience to authority. Explored among other authors by Milgram, obedience is understood as following the instructions of an individual who is considered above or has power or greater social status , regardless of one’s attitude, judgment or belief.

Through this aspect we have tried to explain why some people carry out certain actions that would generally be considered negative by the subjects themselves, such as some that occurred during wartime. The control to which the subject is submitted , the identity and the degree of expertise or authority associated with the person who directs the behaviour and internal factors such as the personality of the individual and his or her reactance are aspects that greatly influence the actions of each one.

Another aspect of great importance studied by the theory of social influence is decision making linked to a group . The roles of each one of the group’s components, the power relations existing among them, and the success that the group has had in solving previous problems or situations will largely determine the influence between the individual and the rest of the group. Various studies have shown that, in general, the decisions made by the group tend to be more extreme than those made by an individual alone.

Part of this is due to the influence exerted by coinciding points of view, as well as the desire to continue belonging to the group (which may cause us not to want to disagree) or the valuation of the group as a collective that has allowed or will allow success. Also there may be the illusion on the part of the group that everyone thinks the same and that their perspective is the only correct one, which may cause the persecution of dissidence (as occurs in the process called group thinking).

The fact of belonging to a collective also means that responsibility for the final result is shared among the whole group, so positions that an individual might not dare to take on his own can be put into practice.

The influence on attitude change

In the theory of social influence, our attitude towards something, understood as the predisposition to act or think in a certain way in the face of a specific situation or stimulus, is one of the main factors to be altered in the process of varying an individual’s behaviour. Exposure to points of view different from ours can change our perception of something, as well as our attitude towards it.

According to the theory of reasoned action , our final behaviour is generally preceded by our intention to act, which has as its main influence the attitude of the individual with respect to the behaviour to be carried out, the control he believes he has with respect to the possibility of issuing the behaviour or managing it and the assessment of what the environment will consider desirable or not and whether this consideration is relevant to us.

One’s attitude towards the topic in question comes from previous experience and self-perception and appreciation of it , which is largely influenced by the opinion of the environment. Also socially influenced are what we believe is considered socially acceptable influences on behaviour. In this way, the processes of social influence are of great relevance and, although not totally determining, they shape in some way the actions of individuals.

The role that social influence theory gives to influence processes in changing attitudes is mainly mediated by a large number of variables. One of the main ones is the fact that what is proposed to us is either in favour or against our attitude , and in the second case it can cause a great dissonance that we would try to reduce by frivolizing the behaviour in question or by varying our beliefs. Other factors such as who is trying to influence us, how we perceive them and the persuasive capacity they enjoy will also vary in the degree to which we are influenced.

When few influence many: the influence of the minority

When processes of influence occur between groups and individuals, we generally think about how the collective influences the subject or how the large group can cause changes in small subgroups. However, the theory of social influence also takes into account that on many occasions a single person can change the perspective of a group or that minorities can change the opinion of society in general.

Examples of this have been the struggle for women’s rights , those of people from different ethnic minorities or those of the LGTB collective, all of them examples of movements that were initially censured and criticised that over time have achieved a change in the mentality of society in general.

For this change to occur, the minority or person must have a consistent position over time and clearly and firmly state the change, information, attitude or behavior that is intended to be transmitted. It is also required that besides being consistent, the position defended is flexible and understandable , being important as well the image that the minority position provokes to the majority. This influence will be accentuated if people initially belonging to the majority position approach and change their perspective in favour of the minority, causing a snowball effect that will incite others to follow their example.