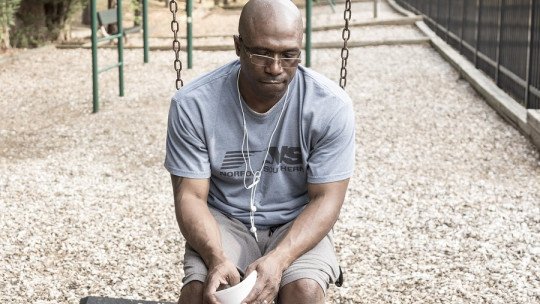 Historically, many psychological theories treat the body and the mind as if they were two distinct entities that only associate in some aspects to allow the existence of fully functional, self-conscious human beings. Interestingly, from these approaches, the “material” body of people only has power over the mind in the aspect that it retains it in a specific place and, otherwise, it is the mind that proposes objectives, controls the movements of the body and, from time to time, looks for ways to transcend its “prison of flesh”.

Today, both psychology and, of course, psychiatry tend increasingly to ignore the existence of a “mind” independent of the material body, but curiously, and despite the scientific and technical advances of recent decades, there are certain mental disorders that seem to claim the existence of a disembodied psychological aspect , even though we know that this is impossible. An example of this is offered by a phenomenon called somatization .

Understanding the concept of somatization

Due to the difficulties in finding the origin of the problem, diagnostic attention and treatments usually fall on the Somatic Nervous System , that is, the part of the nervous system that carries sensory information and serves as a channel for electrical impulses that activate the muscles.

Somatizations are often a kind of “catch-all” for diagnostic criteria, since they often serve to create categories in which certain problems are included that are not very well understood. This should not be surprising, since the range of symptoms under which a disorder that fits the definition of “somatization” can appear is very wide, and locating the origin of a condition in the functioning of the nervous system always causes more problems than locating it in very specific parts of the body, such as certain areas of cellular tissue or organs.

In addition, manuals with criteria for diagnosing cases of somatization almost always include the condition that these symptoms cannot be satisfactorily explained by another disorder or disease.

The somatizations are therefore difficult to explain if one wants to isolate in a laboratory the cause of all the physical and psychological complications it produces , but they have long been studied and documented. That is why it is normal that for some time they were associated with what in psychoanalysis was known as hysteria, and that even today it is believed in certain academic circles that somatizations are the consequence of certain psychological problems that struggle to get out of the unconscious.

Which people usually develop them?

Statistically, women are slightly more likely to somatize than men , and this usually first occurs during youth, before the age of 30. Furthermore, correlations have been found between living a life linked to severe stressors, which explains why the more impoverished and less educated population is especially susceptible to experiencing cases of somatization.

This last fact may serve to suggest that somatizations have a situational component, and that therefore to study them it is necessary to understand not only the individual, but also his relationship with the environment.

How do they usually express themselves?

The most common somatizations are related to sexual problems (such as pain during penetration or erectile dysfunction), continuous headaches and joint pains. However, as we have already seen, there are many symptoms that can fit into what we know as somatization.

And how do you treat a case of somatization?

Everything related to the nervous system must be treated from an approach that covers both the psychological and behavioural aspects of the person and the physical phenomena that can be tackled directly in the patient’s body. That is why it is worthwhile to medically monitor the evolution of somatization while providing Cognitive-Behavioral Therapy.