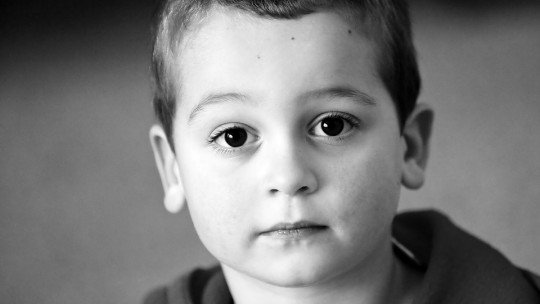 The development of language as a communication mechanism is an essential milestone in our development that a large part of people achieve throughout their evolution and maturation.

However, there are a large number of children who have serious difficulties in learning to use it both orally and in writing and even in understanding it, and they are considerably behind what would be expected of subjects of their age. These are children suffering from Specific Language Disorder, or TEL .

The Specific Language Disorder: what is it?

We call Specific Language Disorder or TEL to that situation in which there are severe difficulties in expressive or understanding language that are not due to any neurological, psychic or sensory impairment, in children with a normative intellectual capacity. Children with this disorder have a language level that is lower than what is expected for their age group, and they maintain a normative development in the rest of functions and areas.

In Specific Language Disorder, also known as infantile dysphasia or in DSM simply as a language disorder, there are difficulties in the use and learning of language in all its forms at both the oral and written levels. The existence of a reduced vocabulary is often perceived, as well as the use of deficient grammatical structures and difficulties in elaborating a discourse (for example, they find it difficult to connect sentences to maintain a conversation or develop a topic). These problems also do not stem from a lack of interest in communicating, and they often try to do so.

Although all types of language are presented as altered, the main affect is on oral language . This is not a simple delay: those who suffer from it usually have a different pattern of development of this skill. It is persistent, and even if it is treated the child will have difficulties in this area. It is especially relevant to take into account that it is not something voluntary or that implies a lack of effort on the part of the child. Difficulties occur at a syntactic, morphological, phonological, semantic and/or pragmatic level. Difficulties may also appear in other areas such as calculus.

Although the disorder does not involve the presence of other disorders beyond language difficulties, the specific language disorder may have repercussions on their social and academic life . They present difficulties in the school setting and may have poor performance at school or in the labour setting due to this fact, in addition to limiting their social life. If this problem is not addressed, the delays observed may end up generating serious limitations in the subject’s life as the level of social demand increases. They may appear to be emotional problems as a consequence of these facts.

Not all people who suffer from TEL have the same kind of difficulties. Depending on the problems presented by the child we can establish different subtypes of Specific Language Disorder. It is necessary to take into account that currently the diagnosis offered by the DSM is that of a language disorder such as one of the communication disorders , with some of the characteristics of the following subtypes being ascribed to other disorders (such as phonological disorder or social communication disorder)

In any case, it serves to visualize the great heterogeneity of difficulties that may arise in a TEL. One of the best known classifications is the following.

People with this subtype of specific language disorder have marked limitations in the production of language without problems of understanding. This usually includes the disorder of phonological programming in which language production is fluid but with distorted articulation, or verbal dyspraxia in which articulation difficulties make speech strange or even absent. Non-verbal communication is usually not altered, and his sub-vocal speech (i.e. his internal language) is preserved.

In general, it is considered that if there are problems of comprehension in language there will also be severe difficulties in production or expression. In this type of disorder, therefore, difficulties can be observed both in the production of speech and in understanding it.

This is a subtype of Specific Language Disorder in which different problems can be observed that do not correspond entirely to the very fact of understanding or expressing language, but with aspects such as the presence of an altered syntax and a slight stuttering (lexical-syntactic disorder) or comprehension difficulties due to the literalness with which language is tended or does not adapt to situations (semantic-pragmatic disorder).

The treatment of the specific language disorder firstly involves the evaluation of its abilities and the ruling out of the existence of different problems that could influence the capacity to understand, and then working from speech therapy in different areas of language.

Specifically, we will try to stimulate the acquisition of vocabulary, the design of different activities and strategies that help the skills with which they have problems while enhancing those in which they stand out most. It may be useful to have visual aids that allow a better understanding of the contents during the teaching, to work on phonological awareness.

The intervention must be intensive and continuous over time, and it is important to have the support and participation of both the school and the family. In the latter, it must be emphasized that the child does not present these problems due to neglect or lack of motivation, and that negative comments regarding his or her abilities can cause suffering and anxiety in such a way that it limits and inhibits communication with other people. It may be necessary to treat on a psychological level possible problems of self-esteem and behaviour in order to enjoy a better self-image.

The education of these children goes through regular school in most cases, although their difficulties must be taken into account and often require the use of individualized plans that adjust their curriculum to their abilities.