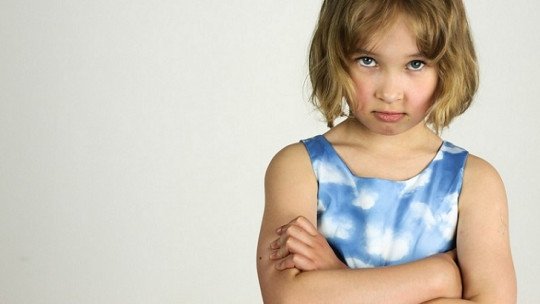 The education of children is decisive in preventing them from growing up as spoiled children. Many parents think that by giving their children everything they can get them to grow up healthy and intellectually stimulated, but in reality this strategy often goes wrong.

In fact, spoiling children can be detrimental to their development and turn them not only into capricious, non-conformist children lacking in social skills, but also into adults unable to manage frustration. In adulthood, the consequences of having had everything during the early years can be even worse than in childhood, with serious relational problems and poor emotional health.

The fault is often with the parents

Parents often believe they are doing the right thing, and even with the best intentions, a child can be spoiled. Some of the behaviors of parents who can raise spoiled children are as follows:

You can read more about these points in this article: “The 8 basic tips for not spoiling your child”

How is it possible to recognize spoiled children? In the following lines you can find a list of signals to detect them.

1. get angry frequently and have constant temper tantrums

If something characterizes spoiled children it is their attitude towards parents and other individuals with whom they relate . Since they always get what they want, they don’t need to develop negotiation skills nor are they able to understand that today other points of view than their own.

They are not empathetic either and if they don’t have what they want when they want it , they become aggressive and their tantrums come out. It is easy to see a spoiled child even threatening his parents, because they always think they are right and they gain power over the parents over time.

2. They don’t mind embarrassing you in public

This attitude in which they often get angry and throw tantrums is not only limited to the home environment, but can be carried out anywhere, even in public. They often embarrass their parents with this attitude in which it is appreciated that they do not understand where the limits of their behaviour lie.

3. You avoid conflict at all costs

It’s easy to see parents who are fed up, to the point where many times they even avoid conflict and agree with their children.

The little ones know they’ll get away with it, and… so why change? This becomes a vicious circle, in which the child knows that he gets what he wants by acting like this and the parent avoids conflicts with his problem child, which reaffirms the behaviour of the latter who maintains this challenging behaviour.

The child understands that his attitude is constantly rewarded and his negative behavior is reinforced.

Not acquiring social skills also affects relationships with others, so spoiled children are not helpful (not just to parents), but rather selfish. They are not going to participate in household tasks because they do not need to. They go their own way, and this is also seen in their relationships outside the family.

Disobedience is one of the characteristic features of spoiled children , because they have always done what they wanted when they wanted. And the more years go by, the more difficult it becomes to redirect the child towards another type of attitude and behaviour.

The pattern is one of continuous disobedience and hostility towards authority figures , and causes important problems in family life.

In addition to being disobedient, these children are defiant, so they never take “no” for an answer or do anything that is asked of them. They always get defensive and become aggressive. They are generally intolerant children , who do not want to follow the rules and ignore the parents when they are reproached.

7. Do not show an altruistic attitude

Sharing is not always easy, especially at early ages, but many children can display altruistic behaviors if they are well educated. From the age of 4, it is more frequent that children start to share their toys or their food with the people around them. The selfishness of spoiled little ones means that they are not children who like to share.

8. You have to bribe them to behave the way you want

Being defiant and never wanting to do what is asked of them always makes them go against it. Whatever is asked of them becomes a drama and a conflict, from which they always emerge reinforced. This is why many parents choose to bribe them to meet their expectations. For example, by saying “if you eat the food I will take you to the park”.

Spoiled children are children who do not value what they have , because they always get what they want. They are dissatisfied children and tend to want more and more. This not only happens when they are small, but in adulthood they continue to have this behavior, which makes them tremendously unhappy.

10. They try to control you at all costs

Spoiled children end up having control over their parents, since in the end they always get their way. Some of them directly ignore when they are asked for something, but others confront and exercise control even with the authority figures that are part of their family . If the parents decide to give in to avoid conflict, the child gets the message that he or she has the power to do what he or she wants.