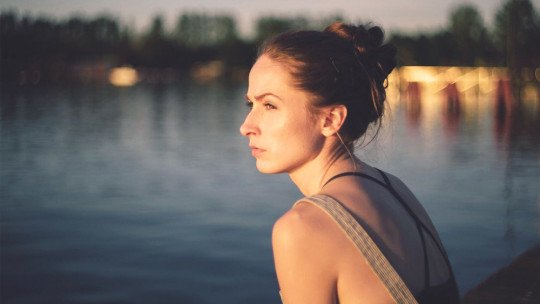 Although for most people the arrival of spring is a positive event, for others the increase in light intensity and temperature leads to a certain destabilisation of mood and a reduction in physical energy.

In this article we will discuss the causes and symptoms of spring asthenia , as well as the home remedies we can use to combat it.

What is spring asthenia?

The term “asthenia” is used to refer to states of generalised fatigue, both on a physical and psychological level . It also often denotes physical weakness; literally, the word asthenia means ‘lack of strength’ in Greek.

Asthenia can be a symptom of many different disorders, including sleep disturbances and degenerative diseases such as cancer. It can also occur as a result of taking certain medications.

Some people, especially middle-aged women, feel fatigue and a drop in mood that coincide with the arrival of spring ; we know these cases as ‘spring asthenia’.

It is a transient and mild disorder that does not reach the category of disorder, unlike seasonal affective disorder (SAD), which occurs more commonly in winter. Both spring asthenia and SAD appear to be related to exposure to natural light.

The symptoms of spring asthenia are mainly attributed to the fluctuations in temperature and the number of hours of sunlight typical of this season, which cause hormonal changes in the body.

Although the causes of spring asthenia are not entirely clear, the most accepted hypothesis proposes that with the arrival of spring there is an alteration in the blood levels of some neurotransmitters and hormones, such as serotonin and endorphins. Likewise, exposure to natural light increases the release of melatonin, a hormone that promotes sleep.

These factors, together with the reduction in blood pressure that occurs when the temperature rises, cause the body to consume significant amounts of energy and favour the appearance of feelings of tiredness, weakness and drowsiness .

Spring asthenia occurs mainly when we adapt to the time change in March, lasting until the body gets used to the new schedule (approximately one or two weeks). In this sense, the role of circadian rhythms, which are involved in sleeping and eating patterns, is especially important.

Spring asthenia usually consists of symptoms related to general fatigue and tiredness; thus, people who suffer from this alteration report difficulties in dealing with their daily duties and daytime sleepiness, even if they sleep an adequate number of hours.

Physical fatigue is often associated with psychological symptoms , including sadness or decreased motivation, ability to concentrate, appetite and sexual desire.

Since it is generally a mild alteration in intensity, spring asthenia does not require pharmacological or psychological treatment, but we can remedy it through simple changes in our habits and routines.

The consumption of foods rich in vitamins and minerals, such as vegetables, fruits, whole grains or nuts . Foods that provide a lot of energy, such as bananas and royal jelly, are especially recommended.

It is also important to reduce the consumption of high-calorie foods; spring asthenia has been linked to this type of food because it increases the sensation of drowsiness and it is common for us to eat more of them during the winter.

It is also important to drink at least 6 glasses of water every day to stay hydrated. Juices and infusions can be beneficial as a supplement.

Foods and beverages to avoid for people with symptoms of spring asthenia include industrial baked goods, coffee, and exciting and alcoholic beverages.

Doing moderate-intensity physical activity on a daily basis can be very beneficial for people with spring asthenia. Exercise makes our body release endorphins , causing feelings of pleasure and relaxation.

Although it is best to do aerobic sport for half an hour at least 5 days a week, walking 30 minutes a day may be enough to relieve symptoms of physical and mental fatigue.

During the transition between winter and spring, environmental changes cause our bodies to expend more energy; therefore, at this time it is especially important to get an adequate number of hours of sleep each night, especially for people with spring asthenia.

You should try to get at least 7 or 8 hours of sleep each night , depending on the usual sleep needs of each person. If this is not possible, try to get more rest during the weekend.

Keeping fixed schedules for rest and feeding helps to stabilize the circadian rhythms , favouring the adaptation of the body to the arrival of spring and the changes in time.

Depressive-type symptoms, such as mental fatigue, sadness and lack of motivation, can be alleviated by doing activities that we find pleasurable, especially if we share them with our loved ones .

Physical activity is especially recommended because it not only raises our mood directly but also indirectly by promoting the production of certain neurotransmitters and hormones.

Relaxing activities and habits, such as meditating, taking warm baths or breathing slowly and deeply, can be very helpful for people with anxious symptoms from spring asthenia .