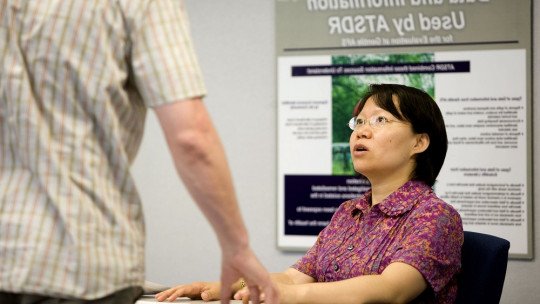 Is work and academic performance conditioned by the stereotypes that still prevail in our society? Why are there certain professional areas where the differences between men and women are so marked?

The Stereotype Threat theory tries to give an answer or explanation to these phenomena that, despite the advances of society, still persist regardless of the age of the people and the field of study or work in which they are developed.

What is the threat of stereotyping?

The concept of stereotype refers to a series of generalised beliefs, or over-generalisations, resistant to the change that society makes in relation to the members of a group or collective whose members are distinguished by some particular trait or condition.

These stereotypes are usually related to issues such as race, culture or nationality, sex, social status or religion. And although these popular beliefs may be positive, the reality is that in most cases they have a very important negative component.

Based on this concept, several researchers have developed what is currently known as the Stereotype Threat theory. This theory points to the fact that when a person or group of people unconsciously assume the negative aspects of the stereotypes linked to their condition , not only does it affect them psychologically, but it can also have an important impact on their academic and work performance.

The research of Claude M. Steele

There is a lot of research that has tried to firmly establish this theory, as well as the causes of this phenomenon. In this article we will focus on the research of psychologist Claude M. Steele, since, of all the existing ones, they are the ones that enjoy the greatest repercussion worldwide.

Steele studied how these stereotypes affected the academic performance and productivity of female and minority ethnic students, specifically African Americans.

The results obtained by Steele and his collaborators establish that those groups “victims” of the negative stereotypes, obtained a worse performance in those tests that activated or strengthened these stereotypes. For example, math tests that calculated differences between men and women or between African Americans and white Americans.

Steele also found that this Stereotype Threat also influenced identity development . In other words, for a student to be concerned about the performance of a certain subject, it is necessary for him to feel identified with it. This process of affinity with the subject is directly related to the achievements obtained in it, so that if these scores are negative, the student will not be interested in these subjects.

This phenomenon could explain the predominance of women or men in certain university studies , as well as in some professional or research contexts.

As a result of his research, Steele developed his own list of the characteristics that the Stereotype Threat must possess in order to be considered as such:

Evidence against this theory

Although results from Stereotype Threat studies have been used as a possible explanation for differences in performance between men and women, both in some academic and sports circles, cognitive psychology researcher Tom Stafford of the University of Sheffield insists that there is no evidence for this phenomenon.

Strafford focused on women’s performance in chess tournaments. According to him, previous studies have found that the threat of stereotyping is activated in female chess players when compared to male players. However, after collecting data from over 5.5 million international tournament chess sets, no evidence of a Stereotype Threat effect was found.

On the contrary, the players even exceeded expectations when competing against men . Although their analysis contradicts the specific mechanism of influence of gender stereotypes, the persistent differences between male and female players suggest that there are systematic factors that have not yet been discovered.

Can this influence be avoided?

As a result of the research that supports the existence of the Stereotype Threat, a series of suggestions or recommendations have been developed so that its effect on students can be considerably reduced .

One of these techniques consists of clearly exposing students that their nerves before a certain test are due to their awareness of these negative stereotypes, not to their actual ability to execute the exercise correctly.

This explanation gives an explanation that attributes their performance to an external factor that they can avoid or improve, thus decreasing their anxiety levels .

A second way to address this Stereotype Threat is to provide students with alternative role models. By using examples of people who, despite being victims of these stereotypes, have achieved their goals in areas where they were considered a minority.