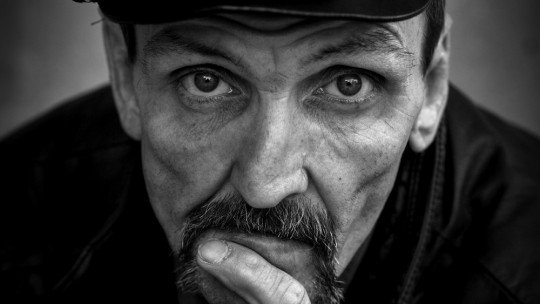 Stigmatization is a process by which a person becomes the owner of a set of characteristics that are considered socially undesirable. This is why it is a process connected to discrimination and social exclusion .

Unfortunately, stigmatization is also a highly prevalent process in clinical settings where mental health professionals work (and not only in mental health). This has had very negative consequences both for people with a diagnosis and for their families, so it is currently a relevant and much discussed issue in different spaces.

In this article we explain what stigmatization is, why it occurs, what consequences it has had and through which proposals it has been tried to mitigate in different contexts.

Psychosocial Stigmatization: From Stigma to Discrimination

The use of the word “stigmatization” makes it possible for us to take up the concept of “stigma” and use it as a metaphor in social studies. Stigma in this context refers to a trait or condition that is attributed to a group of people and that leads to negative attitudes or responses towards them.

The application of the term “stigma” in sociology was popularized by Erving Goffman in the 1960s, who would define it as a “deeply discrediting attribute” that relates to a negative stereotype about physical traits, behaviors, ethnicity or individual conditions understood in terms of danger (e.g., disease, migration, illness, crime).

Thus, stigmatization is the process through which a group acquires a differential trait or a “mark” of identification, which is valued by other groups as the outstanding trait, resulting in different forms of discrimination against that “marked” group.

The reason why stigmatization causes discrimination is because it is a process in which our attitudes, understood as a phenomenon of cognitive, affective and behavioral components ; despite being different from each other, are strongly connected.

It is these attitudes that help us classify or categorize what surrounds us in terms of “good” or “bad”, “undesirable” or “desirable”, “adequate” or “inadequate”, which often also translates into “normal-normal”, “healthy-sick”, etc.

These categories, being loaded with affective and behavioral components, allow us to establish parameters in interpersonal relationships . For example, to avoid approaching what we have categorized as “undesirable”, etc.

Who does it usually affect?

Stigmatization is not a phenomenon that only affects people diagnosed with mental disorder. It can affect a large number of people and for different reasons . Generally, we speak of “vulnerable” groups or collectives to refer to those persons who are systematically exposed to being stigmatized and living with discrimination.

In this sense, discrimination is not only an individual phenomenon (which determines how we relate to a specific person), but a structural one, which is also found in policies, in manuals, in how public spaces are shaped , in the other spheres of social life.

Danger as a Stigma in “Mental Disorders”

The social imaginary of dangerousness in relation to “madness” has evolved significantly over time. This evolution has been largely reinforced by the structures of care that still exist in many places.

For example, the mental institutions on the outskirts of cities, which confirm the myth of dangerousness in the social imaginary; as well as coercive practices without informed consent, or with forced consent.

Danger and violence have become stigmas because they make us recognize them as the outstanding features of the person who has the diagnosis , so the logical consequence is automatic and generalized exclusion, that is, it occurs even if the person has not committed violent acts.

Fear and exclusion: some consequences of this social phenomenon

If danger is what we evoke most quickly when we think of “disorders” or “mental illness”, then the nearest logical reaction is to establish distance, because with danger our alarms are activated and with it our fears.

They are sometimes activated so automatically and involuntarily that it doesn’t matter whether they are justified fears or not (many times the people who feel the most “fear” are those who have never lived with someone who has a psychiatric diagnosis). The logical consequence of all this is that people with the diagnosis are exposed to constant rejection and exclusion .

And unfortunately, mental health professionals are often not exempt from this. In fact, in an attempt to understand this phenomenon and to counteract it, there has been an enormous amount of scientific study in recent decades that looks at the stigmas of health professionals towards service users, and how this hinders care and creates more problems than solutions.

Another of the consequences that stigmatization related to psychiatric diagnoses has had is that, when understood as something negative, dangerous and synonymous with chronic illness, a source of constant discomfort , people who may need the attention of a mental health service are limited or stop seeking that attention.

In other words, stigmatization causes fear and rejection not only of the people who have the diagnosis, but also of going to mental health services, which intensifies the discomfort, the suffering is not accompanied, the behaviors become more problematic, etc.

Fortunately, given the unpleasant panorama described above, the specific case of people who have a diagnosis of mental disorder has been proposed as a topic that deserves special attention since the people with a diagnosis themselves and their families have spoken out against stigma and discrimination.

The latter has recently been supported by many mental health professionals, as well as by many public policy and international organizations. In fact, October 10 of each year has been established by the UN as International Mental Health Day .

Likewise, at different times and places around the world, people with diagnoses have demanded recognition of the diversity of bodies and experiences, as well as the need to continue fighting stigma in mental health and to seek above all respect for rights.