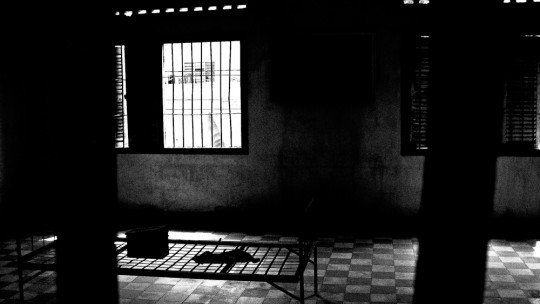 Today we talk about Stockholm Syndrome . As we discussed in the article “The ten worst mental disorders”, Stockholm Syndrome is a disorder that affects some people who have been kidnapped and may develop some kind of positive feeling towards their captors.

What is Stockholm Syndrome?

The term refers to a bank robbery that took place in Stockholm, Sweden, in August 1973. The robber kidnapped 4 people (3 women and 1 man) for 131 hours. When the kidnapped were released, they had established emotional ties with the kidnapper . As they were sympathetic to the kidnapper, they explained to the reporters that they saw the police as the enemies and had positive feelings towards the criminal.

The syndrome was first mentioned by Nils Bejerot , a medical professor who specialized in addiction research and worked as a psychiatrist for the Swedish police in the bank robbery case.

The Stockholm Syndrome is considered a defense mechanism, a reaction that our body manifests to a traumatic situation that happened, and experts do not completely agree on the factors that make a person more vulnerable when suffering from this syndrome. There are two causes for this disagreement. First, that it would be unethical to test theories about this syndrome through experimentation. The data obtained so far from the victims differ considerably.

The second cause refers to how this syndrome relates to other types of abusive relationships. Many researchers believe that Stockholm syndrome helps to explain some of the behaviour of survivors of the concentration camps of World War II , the reactions of members of sects, the permissiveness of abused women and the psychological or emotional abuse of children.

Javier Urra , doctor in Psychology and Nursing, explains in the daily ABC: “What is surprising is that the kidnapped person seems to side with the kidnapper and not with the rescuers, who will give him his freedom. This may be because his captor was very close to him and did not kill him, although he could have, fed him and brainwashed him . The hostage makes a certain pact of non-aggression, but deep down, without knowing it, he is trying to save his life”

Despite discrepancies among experts, most agree on three characteristics of the Stockholm Syndrome:

Stockholm Syndrome does not affect all hostages or abductees . In fact, an FBI study of 4,700 kidnapping victims concluded that 27% of those kidnapped developed this disorder . Subsequently, the FBI conducted interviews with flight attendants of several airlines who had been taken hostage in different hijackings. The data revealed that three factors are necessary to develop this syndrome: