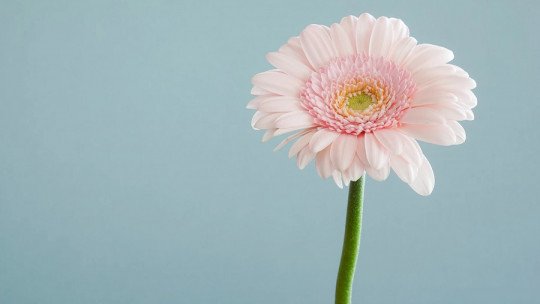 Many people believe that going to psychotherapy involves exploring aspects of the past that have defined our personality and even our psychological vulnerabilities. In fact, the most frequent stereotype of the typical psychologist is that of an individual who constantly asks questions about how our childhood was, over a long series of sessions that become a habit, rather than a necessity.

However, this view of psychotherapy is outdated: most mental health professionals today are very keen to address the patient’s problem as it is presented in the here and now, in order to provide quick solutions without having to reconstruct the past.

The Strategic Brief Therapy, currently based mainly on the works of Giorgio Nardone and Paul Watzlawick , is a sample of these efforts to help patients by putting the focus on the present. In this article we will see what it is and what principles it is based on.

What is brief psychotherapy?

To understand what Strategic Briefing Therapy is, it is important to know that it is included in a broader category, that of brief psychotherapy.

The concept of brief psychotherapy is used to refer to a wide variety of therapeutic proposals whose aim is to obtain concrete and objective results in as limited a period as possible , so that patients can benefit from having their needs met as soon as possible.

To put it this way, the raison d’être of brief psychotherapy seems to be pure common sense: isn’t it always about getting satisfactory results in the quickest way? In theory, the answer to this question is yes. In practice, however, this is somewhat more complicated than it seems, especially if we focus on what psychotherapy has historically been.

The fact is that although today the work of applied psychology (and, consequently, of psychological therapy) does have to do with obtaining results by optimizing the use of resources and available time, some decades ago this was not so clear.

From the perspective of psychoanalysis, for example, which became the dominant paradigm in psychotherapy in the first half of the 20th century, to help patients one had to delve deeply into their unconscious processes, and even question whether their real reason for going to therapy was what they said it was. And beyond Sigmund Freud’s direct followers, other forms of psychotherapy influenced by psychoanalysis also adopted part of this working philosophy according to which psychotherapy is a process of change without a clear end, or even for life.

In opposition to these approaches, brief psychotherapy is much more pragmatic and focused on the solution of specific problems and defined from the first sessions through dialogue between therapist and patient. Therefore, Strategic Brief Therapy inherits this way of working and tries to give concrete answers to very limited needs.

What is Strategic Briefing Therapy?

Strategic Brief Therapy is a model of psychological intervention in patients developed by researchers Paul Watzlawick and Giorgio Nardone in the second half of the 20th century and is still being studied to know what kind of psychological problems and disorders it can be used effectively.

The working mechanism by which the Strategic Brief Therapy is governed consists of detecting which is the vicious circle of behaviours that is keeping the problem to be treated alive, in order to “undo” that wheel that is turning by itself by its own influence on the patient’s actions, and to give this person the opportunity to adopt new habits to start from scratch.

That is why Strategic Briefing Therapy concentrates its efforts on the present , because if it were to aim mainly at the past, the development of the problem to be addressed would always be several steps ahead of the therapist’s inquiries and that loss of time would increase the risk of failure in helping the patient.

Thus, Strategic Brief Therapy requires having a global vision of the way in which the psychological disorder or behavioural dysfunction is expressed in the present, on the one hand, and a plan to intervene in the present problem without forgetting that it is a vicious circle in which all its parts must be taken into account at the same time (hence the word “strategic”).

Ideas and principles of this psychological intervention

In summary, the ideas from which the Strategic Briefing Therapy starts are the following.

As in cognitive behavioral therapy, Strategic Briefing Therapy assumes that the way the patient interprets reality explains at least in part why the disorder or dysfunction being treated arises.

2. The problem keeps to itself

3. The problem is in the present

As we have seen, from this type of psychotherapy it does not make sense to obsess about what happened in the first years of the patient’s life , but it is more practical to know what the problem is like in the present, since that is what must be solved. Furthermore, this will allow us to see which behaviors that the patient puts into practice to try to weaken his problem have the opposite effect, reinforcing it.

As we have seen, there are two names that stand out especially when it comes to understanding what the Strategic Briefing Therapy is: Giorgio Nardone and Paul Watzlawick. To conclude, let’s look at a couple of short summaries about who they are.

Psychologist Paul Watzlawick (1921 – 2007) was one of the main exponents of radical constructivism, a philosophical current that emphasizes subjectivity and the way in which it creates apparently objective phenomena. Therefore, he wanted to investigate how different ways of perceiving things affect our actions.

In addition, Watzlawick was one of the leading researchers at the Mental Research Institute of Palo Alto , California, and one of the founders of the Brief Therapy Center.

Giorgio Nardone (1958 – ) is the Director of the Centro di Terapia Strategica in Arezzo, Italy . For years he collaborated with Paul Watzlawick to develop the theorical and practical foundations of Strategic Briefing Therapy.