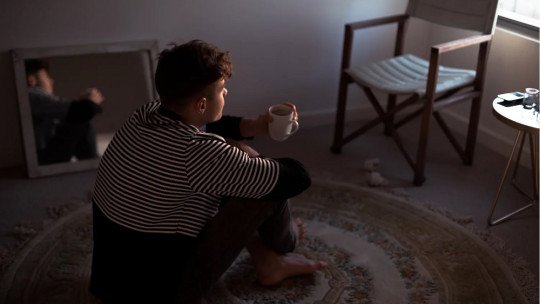 There was a simpler time when it was not so difficult to choose a career orientation . If your father had a workshop, you learned the trade and ended up inheriting it, if you were lucky enough to be able to access higher education, you joined a market that had not collapsed, and if everything failed, there was always the possibility of accessing certain public or private positions, perhaps less glamorous but just as worthy.

However, at a time when there are so many obstacles to playing the dreaded role of self-employed and with fierce competition on the labour market, there are more and more prepared graduates who often have to seek their luck beyond the Pyrenees. Choosing a career path is an increasingly dramatic decision. And when it comes to deciding… is it better to choose to study what we like, or what is more likely to give us a job that pays well? It’s not a simple question to answer, but it’s a good part of our life.

Choose studies for vocation or work?

Nowadays, aptitude tests are done, academic performance is evaluated according to the success in different subjects, sports and artistic abilities… to, in general, end up giving the as correct as generic advice: do what you like.

Yes, it is important to work on what we like, not only because we will be happier and spend more time happy (which is no small thing) but because a high motivation for the task at hand predicts a greater probability of success, as we are predisposed to learn about it, overcome failure, etc. In other words, we are good at what we like. But beyond the child who asks the kings for a stethoscope at age 5… do our students know what they like?

The question is not trivial, since, if I like, say, psychology, I will need to have the Bachelor of Health Sciences, and to access it will be convenient to have studied the electives related to it in 4th of ESO, when I fill out the registration at the end of 3rd … So, if I want to be a psychologist, I better find out before 15 years or be lucky enough to have done science because, as my counselor said, “it opens more doors.

Uncertainty when deciding on a career

Now, how is such an inexperienced person going to choose a profession , from among all those available, with the information he or she has?
Normally, we tend to look at the subjects in which the children stand out. If we are lucky enough to have them distributed in a way that corresponds to one of the three or four high schools, we write down our first clue.

Here we are faced with a certain problem of logic. On the one hand, it is a simplistic view to associate jobs with their corresponding baccalaureates. In the case of psychology, science careers, what is more important that you like? Mitosis and integrals, or contact with people? Which competence is more important, mental calculation or empathy? What does a future journalist have to like more, humanities careers? Kant and etymology, or current events and narrative?

Don’t get us wrong: all competence is welcome and knowledge always adds up (although it does take up space, according to the psychology of memory), but we may fall into a fallacy if we try to restrict professional opportunities to primary school subjects .

Perhaps the most advisable thing would be to create an environment that facilitates more competencies than the academic one. That not everything should be “behaving well” and passing exams (which, I insist, is just as important). That the motivation for those competencies such as creativity, social skills, humour, initiative, effort… should be taken into account so as not to enter into the eternal debate on those subjects so unworthily undervalued in the curriculum, such as artistic education, music, physical education…

The key is to detect sources of motivation

Every career path usually involves very specific skills and abilities, so it can be a mistake to neglect the student’s motivation for certain elements that can later prove surprisingly crucial. It is vital that a student is able to detect those competences that motivate him/her , since a high motivation for the task to be carried out is a predictor of success and well-being.

Therefore, it is the responsibility of educators to establish an environment that facilitates the deployment of the different competencies that the student can develop, and while schools and other formal learning environments are adapting to these new times, parents, monitors and psychologists have the honor of complementing the work. An environment based on passive education will hardly be suitable for students to develop areas of interest, and therefore much of their potential will be lost.

Although at an early age we do not necessarily have to know how to choose effectively how we want to direct our lives, it is a key stage in the development of areas of experimentation, curiosity and personal interests that will later become talents .