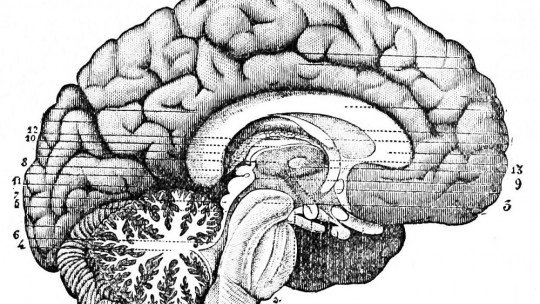 Absolutely each and every one of our capacities and abilities, whether motor, social or emotional, are governed and coordinated from the various structures that make up the entire brain.

One of these systems are the subcortical structures of the brain , which have functions in the motor system, such as in the performance of social skills or in the regulation of emotions. Throughout this article we will explain each of these structures as well as the possible consequences of an injury to them.

What are subcortical structures?

Within the field of neuroanatomy, the structures that make up the nervous system are studied. Some of these systems are those known as the subcortical structures.

The subcortical system or structure, located in both cerebral hemispheres, is composed of those cerebral centers that are located between the white substance, being located near the lateral and ventral region of the lateral ventricles .

As complementary information, white matter is the matter that makes up 60% of the brain. This substance consists of a large number of nerve fibers, which in turn contain the neuronal axons. These axons are characterized by being covered by a myelin sheath that protects them and promotes the rapid transmission of electrical nerve signals.

As mentioned above, the subcortical structure is made up of different nuclei, specifically four: the hippocampus, the cerebellum, the amygdala and the basal ganglia, each of which has a specific location and function, so that in the event of an injury the person will experience a significant decrease in a whole series of psychological and mental abilities and skills in general .

Broadly speaking, the main functions in which these brain centers are involved include

As mentioned above, subcortical structures are formed by a series of nuclei , each of which has characteristics that distinguish it from the rest of the centres. Next we will describe them one by one, as well as their functions and the consequences that can appear if they are injured.

The hippocampus is one of the major brain structures that can be found in both humans and other mammalian animals. This small organ located in the intermediate temporal lobe and with a shape that resembles that of a seahorse (hence the etymological origin of its name), is one of the most important parts of the limbic system .

Traditionally, the limbic system has been associated with the regulation of emotions, while the hippocampus plays a fundamental role in memory processes , especially in long-term memory, and in spatial navigation.

Injuries to the hippocampus

As mentioned above, this subcortical organ plays a fundamental role in memory processes, so any type of damage or injury to it can cause significant impairment of memory, especially when generating new memories .

In Alzheimer’s disease, for example, hippocampal damage caused by neurodegeneration is one of the first symptoms to appear, initially causing disorientation and mild memory problems.

This second region belonging to the subcortical structure and known as the cerebellum is located in the lower part of the cerebral hemispheres. Through three ducts known as cerebellar peduncles, the cerebellum is connected to the rest of the brain, sending information about body movements .

In addition, its work in collaboration with the basal ganglia (another subcortical structure), makes the functioning of the sensorimotor system possible.

Lesions in the cerebellum

In the case of the cerebellum, when it suffers some damage or degeneration, problems in motor functions and skills begin to appear. These problems range from clumsiness of movement or problems controlling the exact direction and speed of movement to alterations in coordination, balance and maintenance of a fixed body posture .

Damage to the cerebellum can be caused by diseases such as multiple sclerosis, endocrine system disorders, spongiform encephalopathies, or chronic alcoholism.

The brain organization known as basal ganglia is composed of circuits of neural centers connected to each other , which send information continuously and reciprocally.

In addition, these centers located at the base of the brain have the ability to link the lower regions of the brain, such as the trunk and spinal cord, with the higher regions located in the cerebral cortex.

The different centers that make up all the basal ganglia are

Although each of these centers has a number of functions of its own, in general, basal ganglia play a major role in controlling and executing the voluntary movements that people carry out unconsciously. That is to say, it gives us the possibility of carrying out all those routine activities that, although we carry them out voluntarily, we do them “without thinking”.

As in the rest of the centers of the subcortical system, any type of lesion in the basal ganglia will have a direct effect on the functions that these control. In this specific case, the damage to these structures is associated with serious degenerative conditions . These pathologies include:

Finally, the amygdala is an almond-like structure located deep in the temporal lobes . Like many other subcortical structures, the amygdala is made up of a series of nerve centers which have their own functions.

Also known as the amygdalin body, it is one of the structures that generates most interest in the field of psychology, since its condition of deep brain makes it the main regulator of our most basic emotions , as well as our most primary survival instincts.

Taking into account this information, we can affirm that both in humans and in the rest of the vertebrate animals, the amygdala constitutes one of the cornerstones of the evolution of the species.

The neural centers that make up the amygdala are

As with the basal ganglia, although each of these centers has a specific role, they are all related to feelings and emotions.

On a general level, the amygdala is responsible for emotional control, as well as for the regulation of emotions such as fear and behavioural responses of aggression . In the same way, it makes possible the recognition of emotions according to facial expressions and takes care of emotional memory and pleasure responses.

Injuries to the amygdala

Toxic substance abuse, as well as direct damage or injury to the amygdala can cause a number of disorders related to the management of emotional ones.

A person with some type of amygdalin body impairment may experience problems in the recognition of facial expressions that reflect emotions . Another consequence is the lack of response to sexual stimuli or the impossibility of recognizing one’s own feelings of love, happiness, anguish or anger among many others.