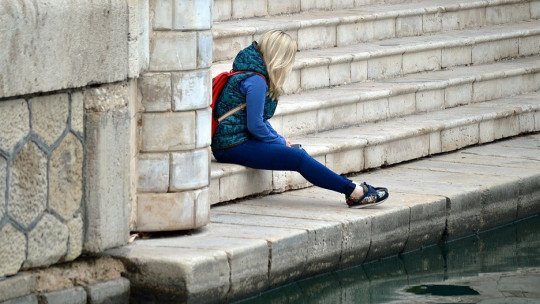 Kindness and empathy are characteristics that we value positively in others, but if these are taken to the extreme, one can fall into a chronically submissive attitude .

The usefulness or problematic nature of certain psychological characteristics also depends on what they imply in terms of relationships with others. Our well-being does not simply emanate from us outwardly, but also has to do with the effects that our attitudes have on others and how they affect us.

The psychological traits of submissive people

Next we will see what characterizes submissive people, and what this means in their day-to-day life.

Submissive people tend to avoid confrontation, however minimal. This means that they usually make sacrifices to prevent these “clashes of wills”, devoting time, effort and resources to ensure that others are not upset.

Sometimes these people dislike even the idea of the other person being impatient or angry. This indicates that this submissive attitude does not usually respond to an eagerness to instrumentalize the other person (seeking his protection or influence) , but rather it generates a bond of total domination, and even mental domination .

Although it does not happen in all cases, many times submissive people have a past full of mistreatment or bullying behind them. This past makes you learn that others will attack at the least , for any excuse, with the slightest trace of frustration or anger. This in turn leads to others accepting the dominant role that is granted to them.

Submissive people tend not to want to attract much attention. This is something that is done to avoid conflicts and humiliating moments in which any aggression initiated by others will not be able to be responded to proportionally.

Submissive people do not have to be introverted, but they are usually shy. That is to say, they think almost obsessively about the image they give , and about what others think about them, often as a result of knowing they are submissive and, therefore, little valued socially or with many possibilities of making a bad first impression.

This means that they will hardly initiate informal conversations with strangers, for example, and sometimes even find it difficult to initiate formal dialogues with people they do not know well. Again, this is a consequence of that attempt to keep a discreet profile.

Submissive people adopt the role of someone who needs protection , and so it is common for them to establish asymmetrical relationships based on dependency.

In pathological cases, such as those in which Dependent Personality Disorder has been diagnosed, this can go to the extreme where nothing is done that does not involve being close to someone who plays the role of “protector” and who is used to serving in everything.

Submissive people speak relatively little about their own views, do not spend much time giving their opinions, and prefer to focus on what others want or need . Sometimes it is difficult to know what their motivations are, because they may avoid talking about them explicitly. In general, this denotes a clear lack of assertiveness.

7. They try to satisfy others

Another psychological characteristic of submissive persons is that they do not mind revealing their situation as a “dominated party” in a relationship. Although they may sometimes adopt a passive-aggressive role, they avoid disobeying orders so as not to provoke fights and disputes.

Submissive people, because they try not to attract attention, make their body as discreet as possible through their postures. It is common for them to keep their eyes low, for their arms and legs to move little outward with respect to the vertical axis of their body, or for their back to be hunched over.

As there is no way to contradict anyone, the only way they can give themselves a break is to make their body go to the extreme . That is why they tend to get more tired, or get sick more often: they go through more moments of stress and strain than most people around them, as they rarely make any concessions to themselves.

Not only is there a tendency to make little contact with strangers, but there is also a tendency to talk less, and when this is done, the conversations are usually about unimportant topics. In this way, the attention is not forced to be totally turned to themselves, something that would happen if, for example, anecdotes from childhood are told or if the life projects that are being considered are explained.