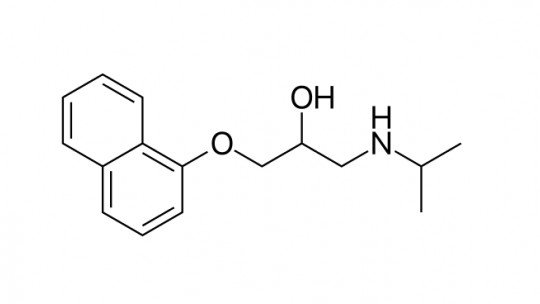 Sumial or propranolol is a medicine widely used to treat symptoms of physiological anxiety such as tachycardia and tremor. It is also frequently used in cases of hypertension and cardiovascular problems in general.

We intend to analyze what Sumial is, what it is for and what are the possible side effects it can cause, especially if we consume it in an irresponsible way.

“Sumial” is the trade name for propranolol, a drug from the group of beta-blockers, which inhibits adrenaline and noradrenalin a and thus the physiological stress response.

This means that propranolol decreases the activation of the sympathetic nervous system, which manifests itself in a reduction of the heart rate that has relaxing effects on both the physical and psychological levels.

Sumial and other beta-blockers are mainly used for “stage fright” and to treat problems of the heart and cardiovascular system, such as heart arrhythmias.

We have already mentioned the most known uses of propranolol, but has other therapeutic applications besides heart rate reduction and physical activation . In any case, it should be noted that this product should only be consumed under medical indication and supervision.

Sumial is effective in reducing physiological activation symptoms such as palpitations, tremors and excessive sweating or hyperhidrosis. All these can be presented as physical symptoms of anxiety, so in many cases they occur in stressful situations that our body interprets as threats.

This type of symptoms are more frequent in people with a tendency to physiological anxiety , such as in cases of social phobia or post-traumatic stress, although they may occur in anxiety-related situations without the need for this condition to be met.

However, although it is common to take Sumial on time without a prescription when faced with difficult exams or public speeches, this can be risky: since we cannot be sure how our body will react to the medication, taking it in these cases could even worsen performance.

The main indication of the Sumial is the treatment of heart problems since it reduces the heart rate . It is thus effective in treating hypertension, cardiac arrhythmia and angina pectoris, as well as preventing heart attacks in people who have already had one.

Previously propranolol and beta-blockers in general were widely used to treat hypertension, but these drugs have lost popularity because there are other more effective ones. Diuretic drugs such as thiazides stand out because by making the blood vessels contain less fluid they cause a reduction in blood pressure.

Sumial is effective for the treatment of migraines and headaches, including cluster headaches. In particular, it is considered to work well for the prevention of headaches.

Propranolol is especially indicated in the prevention and treatment of childhood migraines, since there are few medicines that combat them effectively and safely. Amitriptyline, riboflavin and some anticonvulsants can also be used for this purpose.

Hemangioma or “strawberry mark” is a type of benign skin tumor that appears in some babies during their first year of life. The striking red color of hemangiomas is due to the fact that they are made up of blood vessels.

Hair hemangiomas usually disappear between the ages of 5 and 10 without the need for treatment. If necessary, corticoids or beta-blockers are administered or a surgical operation is performed a.

Sumial can also be effective in treating problems of the thyroid gland , which produce symptoms such as increased heart rate, diarrhea, weight loss, and irritability, as well as other anxiety-like symptoms.

This is important, since the thyroid gland is a sort of directory of hormones. Problems in this organ are capable of generating a chain reaction affecting various areas of the body, as well as affecting mood.

Pheochromocytoma is a type of adrenal gland tumor caused by high blood pressure. The recommended treatment for this disease is a combination of propranolol and an alpha-adrenergic blocker .

Glaucoma is an eye disease that is usually due to high blood pressure in the eye . This disorder manifests itself in the progressive decrease of the visual field and if untreated can cause significant damage to the optic nerve as well as loss of vision.

The concept “essential tremor” refers to a type of benign tremor that normally occurs in the hands, usually beginning after age 40 and worsening with age.

Essential tremor seems to have a genetic basis and is affected by factors such as physical tiredness or stress . When they are severe enough to require treatment, beta-blockers are used as the first choice of medication.

The most frequent side effects of Sumial are related to its therapeutic effects. Thus, it can slow down the heart rate excessively and produce fatigue or a feeling of tiredness. It can also disturb sleep and cause nightmares.

Occasionally the consumption of propranolol may cause Raynaud’s syndrome , a circulatory disorder characterized by numbness and pain in the hands.

It must be taken into account that side effects are normal in all types of drugs , although their intensity and the specific effects they produce vary. This is because these drugs are substances that not only influence the target tissues and cells, but also many others, which produce side effects.

It is not recommended that people with asthma or a predisposition to hypotension, hypoglycemia or heart failure take Sumial, as its effects would aggravate these symptoms and could even pose a risk.

Women should not take propranolol during pregnancy or while breastfeeding to prevent the drug from affecting the baby.Also, people with heart, liver, kidney, circulation or thyroid problems should be especially careful when taking Sumial . In any case, it is not recommended to take this drug without a doctor’s prescription.

Consumption of propranolol increases the risk of type 2 diabetes and can aggravate the symptoms of people with diabetes, further altering their body’s response to insulin.