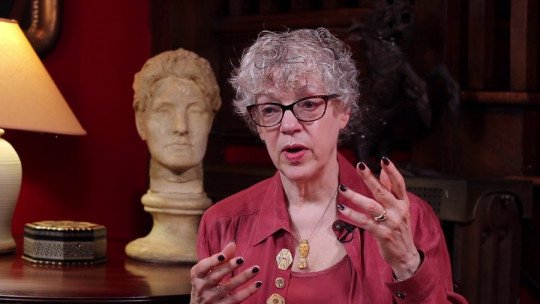 Not many women psychologists have received the attention they deserve, and it could be said that Susan Fiske is one of the few who has managed to receive the prominence she deserves.

A great scholar of social phenomena from a perspective proper to cognitive psychology, this social psychologist has contributed to the science of behavior several theories on social cognition, studying aspects such as the formation of sexism and prejudice. She has written many books and articles, all of which are highly recommended.

But despite her work, she remains relatively little known outside this field of science. Let’s see her interesting life through this biography of Susan Fiske in summary format.

Next, we talk about the main vital facts that are remarkable in the life of Susan Fiske, a social psychologist who is still alive and working for the popularization of this branch of behavioral science.

First years of her life

Susan Tufts Fiske was born on August 19, 1952 in the United States. Fiske’s family environment has been made up of both psychologists and human rights defenders, which marked her interest in social psychology since childhood .

His father, Donald W. Fiske, was a very influential psychologist at the University of Chicago, while his mother, Barbara Page Fiske, was a leading activist. She is the sister of Alan Page Fiske, an anthropologist at UCLA, and her grandmother was a suffragette.

In 1973, at the age of 21, Susan Fiske began her studies at Radcliffe College to obtain a degree in Social Relations . She received her PhD from Harvard University in 1978 with the thesis Attention and the Weighting of Behavior in Person Perception.

She currently resides in Princeton, New Jersey with her husband, sociologist Douglas Massey.

Susan Fiske had the opportunity to work with Harvard professor Shelley Taylor, which allowed her to study social cognition, focusing mainly on the effect that attention has on social interactions . After graduating, Fiske continued to study and work in the field of social cognition.

It can be said that, from the beginning of psychology as a science, the cognitive and social branches have never been in complete agreement, and one could even say that they maintain a certain conflict today.

Still, Fiske managed, through his work, to bring together the best of both branches, especially when he tried to delve deeper into the study of social cognition. As a result, Fiske co-authored with Taylor the book Social Cognition .

In the case, Fiske gave her testimony being the first social psychologist who testified in a case of gender discrimination . This event aroused interest in the application of psychology in legal contexts.

Later, he was able to work with Peter Glick, at which time he set out to study dependence in male-female relationships, which allowed him to develop what would later become the theory of ambivalent sexism.

One of the most interesting investigations that Fiske carried out was that of analyzing gender differences in publications of social psychology , especially from one of the most influential journals in the field, the Journal of Personality and Social Psychology .

The conclusion of this research was that male social psychologists had a higher percentage of acceptance of their articles for publication compared to women, although the difference was not much greater (18% vs. 14%). In fact, you could see that the impact factor of female authors was the same compared to male authors if you looked at the number of citations in textbooks, in addition to being the most cited women per published article.

Susan Fiske has been involved in the formation and constitution of social cognitive neuroscience , a field which investigates the neural basis behind social events.

Your contributions to psychology

Susan Fiske’s scientific work can be demonstrated on the basis of the many books, articles and conferences she has written throughout her professional career. In all of them she deals with aspects of both the social and cognitive branches of psychology, explaining various theories related, above all, to the study of social cognition. There are four of the most relevant theories in all his work.

Working together with Peter Glick, Fiske developed the Ambivalent Sexism Inventory (ASI) , a tool designed to record and understand prejudices towards women.

This inventory has two components related to stereotypes of women: hostile sexism and benevolent sexism.

Hostile sexism is expressed especially towards women , who do not meet the characteristics of the more traditional female figure or who fight for their rights.

On the other hand, with benevolent sexism reference is made to overprotective and paternalistic behaviors aimed at women that do comply with the traditional image of how a woman should be.
The theory holds that, in the interaction between men and women, the latter are forced to come closer to the traditional image of femininity if they want men to pay attention to them or help them to progress in their work.

Despite the fact that usually the privilege-misunderstanding relationship is directed towards men and women, the theory holds that both men and women can carry out both versions of sexism . However, it is usually men who exercise, above all, hostile sexism.

The Stereotype content model is a psychological theory that holds that people tend to perceive social groups based on two fundamental dimensions: warmth and competence .

This theory has been able to find that people who belong to the same social group, for example, the American middle class, perceive members of the same socio-economic group as more friendly and competent people compared to those in other groups.

Furthermore, it allows us to understand how people see other groups that do not have as many privileges or economic resources, such as refugees, people at risk of exclusion… seeing them as neither warm nor competent.

3. Theory of power as control

The theory of power as control tries to explain how the classes that possess power over society make people behave by ignoring or paying attention to others , based on how the wealthiest elites have established it.

This model tries to explain how people form impressions of other people. It is theorized that these first impressions are formed based on two factors, one being the information available and the other being the motivations of the person who perceives them.

Based on these two factors, they help explain the tendency of people to follow criteria more related to the stereotypes accepted by the majority of the population or individual beliefs.

In 2010 she was awarded by the APA with the prize for the distinguished scientific contribution . In 2013, Susan Fiske became an elected member of the American National Academy of Sciences.

She has served as president of the Society for Personality and Social Psychology, Division 8 of the APA, the federation of brain and behavioral science associations, the American Psychological Society, and the Foundation for Advancement in Brain and Behavioral Science.

In 2014, a quantitative analysis was carried out which concluded that Susan Fiske was one of the most eminent researchers in modern psychology , ranking 22nd.

She was also ranked 14th in the same analysis as the most important living researchers and was considered the second most important female psychologist.