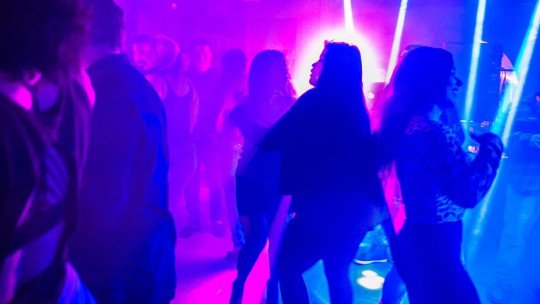 Sexuality is an aspect of our lives that throughout history has been treated differently depending on the era and the prevailing currents of thought. Multiple sexual practices have been banned and censored, and even female desire and pleasure have been undervalued and forgotten for centuries. The same has happened in all those sexual orientations different from heterosexuality, which have even been persecuted.

Fortunately, today we live in a stage where at least in one part of the world there is a high level of sexual freedom, with different ways of enjoying our sensuality and sexuality being born and reproduced. One of these practices is still somewhat controversial for part of the population today, as it differs from the concept of fidelity that is associated with the world of the couple. It is the exchange of a partner or swinging and those who practice it, the swingers .

Swingers are people in a stable relationship who have consensual sex by both partners with other partners.

Thus, each of the members of a couple maintains relations with one of the members of another while the other two do the same . These sexual acts are always carried out in the presence and with the participation of all the members of each couple at the same time and place, being involved at all times in a more active or more passive way in the sexual encounter.

It is remarkable that these are stable couples who decide to have sex with other people in an agreed and joint way, there is no deception and it must be something desired by both parties. Likewise, the partner with whom the so-called partner exchange is carried out is decided and agreed upon jointly , not imposing the choice of one over the other. There is amorous exclusivity, but not sexual exclusivity.

The range and type of acts to be allowed or accepted must be agreed in advance. In some cases one of the members of each couple copulates while the other two watch. Couples who do this are usually heterosexual, although it is not uncommon for same-sex contact to occur even if they are not homosexual.

This is not a particularly frequent type of practice, being something that is not totally well seen by society today. Regardless of this, it is important to bear in mind that these practices are carried out at all times with respect, and that swingers are people who have decided to enjoy their sexuality in this way freely and respecting the values and rules they decide on with their partners .

Historically, there are certain doubts about the origin of swinging. It seems that one of the most accepted hypotheses is that its origin dates back to a period of time between the forties and the sixties in the United States.

The origins would go back to groups of military men stationed in the Philippines, who in some clubs carried out what at that time was called “wife swapping” : they met and after putting each of them the keys of their rooms in a hat, they took from that hat other keys corresponding to another room, exchanging them with the couple of the original owner of the keys. This type of practice became popular in the hippie era, although it continued to be little accepted by the majority of the population.

Over time, this practice, which was initially associated with a submissive role for women and in many cases also with express submission, has been modified to make it a practice in which couples decide in an agreed and mutually consensual manner to have sexual relations with other people at the same time and in the same place.

The practice of swinging is a complex phenomenon and socially criticized , something that generates that swinging couples tend to hide their practices. It is also necessary to take into account the need to establish a series of rules in these practices in order to avoid conflicts within the couple. Although each couple will establish their own rules, most of them follow a series of basic principles.

1. Agreed situation and no pressure on either party

The main and most important premise that all partner exchange must follow is the fact that both partners must be interested and agree to perform this type of practice. That is to say, it is fundamental that neither of the parties come to accept something that they really do not want to do just to please their partner or for fear of breaking it.

This also applies to acceptance or rejection by the person or couple with whom the couple wishes to have a sexual relationship.

Another basic element is the use of prophylaxis: sexual practice with different partners can lead to a high risk of infection with sexual infections or pregnancy if it is not done with protection. The use of condoms and other protection mechanisms can reduce this risk.

One of the most basic premises that makes the swinger movement may not have negative repercussions on the couple is the fact of keeping the exchange act in something merely sexual. We are talking about the fact that those who carry it out must be consolidated and stable couples, who must be monogamous at a relational or romantic level.
This aspect is especially relevant in order not to damage the couple.

Words of affection, tenderness, romantic gifts are out of place. Even many couples forbid kissing, given the romantic connotation that this act usually has for most people.

4. It should not be the only sexual practice

Swinging can be a stimulating practice for those who practice it, but it is highly recommended that it is not the only one. Having sex with your partner in other contexts and without swapping is also necessary and healthy for the maintenance of the couple.

If it is carried out under a series of basic rules and in a way that is totally accepted and voluntary by both parties, the interviews carried out seem to indicate that swinging does not have to have negative effects on the couple’s functioning and in some cases it can even revitalize the eroticism and attraction that exists between its components by seeing them enjoy themselves in other ways. Also, the idea of sharing this type of activity as something secret between both members of the couple may be desirable.

Swinging also has a number of risks, especially if the basic premises described above are not met or if the rules agreed upon between the partners are not followed.

Among these risks is that of the partner breaking up as one of the components may consider that the other people with whom they are in a relationship give their partner something that he or she is not capable of giving them. There is also the risk of emotional involvement if the contact is prolonged and repeated. People who are insecure, jealous, or have basic relationship problems should not resort to these practices as they can make their situation worse.

Also, another of the most problematic aspects is the fact that only one of the components of the couple really wants to have the exchange of couples, the other being reluctant despite agreeing to carry it out. In these cases, the party that does not really want to do so does not usually participate actively, and may be suffering because of this . Likewise, the situation may worsen if the party who wanted to do so does not want it to be an isolated experience but something habitual. That is why it is very important that there is good communication between the couple and that there is the aforementioned agreement between both parties

In addition, obviously and as in any sexual practice with multiple partners, it is necessary to use prophylaxis such as condoms and other types of barrier mechanisms, since the practice of non-monogamous sexual relations implies a risk of sexually transmitted infections and/or pregnancy.

It should be noted that although the basic principle is easy to understand, often the practice of swinging (which is what the practice itself is called) is confused with other types of activities of a sexual nature .