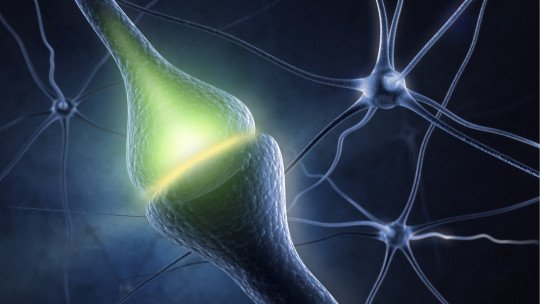 During the last few years bullfighting has become part of our everyday vocabulary as a result of the boom in energy drinks. Despite the controversy that has been created around it, it is an element that has always existed naturally in natural foods and even made by our own organism. Furthermore, although this substance is popular for its use in beverages, it is also a neurotransmitter, so our neurons use it to function.

Throughout this article we will know what it is, where we can find it, as well as its benefits and harmful effects.

Taurine is a derivative of the naturally occurring amino acid cysteine , which is also present in a number of specific foods.

Its curious name dates back to 1827, when German scientists Friedrich Tiedemann and Leopold Gmelin first isolated it from a sample of bull bile.

In humans we can find it in large quantities in organs such as the heart, as well as in muscles, platelets and the entire nervous system throughout its developmental period.

This substance stimulates the nervous system , so our body resorts to it in highly stressful moments or when intense physical activity is required. Due to these stimulating effects, large amounts of synthetic taurine are currently produced, which has become the main ingredient of energy drinks.

However, its use has generated not a few controversies since some studies assure that an excess of taurine consumption can cause serious damage to our organism . Taking into account that our organism manufactures it in a natural way and that we can find it in a great number of foods, the maintenance of a varied and balanced diet is sufficient to achieve healthy natural levels of taurine.

Where can we find her?

As we have mentioned, we can find natural taurine in various foods of both animal and vegetable origin. Likewise, since a few years ago, the types of drinks in which taurine, synthesized in an artificial way, is established as one of the main ingredients, have become popular.

Through a varied and balanced diet we can maintain adequate and stable levels of taurine, so it would not be necessary to resort to substances produced in the laboratory.

Those foods that contain greater amounts of taurine are those that come from the sea . Among them are octopus and the vast majority of seafood. Culinary preparations with ingredients such as raw or boiled (never fried) fish are good options when the person wants to get a good dose of energy.

In the same way, the meat from birds such as chicken also harbours large amounts of taurine, especially the meat found on the animal’s thighs. Other meat foods rich in taurine are those from pigs and cows.

As far as plant foods are concerned, there are a large number of legumes such as chickpeas, lentils and beans which contain large amounts of taurine. Likewise, nuts such as hazelnuts or almonds, or soya and algae are also known for their large contributions of this substance.

As mentioned above, energy drinks have become surprisingly popular in recent years. Among them, it seems that those composed of taurine as the main ingredient are even more famous.

Initially, these drinks were designed to boost the heart performance of sportsmen and athletes during exercise, especially in the world of bodybuilding. However, some time later, some popular soft drink and energy drink companies combined it with other compounds such as caffeine to also increase physical and intellectual endurance.

Consumed in moderation, these drinks need not pose a health hazard. However, we should not forget that they are unnatural synthetic compounds, so it is always better to opt for food-based options. Another disadvantage of these drinks is their high content of gas and sugars, which are harmful to health.

On the other hand, its consumption is completely discouraged in people with hypertension problems; as well as the combination of taurine with other depressing substances of the nervous system such as alcohol. The reason is that this mixture can cause abnormal heart rhythms .

What are the benefits?

First of all, it is necessary to specify that, when speaking of the possible benefits of bullfighting, reference is made to the occasions when it is found naturally. This is due to the fact that in those cases in which it is produced in a synthetic way or is presented in the form of a synthetic drink, it is accompanied by many other additives which are not very recommended.

Although taurine was discovered more than a century ago, this substance is still the object of numerous studies that try to discover each and every one of its therapeutic or beneficial properties. In addition, its moderate consumption through natural ingredients can promote and maintain blood pressure levels in healthy people.

Currently, it is known that taurine favours protein synthesis , so it helps our body to assimilate the proteins we consume much better. In addition, nutritional supplements based on taurine are widely used to promote the development and growth of bones.

Its use to enhance attention

Other benefits are related to the effects it has on the neuromotor system, which helps the user to maintain a greater focus of attention , as well as a high performance intellectual and physical state. This makes it popular with students, even though it is normally consumed through energy drinks, with the consequent physical wear and tear.

Harmful effects on the body

As has been pointed out on various occasions, bullfighting is a substance that enjoys such fame as well as controversial reactions and opinions. These debates revolve around the negative effects that synthetic taurine has on the organism.

Some research establishes a relationship between this taurine made from chemical and artificial compounds with physical problems and conditions such as hypertension, strokes, cardiac pathologies and problems and convulsions.

Due to the risk this poses to health, energy drinks with taurine have even been banned in some Northern European countries, which have linked them to the deaths of some people who consume these drinks.