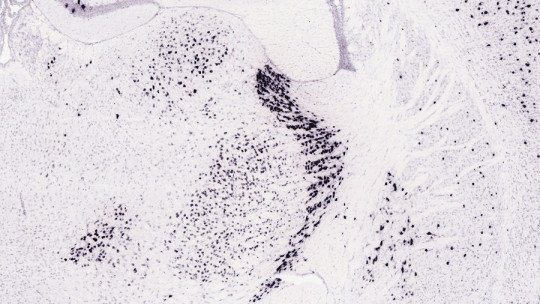 The thalamus is a brain structure that serves as a crossing point for multiple neural pathways (it is a “relay center”). Your injury causes the thalamic syndrome , a clinical picture that triggers various symptoms, with a predominance of thalamic pain.

Here we will know in detail the causes of this syndrome, as well as its symptoms and possible treatments.

The thalamus is a brain structure; it is a central grey core at the base that serves as a crossover point for multiple neural pathways . It is an even structure, located on both sides of the third ventricle. It occupies approximately 80% of the diencephalon and is divided into four large sections (anterior, medial, lateral and posterior), in turn divided into several nuclei.

All sensory and sensory pathways that start in the spinal cord, brain stem, and hypothalamus converge at the thalamus, where they serve as a relay (a “relay center”). In addition, the different coordination pathways of the extrapyramidal system, vestibular nuclei, cerebellum, striated nuclei and cerebral cortex are added.

Thalamic syndrome, also known as Dejerine-Roussy syndrome, is characterized by the following symptoms: transient mild hemiparesis, hemicoreoathetosis, hemihypesthesia, hyperalgesia , allodynia and hemiataxia with varying intensity of asthereognosia. This syndrome occurs in the presence of lesions in the posterior nuclei of the thalamus.

The clinical manifestations produced by thalamic lesions are very diverse (since they cover many routes), not very systematizable, relatively infrequent and little known by the clinician, although we can specify them, as we will see later.

This syndrome was first described in early 1903, when Jules Joseph Dejerine and Gustave Roussy were studying clinical and pathological facts of thalamic syndrome. Their initial description of the thalamic syndrome remains unchanged to this day, and few changes have been added to it in the last 100 years, although Lhermitte in 1925 and Baudouin in 1930 made important contributions to defining the characteristics of thalamic bleeding.

On the other hand, Fisher emphasized the language disorders and alterations of the ocular motility produced by thalamic lesions.

Thus, on the other hand, twenty years after that first description, Foix, Massson and Hillemand, other researchers, showed that the most common cause of the syndrome was the obstruction of the thalamogenetic arteries (branches of the posterior cerebral artery).

The most distressing symptom of thalamic syndrome is pain; it is generally untreatable, intense, disabling and constant. Thalamic pain is central in origin, that is, it originates in the cerebral cortex.

The pain is also refractory and unpleasant, and resists analgesic medication . Pain usually occurs as an initial symptom in 26-36% of patients. The sensation of pain is burning and lacerating, and is commonly associated with painful hyperesthesia in the same distribution. This hyperesthesia is defined as an exaggerated sensation of tactile stimuli (such as a tingling sensation).

Other important symptoms in the thalamic syndrome are paresthesias, a transient mild hemiparesis, hemicoreoathetosis, hemihypesthesia, hyperalgesia, allodynia and hemiataxy with variable intensity asthereognosia.

Specifically, patients with this syndrome manifest a sensory loss contrary to the injury in all modalities . In addition, vasomotor disorders, severe dysesthesia of the involved hemicorpse and sometimes choreathoid or ballistic movements also appear.

The cause of thalamic syndrome is an injury to the thalamus. Specifically, this injury involves the lower and lateral nuclei .

The most common lesions of the thalamic syndrome are of vascular origin (strokes), although there are also lesions of other nature, such as those of metabolic, neoplastic, inflammatory and infectious origin.

On the other hand, alluding to the vascular origin of the syndrome, thalamic infarcts are generally due to the occlusion of one of the four major vascular regions : posterolateral, dorsal, paramedial and anterior.

The treatment of thalamic syndrome mainly involves the associated pain . In the past, treatment was based on neurosurgery, with operations such as thalamotomies (removal of a small area on the thalamus), mesencephalotomies (removal of the midbrain) and cingulotomies (section of the cingulum).

On the other hand, other new treatments have also been used in recent years, from opiate drugs, tricyclic antidepressants and analgesic-antiepileptic (for example gabapentin).