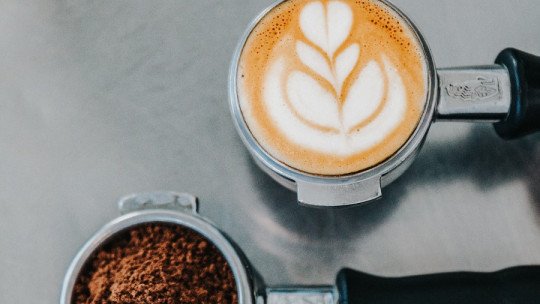 There is no doubt that coffee consumption is a kind of tradition that is part of society on a daily basis. According to some reports, the average amount of coffee consumed by Spanish citizens is 2.5 cups per day. Usually in the morning and late afternoon. But, how to know which are the best coffees in the supermarkets?

As with most food products, taste is subjective. There are those who like it bitter, sweet, intense, decaffeinated, etc. For this reason, in this article we will resort to a list of the 10 best coffees that we can find in the supermarket based on consumer data, taking into account the OCU association (Organization of Consumers and Users).

There is an exaggerated amount of top quality brands and so-called white brands that we can find in the main supermarkets in Spain such as Mercadona, Lidl, Carrefour or Eroski.

Next, we will see the most recommended brands.

The company specializes in producing all types of chocolate products, of Swiss capital, is also the second most consumed brand in our country. There is a small negative point: its price . It costs almost twice as much as its competitors, about 7 euros per 100 grams.

It is another own brand of the Spanish supermarket chain Dia, famous for its good value for money in all its products, and the coffee could not be missing. According to the score given by users, it is very close to the first two .

We found this mark in the fourth place because of an important peculiarity. It is that its presence is scarce in the whole state . Ahorramás supermarkets are only present in the Autonomous Communities of Madrid and Castilla-La Mancha. In those same provinces, it is the leading brand.

In fifth place we have another national and private label brand. El Corte Inglés’ shopping centres are not only famous for their fashion and electronics department stores, but also have a gourmet supermarket section with a wide range of food products .

Mercadona’s coffee is another white label that embodies our list. It is curious how this type of product takes the first places in consumption of this drink. Hacendado is the Valencian chain’s own brand , at a good price, too. One of the best coffees for those who usually go to supermarkets.

Eroski also has its own brand of coffee and is among the 10 most recommended of all supermarkets. Unlike its rivals, this brand is its price well below the previous ones. Some consumers consider it a bit bitter.

Surprisingly, the brand championed by famous actor George Clooney is not on the shopping recommendation podium in supermarkets. Some consumers have alluded to the loss of taste when it comes in capsule (plastic) format and not ground, and this is one of the reasons why it is not better valued.

Interestingly, it is the brand least known by users. It is not usually found in ordinary supermarkets. Not in vain, have been producing coffee uninterruptedly for over 120 years in Spain , offering multiple varieties to satisfy all tastes.

Another of the national flagship brands. Founded as a family business in 1907 by Don Julián Marcilla, this coffee has earned a place among the 10 best coffees we can find in supermarkets all over the country. However, it gets the last place for a simple reason, and that is that it is the most expensive brand in the whole list, exceeding 10 euros per kilo.