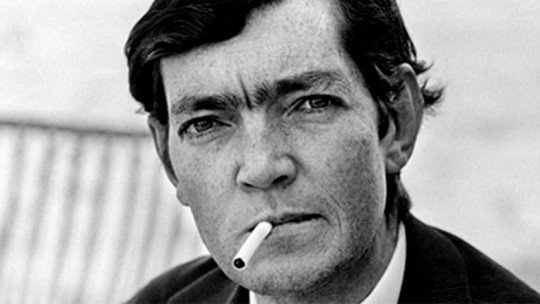 If we talk about Julio Cortázar, probably most people who know his work will identify his name with that of one of the greatest exponents of Hispanic literature of the last century.

This Argentinean writer, although of Belgian origin (although he was born in Belgium, shortly after his family was born he would flee from the First World War first to Switzerland, then to Barcelona and finally to Argentina, where he would grow up), who was also a translator and an important intellectual of his time, will probably be better known for his short stories and for one of his most important novels, Rayuela .

Also because of his concern for the Argentine military regime that existed in his time, which can be seen in some of his works. But the truth is that although his best known work is his literary work, the truth is that since his adolescence this author has felt a great interest in poetry, having written various works of great beauty that reflect his concerns and his feelings. That is why throughout this article we are going to present several of the best poems by Julio Cortázar .

Below we leave you with a brief sample of Julio Cortázar’s poems, which deal with such different areas as love, friendship, melancholy and disappointment.

Look, I don’t ask for much, just your hand, to have it like a little toad that sleeps so happily.
I need that door that you gave me to enter your world, that little piece of green sugar, of cheerful round. Can’t you lend me your hand on this New Year’s Eve of hoarse owls? You can’t, for technical reasons.

Then the stretch in the air, weaving each finger, the silky peach of the palm and the back, that country of blue trees. Thus I take it and hold it, as if a lot depended on the world, the succession of the four seasons, the crowing of the roosters, the love of men.

This poem tells us about the longing for the beings we love and cherish in special moments, such as the arrival of a new year, and with whom we cannot be because of the distance that separates us. It speaks to us of the memory and to have the other one present , fresh in his memory.

And when everyone was leaving and we both stayed between empty glasses and dirty ashtrays, how beautiful it was to know that you were there like a haven, alone with me on the edge of the night, and that you lasted, you were more than time, you were the one who did not leave because the same pillow and the same warmth was going to call us again to wake up to the new day, together, laughing, disheveled.

Poetry that briefly expresses the sensations produced by being alone with the person you love , the person you trust and admire and with whom you wish to spend your days.

We call it “la vedera”
And she liked that we loved her,
On his suffering lathe we drew
So many scratches.

Then, more compadres, tapping
We went around the block with the bar,
Whistling loudly so the blonde
From the warehouse he came out, with his pretty braids
To the window.

This poetry is dedicated to the land that the author considered his own, Argentina, where he would spend a large part of his childhood and which he missed when he left the country at the height of the Argentine Peronist military dictatorship between 1976 and 1983.

In the afternoon vault each bird is a point of memory. It is surprising at times that the fervour of time returns, without a body it returns, already without a reason it returns; that beauty, so brief in its violent love, keeps an echo for us in the descent of the night.

And so, what more than being with arms fallen, heart piled up and that taste of dust that was pink or road. The flight exceeds the wing. Without humility, to know that what remains was won in the shade by the work of silence; that the branch in the hand, that the dark tears are heritage, the man with his history, the lamp that illuminates.

On this occasion the author gives a brief description of the sensations produced by the arrival of autumn and the passing of time, as well as the knowledge that everything will be reborn in spring .

The slow machine of disaffection, the gears of reflux, the bodies that leave the pillows, the sheets, the kisses, and standing before the mirror, each one questioning himself, no longer looking at each other, no longer naked for the other, I no longer love you, my love.

A quite clear poetry that expresses how little by little magic and illusion has been lost in a couple’s relationship, up to the point that love has disappeared .

Tonight, looking for your mouth in another mouth, almost believing it, because that’s how blind this river is that it throws me into a woman and submerges me between its eyelids, what sadness it is to finally swim to the edge of stupor, knowing that stupor is that ignoble slave that accepts false coins, circulates them smiling.

Forgotten purity, how I would like to rescue that pain of Buenos Aires, that waiting without pause or hope. Alone in my open house on the port again begin to love you, again find you in the morning coffee without so many things that could not be renounced had happened. And not to have to accommodate myself from this oblivion that goes up for nothing, to erase from the blackboard your little dolls and leave me only a window without stars.

This poem talks about the feeling of emptiness and hopelessness , of using passions and vices as an escape, as well as the longing for better times after a full and initially happy relationship has ended.

In the tobacco, in the coffee, in the wine, at the edge of the night they wake up like those voices that in the distance sing without knowing what, along the way.

Lightly brothers of destiny, dark, pale shadows, I am frightened by the flies of habit, I am endured by the fact that I am still afloat in this whirlpool.

The dead speak more but in the ear, and the living are a warm hand and a roof, the sum of the gained and the lost.

So one day in the boat of the shadow, from such absence, my chest will shelter this ancient tenderness that names them.

One of Julio Cortázar’s poems dedicated to friendship, to the memory of those friends who mattered to us and with whom we shared part of our life.

My hands are black tonight, my heart is sweaty
like after fighting the smoke centipedes into oblivion.

Everything has been left there, the bottles, the boat,
I don’t know if they wanted me and if they expected to see me.

In the newspaper lying on the bed it says diplomatic meetings,
an exploratory sangria, beat him merrily in four sets.

A very high forest surrounds this house in the centre of the city,
I know, I feel like a blind man is dying nearby.

My wife goes up and down a small staircase
like a ship’s captain who mistrusts the stars.

There’s a cup of milk, papers, eleven o’clock at night.
Outside it seems as if crowds of horses are approaching
to the window behind me.

A sad poem that expresses the suffering and longing for what was left behind, probably derived from the feelings the author had when he left Argentina.

The totemic animal with its claws of light,
the eyes that gather the darkness under the bed,
the mysterious rhythm of your breathing, the shadow
that your sweat draws on the smell, the day already imminent.

Then I straighten up, still beaten by the waters of sleep, I return from a half-blind continent where you were also but another, and when I consult you with my mouth and my fingers, I run along the horizon of your flanks (you sweetly get angry, you want to go on sleeping, you call me a brute and a fool, you struggle laughing, you don’t let yourself be taken but it’s late, a fire of skin and jet, the figures of sleep) the totemic animal at the foot of the fire with its nails of light and its wings of musk.

And then we wake up and it’s Sunday and February.

This poem expresses the embrace and subsequent relationship under the sheets of a sleepy couple, after waking up .

I touch your mouth, with a finger I touch the edge of your mouth, I draw it as if it came out of my hand, as if for the first time your mouth was half open, and I just close my eyes to undo everything and start over, I make the mouth I want to be born every time, the mouth that my hand chooses and draws on your face, a mouth chosen among all, with sovereign freedom chosen by me to draw it with my hand on your face, and that by a chance that I do not seek to understand coincides exactly with your mouth that smiles below the one my hand draws on you.

You look at me, you look at me closely, more and more closely and then we play the cyclops, we look at each other more and more closely and our eyes get bigger, they get closer to each other, they overlap and the cyclops look at each other, breathing confused, the mouths meet and fight warmly, biting each other with their lips, leaning their tongues only on their teeth, playing in their enclosures where a heavy air comes and goes with an old perfume and a silence.

Then my hands seek to sink into your hair, slowly caressing the depth of your hair while we kiss as if our mouths were full of flowers or fish, of lively movements, of dark fragrance. And if we bite into each other the pain is sweet, and if we drown in a brief and terrible simultaneous absorption of breath, that instantaneous death is beautiful. And there is only one saliva and one taste of ripe fruit, and I feel you trembling against me like a moon in the water.

This beautiful love poem tells us about the sensations produced by a situation of intimacy and love and the sensations that are awakened by looking at each other and kissing the person we love.