The Pla del Real is one of the most populated districts that we can find in the city of Valencia, and has a large number of services related to both leisure and public and private health.

In this article we will focus on the latter and more specifically on psychological care centres where mental health professionals can attend to us and offer us treatment for any type of emotional or cognitive disorder that may complicate our daily lives.

It is for this reason that below we will review the best psychologists we can find in the district of Pla del Real , in Valencia.

Next we will see a list with some of the best professionals that we can find in the Pla del Real. Some of these psychologists may specialize in certain problems so it is always necessary to contact them to make sure they are trained and experienced in treating the problems we need to treat. 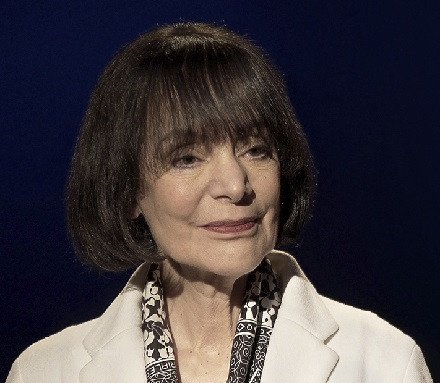 Pilar Liria Plañiol is one of the best psychologists that we can find in the district of Pla del Real and has a degree in Clinical Psychology from the Universidad Nacional de Educación a Distancia. It is also worth mentioning that she has a postgraduate degree in neuropsychology of neurodevelopmental disorders and a diploma in advanced systemic family therapy.

Thus, combining systemic family therapy with cognitive behavioural therapy, Pilar Liria Plañiol offers treatment to children and adolescents as well as to adults and elderly people suffering from problems such as anxiety and depression disorders. This psychologist is also an expert couple’s therapist and can help those relationships that are in crisis due to infidelity, distrust, inability to communicate in a non-aggressive way and cellopathy.

Victoria Montilla Trenco is an expert in psychotherapy and offers therapy to individuals, couples and families.

This mental health professional graduated in Clinical Psychology from the University Jaume I of Castellón and also has a Master’s degree in Clinical, Legal and Forensic Psychology.

She is also an expert in family therapy from the Gestalt and systemic therapy approach thanks to several complementary trainings she has. Although Victoria Montilla is always in constant training, this psychologist is an expert in treating problems such as anxiety disorders, eating disorders, irrational fears or phobias and obsessive-compulsive behaviour.

In this way, this psychologist gives her patients psychological tools to improve their self-esteem and communication skills without resorting to aggression.

This psychologist is the current director of the Centro Integra in Valencia, one of the most recommended centres in the Pla del Real district, which has a team of 6 psychologists specialised in different fields of neuroscience and mental health. In this way, in this centre they can treat a wide variety of problems and emotional disorders such as anxiety, depression, learning disorders in children and adolescents and also offer family therapy to those relationships and marriages that are on the verge of crisis due to an inability to manage emotions or suffer from problems of celopathy and conflicts with third parties (normally family members).

In this center, besides offering psychological treatments, they also offer pedagogical, speech therapy and neuropsychological services, so they can help in a great number of cases with different disorders and problems. Some of the problems they treat the most are Attention Deficit and Hyperactivity Disorder, adaptive disorders, Obsessive-Compulsive Disorder and problems falling asleep due to anxiety, phobias or depression.

With almost 40 years of experience, Vicente Cuevas is another of the best professionals we can find in Pla del Real if we need quality psychotherapy.

In his sessions he likes to start with Gestalt therapy and is one of the pioneer psychologists in humanistic therapy in the city of Valencia . In addition to helping people with emotional disorders such as anxiety disorders, panic attacks and attention deficit hyperactivity disorder, this psychologist also offers training related to the human mind in both Spanish and Latin American centres.

Carolina Jiménez is one of the psychologists who are part of the team of psychologists at the Mar Navas centre, which specialises in the care of children and adolescents.

This psychologist graduated in Clinical Psychology and later studied for a Master’s degree in Special Education, specializing in hearing and language. Thus, Carolina Jiménez is an expert in helping children and adolescents who see their school performance affected by problems related to learning disorders.

This psychologist has experience as a volunteer for the Red Cross Youth, having taken part in educational and awareness workshops and has also been part of the municipal psycho-pedagogical service of Benetússer.

Cristina Otaduy has a degree in Psychopedagogy and several masters that complement her university training, some of which are Clinical and Health Psychology and Educational Guidance and Mediation in Learning Difficulties.

In this way, Cristina Otaduy is an expert in child therapy to help children with problems such as anger management, disobedience, defiance and depressive behaviour that can lead to self-harm. It can also help children and adolescents who suffer from bullying.

Regis Villegas is a clinical psychologist by way of PIR and stands out for being able to attend in both Spanish and French, as he has been trained both in Valencia and in Montreal, which belongs to the French-speaking area of Quebec, in Canada.

This psychologist is on the Board of Directors of the National Association of Clinical and Resident Psychologists and is an expert in treating patients suffering from obsessive-compulsive disorder or tics. In this way, this psychologist can also offer help to people who suffer from body dysmorphic disorder and Gilles de la Tourette syndrome. The average price per consultation of this psychologist is 70 ?.

Together with Mireia Pérez, Carlos García is one of the two co-founders of the Inicia Psychotherapy Centre.

This mental health professional graduated in Psychology from the University of Valencia in 2014 and also has a master’s degree in neuropsychology of neurodevelopmental disorders. Thanks to this training, Carlos Garcia is an expert in treating emotional problems related to depression, self-esteem and self-concept and problems with eating disorders such as bulimia and anorexia and obesity.

As we have seen in the previous description, Mireia Pérez is the other co-founder with Carlos García of the Inicia centre.

She has a degree in Psychology from the University of Valencia since 2014 and also has training in conflict management and resolution in private law. She may also be one of the best options we can count on if we need help for teenagers, as she is a higher technician in children’s education. Another service he offers is personal coaching and he is a graduate in this discipline from the University of Cantabria.