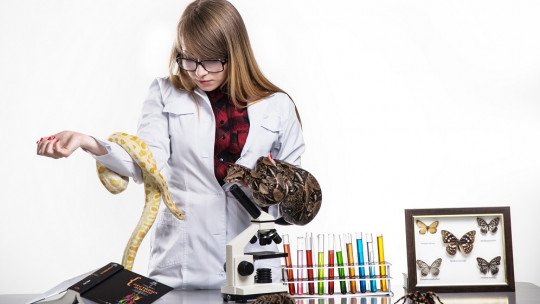 Like any science that is worthy of the name, biology diversifies its efforts in different disciplines in order to encompass the greatest possible knowledge. This is necessary, because there is more and more information and knowing everything in detail about the science of life is something that can be considered impossible, or for which we would need all the time in the world.

The different branches of biology allow us to delimit and concentrate knowledge in order to be able to investigate and continue advancing in the discovery of new information that will reveal the mysteries hidden in living beings.

The branches of Biology

Biology is divided into a multitude of disciplines, and as knowledge advances, new ones appear. Moreover, some of these disciplines are closely related to other major sciences that serve to support them, such as chemistry or geology. Even so, we can speak of 10 main branches that have served as a basis for the massive diversification of the science of life. Let us begin.

The cell is the primordial unit of living beings , since all are formed by them. Therefore it is not strange that one of the branches of biology focuses on the study of it. Previously known as cytology, this discipline, as its name suggests, specializes in the knowledge of the structures and functions carried out by cells.

One of the most impressive phenomena of life is how a whole multicellular organism can be generated from the union of two gametes. I am talking about the fertilization by means of a sperm and an egg (in the case of animals) to form a zygote. This branch of biology specializes in the study of all the cellular processes that take place in the development of a new organism through sexual reproduction.

The Earth is also known as the blue planet, and it is that almost 71% of the extension of this one is occupied by water. Life in the seas is no small thing , as shown by the fact that there is a whole branch of biology that focuses on the study of it, from the beings that inhabit it to its interaction with the environment.

If I spoke earlier about cell biology that specializes in the study of the structures and functions of cells, molecular biology focuses on the tools that cells use to carry out these functions. This discipline studies proteins and the processes they carry out from them, such as the synthesis of these components or the processes related to metabolism.

Living beings are the main object of study in biology, but there is a great variety of them, so it is necessary to diversify. Botany specializes mainly in the study of vegetables , such as plants, shrubs and trees, but also non-plant life forms that nevertheless share characteristics with them, such as algae, fungi and cyanobacteria. All of them have in common a reduced mobility and that they can perform photosynthesis (except for fungi).

The environment is a very important element for life and an increasingly topical issue. Ecology is the branch of biology that studies the intimate interactions that are established between living beings and their environment or habitat , forming what are known as ecosystems.

If cell biology focuses on the functions of cells, physiology is the discipline that specializes in the study of the processes that occur in organs, that is, functions that are performed from a set of cells. For example, the circulation of internal fluids or breathing mechanisms . There are both animal and plant physiologies.

The cell is the unit of life, but without DNA it would be nothing. Genetic material contains all the information needed to develop an organism. Therefore, there is a whole discipline that focuses on the study of genetic content, which is none other than genetics. The study of the genome has always been of special interest to biology.

If botany mainly covers plants, microbiology focuses on the study of microorganisms , living unicellular beings of very small size, only visible through a microscope. Among the beings being investigated are bacteria, archaeas (formerly called archaeobacteria), protozoa (unicellular eukaryotic organisms) or enigmatic viruses, although it is still debated whether the latter are living beings.

The last branch of biology that specializes in the study of living beings is zoology, which encompasses the last of the kingdoms, which is none other than that of animals . From sponges to mammals, a wide range of living beings fall under its field of study.