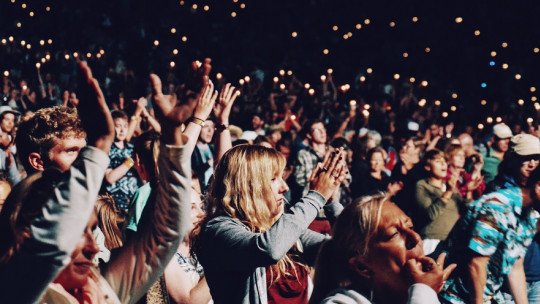 The main interest of the social sciences is to study human social behavior. More specifically, the social sciences study subjectivity and its relationship to structural aspects of society. This is divided into many specialties that are responsible for analyzing and describing the specificity of different social processes as well as their impact on individuals.

Below we explain what social sciences are and the characteristics of their branches .

What is social science?

The social sciences are a set of academic disciplines that study aspects of the human being related to individual behavior and the functions and elements of social organization .

They have, on the other hand, more to do with the human sciences (the humanities), because both study much of subjectivity and collectivity, yet are different in that the social sciences emphasize the use of scientific methods, while the humanities use more artistic and aesthetic methods.

In terms of science, “the social” appeared formally until the 19th century, when its disciplines were consolidated as research fields with their own differentiated objects of study. Initially, the term “social science” was used to group together the studies of culture and society , with which anthropology and sociology were two of the pioneers.

However, their background can be traced back even centuries, in the curiosity we have to understand what makes us human beings, the nature of our behaviors, the relationship with the environment, how we do not organize socially, and so on.

The 10 main branches of social sciences

Likewise, and according to the needs of each context, there may be more or less disciplines within the social sciences. This is the case, for example, of the limits that exist between some sub-disciplines within medicine (such as social medicine), sociobiology, neuropsychology or philosophy itself.

Anthropology is the discipline that studies the social behavior of human beings in relation to their physical characteristics and the cultural elements in which they are enrolled. This implies the forms and norms that culture takes in different societies both in the past and in the present.

Sociology is concerned with the study of human social relations and their institutions. This implies that its objects of study are very diverse. They can range, for example, from religion to the family, from social class divisions to racial divisions and the organization of states, among many others. It seeks to understand both social stability and the processes of change and transformation.

Geography is the social science that studies the different environments and spaces that make up the earth’s surface, as well as the interactions that occur between and within them. It is in charge of describing the main characteristics of the places where our life takes place, especially paying attention to the natural environments and how we relate to them .

As a result of this discipline, maps have emerged, for example, which among other things allow us to understand where they are and what the places are like based on graphic descriptions of the land.

History is the discipline that studies, describe and represent the events of the past , usually recorded in written documents, but not necessarily. While “the past” is a fairly broad category, history can be divided in many ways.

This division begins with defining the moment when the prehistory has been passed into history. From this, the different periods that have characterized different societies can be studied. There is, for example, medieval, modern or contemporary history; but also history of religion, history of art, universal history, among many others .

In this sense, law is nourished by human sciences such as philosophy, but also by politics, economics , sociology or history. The intention is to understand and generate institutional normative orders that impact human behavior and social relations.

Political science is the discipline that studies, describes and analyses political theories and practices, systems and behaviours. It seeks to understand power transfers in political decision-making processes and how these transfers are organized publicly and socially.

In addition to political theory, some sub-disciplines that make up this social science are the theories of democracy and governance, the study of national systems, public and administrative policy, and international law, among others.

At the methodological level , political science performs, for example, analysis of primary sources such as historical written documents or interviews; and secondary sources such as scientific articles, among other methods of empirical collection.

The economy studies, analyses and describes the processes of production, distribution and consumption of goods and services. It seeks to understand what means we have generated to satisfy our needs and how that impacts us both individually and socially. While economic activity is very diverse, economics as a social science can be subdivided into different areas. For example there are studies in public economics, labour economics, international economics , development economics, among many others.

This discipline studies and describes the human processes related to creation and the exchange of symbols that serve us to communicate . Specifically, it studies how the messages we elaborate can be interpreted through different political, cultural or economic dimensions in each context. Among other things, it analyzes how messages are elaborated and transmitted through the mass media, although it may also be through the arts, technology, among other areas.

Pedagogy is a discipline that studies the teaching-learning processes that occur in different environments, especially within schools, as these are the institutions where education is developed and transmitted. Education has positioned itself as one of the fundamental aspects in culture because it allows for socialization and the transmission of knowledge from one generation to another.

In this sense, pedagogy is the science that studies educational processes and also applies them , through different tools that it shares for example with psychology, sociology, communication, among others.

Psychology is the discipline that studies human behavior and mental processes . It differs from other social sciences, such as anthropology, in that it seeks to develop generalised explanations of mental functions and individual behaviour, and not so much of cultural or historical processes.

However, it is very much related to other human and social disciplines, since in order to develop explanations about individual functioning, it has been necessary to take into account how we develop in relation to others. Thus, different branches have emerged, some of the main ones being clinical psychology, social psychology, educational psychology, organizational psychology or neuropsychology.