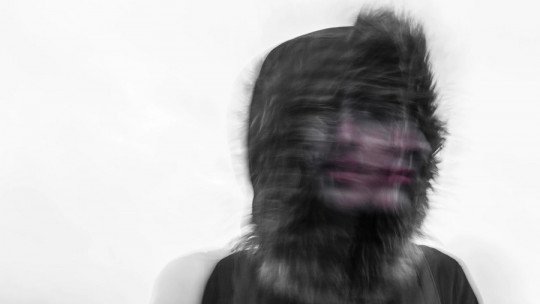 The mind is a complex object of study, which sciences such as psychology and psychiatry try to explain, and even more so when we are faced with conditions that make it difficult for a person to function or that cause discomfort and suffering.

In trying to analyze the particularities of these types of functioning and mental disorders, a rich and varied vocabulary has been generated, but which can sometimes be confusing to those who are not used to handling such terms. An example of this is between the terms psychotic and psychopath, which beyond phonetic similarities have little in common.

Let’s see how the terms psychopath and psychotic differ throughout this article. Why not, they don’t mean the same thing.

In order to start stipulating the existence of differences between the two conditions, it is useful to make a small definition of each of them and their main characteristics.

A condition in which people manifest a remarkable lack or absence of empathy, emotional detachment, absence of guilt and insensitivity to the needs and feelings of others, a tendency to lie and cheat, as well as the achievement of their own gratification regardless of the consequences, instability, a lifestyle that is parasitic on their environment, impulsiveness, irresponsibility, inability to follow and maintain a life plan, little behavioural control and little respect for social norms is called psychopathy.

There is also usually a very restricted and volatile emotional sphere, often being classified as proto-emotions.

In addition, stand out for their high capacity of seduction and manipulation . They are generally indifferent to other people (although in some cases they may feel respect or esteem for very specific and close people) and are often seen as a means to achieve their ends

Although psychopathy is especially known for cases of serial killers and other blood crimes, the truth is that not every psychopath has a belligerent and criminal behavior . There are also adjusted psychopaths, who generally have a tendency to seek positions of power and are usually found in the upper echelons of the business world or even at the political level.

It is also common for some unusual behaviour to occur from childhood, such as the mistreatment and mutilation of animals.

When we speak of the term psychotic, we are referring to a type of mental disorder or alteration characterized mainly by the presence of a rupture or division of the mind or psyche with reality , which, together with neuroses, forms one of the main groups of types of mental disorder.

Those who suffer from a psychotic-type disorder suffer from some kind of condition in which they usually suffer from perceptual deceptions, that is, perceptions without a real object that are basically a mental projection that is perceived as coming from the outside. These alterations of perception are what we call hallucinations .

It is also common that, often derived from such perceptions, delusions appear: false and implausible beliefs or ideas in relation to reality or part of it that are held with conviction and are very resistant to change, regardless of the existence of evidence against it or the lack of support from the environment.

Hallucinations and delusions are some of the most common and well-known symptoms of psychotic disorders, but in this type of disorder other symptoms may appear such as flight of ideas, incoherence and loss of logic in thinking , very high emotional lability, behavioural alterations, attention problems, reduced capacity for reasoning, catatonia, emotional flattening, agitation, logorrhoea, anhedonia and/or social difficulties.

It is a severe type of mental disorder that has a great impact and alteration in the life of those who suffer from it and usually appears in the form of outbreaks, but although there is no curative treatment, it can be treated in such a way that one can lead a normal life.

Differences between Psychopath and Psychotic

One of the differences between people with psychopathy and those with psychotic disorders can be seen in one of the key conditions of the latter: the presence of hallucinations and delusions.

Although the presence of perceptive deceptions or hallucinations and/or delusional ideas are one of the main criteria that would tell us about a psychotic-type disorder , these are not present among psychopaths , who do not suffer from any type of perceptive alteration.

Another of the main differences can be found in one of the distinctive characteristics of psychopathy: the absence of empathy. Psychopaths are mainly characterized by the absence or minimal capacity to put themselves in the other’s place, to understand them and to feel their emotions and feelings.

However, this absence of empathy is not among the defining characteristics of psychotic disorders (although in some cases it may occur, and especially when there is associated cognitive impairment).

Schizophrenia and other psychotic disorders are understood as alterations that cause a break in the patient’s mind with the surrounding reality, so that the person is in a situation that prevents them from acting in a way that is consistent with that reality.

This does not happen with psychopaths, whose appreciation of reality at a cognitive level is in almost all cases quite clear .

Another differential aspect between psychopath and psychotic can be observed at the emotional level. Specifically, the psychopath has an emotionality that, although not empty of content, is usually superficial and shallow, often considering that they experience proto-emotions or very basic emotions without fully developing this sphere.

The psychotic patient in this sense can be much more variable : he may be extremely labile and experience very intense emotions suddenly, or in other cases he may find a very marked emotional flattening and anhedonia (although before these alterations he experienced a wider range of emotions).

Precisely because of what was mentioned in the previous point, in the case of a psychopathic and psychotic judicial process, they have different legal consideration since they start from different points.

When a person with a psychotic-type problem has an outbreak, his or her perception of the world is altered in such a way that he or she can make responses that would not be possible in the absence of these perceptual alterations.

Thus, some of his acts may be completely outside his will . This could mean that in criminal proceedings in which they were shown to be acting under the effects of a psychotic break, they could be considered not guilty.

In contrast, the psychopathic subject has a clear awareness at the cognitive level of what is happening around him/her and possesses sufficient volitional capacity to be aware of what he/she is doing at all times.

Thus, in the case of psychopaths we would be in almost all cases before subjects who can be accused of any crime they commit, since they enjoy complete capacity to decide and understand their behaviour and consequences (although on a cognitive and non-emotional level).

6. Difficulties in adapting to society

Although this difference is not so noticeable today, since the advance of treatments for psychotic disorders allows us to lead a normotypical life, one of the main differences between both concepts is found in their different capacity to adapt to society .

However, in the case of psychopaths they are usually much better adapted and accepted by society, even if only on a superficial level. In fact, although there are subtypes of psychopathy in which there is social withdrawal , it has generally been found that a large number of people with psychopathy are highly seductive and charismatic (although their personal interaction is usually very superficial and utilitarian).

Although this point is somewhat relative given that it depends on many factors, in some cases it can be observed that while people with psychotic disorders tend to leave and neglect their personal image (especially when there is cognitive impairment), psychopaths tend on the contrary to be extremely careful with it, partly because of the presence of feelings of self-worth and grandiosity and partly because this facilitates their tendency to seduce and use others as instruments.

In addition to the above, another of the points on which the two problems differ lies in the fact that while the person who is psychotic has a general conserved cognition and has no problems on a cognitive level, in psychotic disorders, depending on the case, negative symptoms are observed, which usually imply a certain deterioration on a mental level (impoverishment of speech and thought, loss of coherence and logic…).

It is also very common for the population with psychotic disorder to show alterations at the attention level compared to the non-clinical population.

9. Mental disorder or not

A final fundamental difference between psychopath and psychotic is whether or not we are dealing with a mental disorder. In the case of psychotic disorders, it is clear that we are dealing with a psychic disorder or alteration that greatly alters the behaviour and perception of the person who suffers it and that generates suffering and limits his or her habitual functioning.

However, despite the existence of disorders such as inability to empathize and engage, instability and very limited emotionality, psychopathy is not considered a mental disorder per se.

Although neither condition currently has a “curative” treatment, they also differ in what can be achieved at the therapeutic level.

Although both are workable, in the case of psychotic disorders the use of medication and the follow-up of medical prescriptions combined with psychotherapy can help to a great extent to enable these people to lead a normal, and even symptom-free, life.

With regard to psychopathy, although various treatments that may be useful have been considered and implemented, it is usually a condition considered irreversible in which methodologies have not yet been found that allow major changes to be generated .

In some cases the capacity for empathy has been increased through training and some behaviours have been modified, although generally it is at a more cognitive level than sense.

However, in general, psychopaths tend to have a high resistance to therapy, in addition to a high degree of manipulation of the situation and therapy by them.