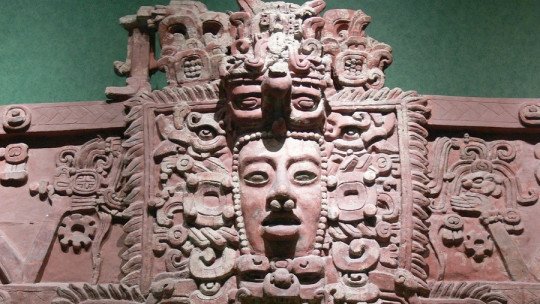 Mayan mythology is one of the most mysterious as to the origin and meaning of their rituals, which are based on offering sacrifices to the Mayan gods. Although the Mayan people gave themselves the task of stamping their myths on paper, this would not be valid for long after the arrival of the Spaniards to American lands.

The Spanish burned much of the paper that contained the mythology of the Maya, and so there are many gaps in what we know about the beliefs and culture of this particular people today.

However, there is information about the Mayan gods , entities that this Mesoamerican people worshipped. In this article we will see which are the main Mayan deities that exist and some of their characteristics.

The most important Mayan gods

There are three Mayan texts that survived the burning of the Spaniards ( Popol Vuh , Chilam Balam , and The Chronicles of Chacxulubchen ); they are where most of the information we have so far about that culture and its religion has been extracted from. Based on these documents, we will now review a list of the most influential Maya gods.

1. Hunab Ku: Father of all Gods

Within the Mayan culture this god is the only one who possesses life and from which all other things come, not only the other Mayan gods, but everything around us.

He is a dual god, so also represents the whole and the nothing . The Mayas invoke him through the Sun, where they believe he comes from.

2. Chaac: God of lightning and rain

This deity is one of the most popular and praised in the pantheon of the Maya, since he is attributed with gifts to provide abundant crops . He is illustrated as an old man with a reptile’s horn and tongue.

In the Yucatan Peninsula, an area plagued by drought, is where this god is most venerated.

This deity is one of the most multifaceted that the Mayans had. It represents the origins of science and knowledge, he is also known as the Sun God, ruler of the sky, master of day and night .

This God is in charge of maintaining a balance between life and death, and promotes chaos so that new creations can exist.

Mayan mythology illustrates this deity in two different ways. In one version he is seen as a single elderly, toothless man with a turtle shell, while in the other he is placed as four men holding up the four corners of the universe.

Within the Mayan culture the shell of the turtle is a symbol of strength and protection , since it was in one of them where the Sun and the Moon hid during the destruction of the world.

This deity is the wife of the God of wisdom (Itzamná) and is associated with many actions besides love. Manual labor, vegetation, fertility and medicine , are some of the things with which she is associated within the Mayan culture.

The illustration of this goddess consists of an old woman emptying a vessel on the surface of the earth.

6. Kinich Ahau: god of the sun

There is a debate about this God, as it is said that he originates from two different deities but it is not clear which one he really comes from. It all depends on the region where he is worshipped.

He is another of the most praised deities of the Mayas, because he is attributed with the ability to favor the hunters in terms of their luck, and to be responsible for the good crops of the sowers. The Mayas show him as a young man busy with manual work on the land.

The Mayas describe him within their culture as father and mother of the humans, the fire had a transcendental role within the mythology of the Mayas . The inhabitants of this civilization thought that he who mastered the power of fire was capable of controlling his inner violence.

The rituals to this god continue today based on bonfires in which the participants, after interacting with the fire of these, leave renewed. It is illustrated as an ambiguous figure with a snake mouth and a long nose .

A God provided with two punctual capacities by the Mayan culture. The first is that of encouraging and promoting the planting of cocoa on the land, and the second is that of promoting conflict as the patron of war .

He was very popular with the street vendors, who worshipped him daily to keep their sales going.

Sovereign of the underworld and the Mayan hell, this malevolent deity served as a source of inspiration for the illustrations that are given today of death in many of its versions, especially the one that represents it as a skeleton.

Yum Kimil, according to Mayan mythology prowled around the houses of the sick to hunt for new victims and take them to hell . Their way of scaring him off was by shouting as loud as they could.