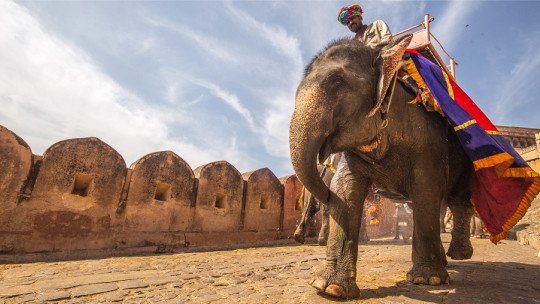 Intelligence is a very difficult term to define. Simply put, it can be described as the ability to solve problems and adapt to life .

No one would doubt that, within the animal kingdom, human beings have stood out from other species for the greater development of their cognitive and social capacities. This fact sometimes makes people think that other animals are inferior in intelligence, a belief that is wrong.

Within the diversity of the animal kingdom, there are species whose cognitive abilities are superior to those of others. In this article we analyse the most intelligent animal species that exist.

Psychic ability in animals is also a difficult value to measure, so making a list of the most intelligent animals in the world is a bit complicated.

A multitude of criteria can be used, such as the ability to learn in captivity, the understanding and use of language or the ability to plan an action or to abstract concepts. These ideas go far beyond the simple problem-solving ability mentioned at the beginning of the text.

Therefore, more than the typical “top ten”, in this list I present a series of species, trying to cover different classes of animals whose cognitive abilities are superior to what many might think, according to research. Let’s get to it.

It’s the insect with the largest brain mass in existence. The ant is an intelligent, methodical and strategic invertebrate. Its social organization is very complex , with hierarchies and diversification of work; for example, they have explorers for the reconnaissance of the terrain.

Ants are capable of growing mushrooms or raising other invertebrates as food, as well as presenting a coordinated battle to defend their territory.

“Man’s best friend” is a species that has evolved in the interests of human beings, but that does not mean that they are not intelligent beings. Besides being faithful friends, dogs are capable of understanding human language or , feeling empathy towards other beings and applying logic to achieve their goals.

The grey parrot is a bird that is not only able to imitate the sounds of human language, but also to apply it in a context, that is, to understand its meaning.

Among the case studies , the one of the parrot Axel stands out, which lived thirty years (from 1977 to 2007), and was trained by the comparative psychologist Irene Pepperberg. As she remarked, he was able to communicate with the animal.

Although it is an unpleasant animal for many, for scientists it is very similar to humans, and proof of this is its great use in experiments. These rodents are highly sociable and work together for the good of the group.

Rats are capable of planning and applying logic to problem solving. Some studies reveal that they are also sensitive animals, showing stress or remorse.

The raven is considered by many scientists to be the most intelligent bird. They are social animals that form herds.

In New Caledonia, crows were found to use tools such as knives to cut and to throw nuts onto the road while waiting for a car to pass over and break them. This means that they are able to find ways to solve problems.

The octopus is the most intelligent invertebrate there is. They are solitary beings, but they are capable of recognizing their environment and memorizing in the long term what they have discovered. Their nervous system is complex, and the curious thing is that only a third of their neurons are located in the brain: the rest are distributed by the tentacles.

Nor do their abilities for mimicry and camouflage go unnoticed, and they are known to be great escapists.

The elephant is the land animal with the largest brain and has advanced cognitive abilities. For example, they are altruistic, that is, they sacrifice themselves for the good of the herd, self-medicate when they are sick (feeding on different plants depending on the disease) or perform funeral rituals (marching to a “graveyard”).

Its social organization is one of the most complex in the animal kingdom, with very intimate social relationships and family ties that are only broken with death. In captivity, they are animals that learn quickly, have great memory and have even shown themselves to be creative – let’s remember the elephant that painted pictures.

I’m sure many people think that the pig is an unclean and intelligent animal. In fact, it is probably the cleanest of all domestic animals: pigs refuse to defecate in areas close to where they live or eat.

Its fame precedes it; the bottlenose dolphin is popularly known as an intelligent cetacean. Their brain is much bigger than the human one, they dominate a complex language of sounds and they have very intimate social relationships, especially between mother and children.

Many studies support their cognitive abilities; for example, they are highly curious and are able to recognize themselves when they see themselves in a mirror, that is, they are self-conscious.

The great apes are the brothers closest to the human being. This group is composed of gorillas, orangutans, bonobos and chimpanzees . It is likely that because of this closeness there is a great interest in studying their characteristics, including their cognitive abilities.

The complex social interactions that these animals carry out, their use of tools to solve problems or the fact that they transmit their culture from generation to generation are well known. In captivity, it has been shown that they are capable of communicating with humans through signs or revealing their creative abilities.