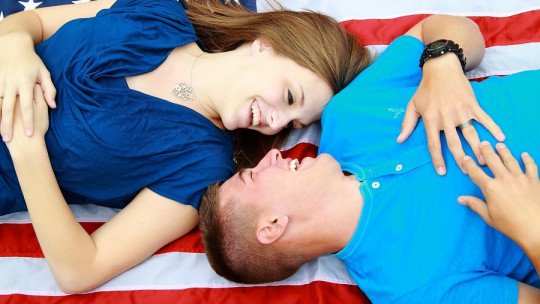 My friend Juan, a rather attractive guy, approached a girl who kept looking at him in a bar where we were having tapas , and asked her if she had a boyfriend. She looked him straight in the eye and said: “Yes, but I’m not a fan of that”.

Contrary to what some may think, millions of people in the world are and have been unfaithful . Traditionally infidelity has been seen as anti-human behavior, something only bad people, those without a heart, commit. In general, adultery is considered the exception. But is it really so?

According to a survey on The Richest website, there are more infidelities than many individuals realize. In addition, the website revealed the 10 most unfaithful countries in the world.

Infidelity is considered the greatest betrayal between partners

We all have an idea in our heads about infidelity because it is a very common topic, especially nowadays. In fact, infidelity is considered one of the greatest betrayals between the members of a couple , and few marriages, once committed, manage to overcome it.

Infidelity is forbidden and, although it is increasingly accepted, most individuals say they would not be unfaithful because they know they would not like to suffer it in their flesh. Even so, on many occasions, they can become unfaithful. By committing the act of infidelity, they often justify themselves by saying that the other partner is to blame (known as cognitive dissonance). This happens because bearing the burden of having been unfaithful (thinking that the infidelity is of bad people) can cause a lot of suffering.

Infidelity is perceived differently by men and women

The workplace is the preferred place to commit an infidelity

As for the preferred site for committing infidelity, contact manager Ashley Madison , who collected data from 170,000 U.S. users, says 68 percent of infidelities take place in the workplace. In addition, other research, this time from Harvard University, concluded that Wednesday afternoons are the time of week when most sexual affairs with lovers occur.

The 10 most unfaithful countries

The website The Richest has carried out a study to find out which countries are the most unfaithful. To do this they have used data from Durex surveys and from different sites to link. Below you can see the list of the 10 most unfaithful countries in the world :

In position number 10 is Finland . In this politically correct country, infidelities are not so badly regarded and are considered “parallel relationships” . A survey from the website Match.com found that one in five men had had relationships with at least 10 women, seven times more than women.

British “gentlemen” are not traditionally known as infidels. But that may have changed. In fact, the Ashley Madison website, which helps cheaters find their extramarital friends, at least 1 million Brits are interested in cheating on their partners .

This Mediterranean country is associated with passionate romances, so it is strange that Spain is not higher on the list . But it is possible that the traditional mentality is the reason why in the country of tapas and flamenco infidelity is still a taboo subject.

According to the magazine New Europe , the Belgian site “Gleeden”, for extra-couple meetings, already has 1.1 million members. Therefore the director Chantal Bauwens explains that being unfaithful is no longer taboo in this country .

According to the extramarital dating site “Victoria Milan”, the citizens of this Scandinavian country tend to make less use of its website in the winter months . However, when spring arrives and the temperature rises, so does the promiscuity of Norwegians.

The citizens of the French Republic are famous for being open-minded about romance. Although Paris is the city of love, infidelity does not seem to be frowned upon, as only 28 percent of its citizens regret committing an infidelity .

It may seem strange that the Germans are more unfaithful than the French, but it seems that the Teutons are beaten by a small margin . The inclusion of Central Europeans in the top 4 may be surprising if we consider the stereotype that Germans are strict and very rational people.

Italians have a reputation for womanizing. In fact, Giacomo Casanova is the quintessential seducer and was famous for sleeping with hundreds of women… and yes, he was Italian. Is infidelity in the genes of Italian citizens? Possibly not, but Italian culture has placed this country in third place on the list . It should not be forgotten that Silvio Berlusconi is also Italian… and no one has forgotten the impressive parties he used to throw in his private villas. Parties that were loud and where there was no shortage of alcohol or women in the company.

Another Scandinavian country in the top 10 most unfaithful countries in the world. The data show that one third of the citizens of Copenhagen have cheated on their partners .

Anyone who has been to Thailand can attest to the sexual misconduct that exists in that Asian country. In fact, 56% of its citizens claim to have been unfaithful. Besides its beaches, its food and its parties, Thailand is also famous for its prostitutes and the Kamagra.