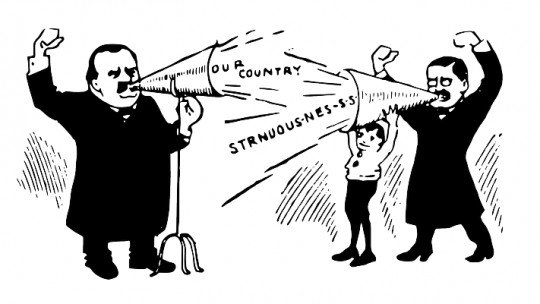 For a long time, scientists of the mind have believed that the human being is a fundamentally rational animal, who thinks through logic.

However, this idea can be called into question, for example, every time we look at the types of arguments we usually use to defend our views in debates and discussions. Argumentative fallacies make constant appearances, and many times neither we nor the speaker are aware of it.

That does not mean, however, that there are no valid types of argument through which we can contribute to debates in a sound manner. This is a selection of the main types of arguments classified according to various criteria .

First, we’ll look at the types of arguments classified according to the type of content they’re based on. These distinctions allow us to better understand their nature and the way they are used.

These are arguments based on highlighting the ethical values that an option has , whether good or bad. This type of argument is useful if the topic being discussed is fundamentally philosophical and moral, that is, if it talks about what should be done and what actions should be prioritized.

However, they do not serve to describe objective reality, and if they are used for this purpose one can fall into a type of logical fallacy called ad consecuentiam argument.

2. Arguments based on descriptions

A general description is a way of gathering several arguments into one to defend an idea . For example, to argue in favor of the position that birds are dinosaurs, one can talk about the feathers found in many theropod fossils, about the anatomical similarities that many of them had with modern-day birds, and so on.

3. Arguments based on data

These are a class of arguments based on very concrete and specific pieces of information , usually extracted from scientific research or databases. They serve to reinforce arguments, offering them empirical support.

4. Arguments based on authority

In this type of argument the position defended by an authority on the subject is pointed out, indicating that it has more value than others . In many cases, it may lead to a logical fallacy: in the end, the fact that an idea is defended by a specialist does not make it true.

However, it is a consistent argument when it comes to countering a fallacy of authority. For example, if someone defends the idea that the Earth is flat because a neighbour who reads a lot has said so, one can reply that the real specialists on the subject defend that it is rather spherical, implying that it is necessary to provide a lot of evidence to refute this idea since the two positions are not on an equal footing.

5. Arguments based on definitions

These types of arguments are not based on how the world works, but on the use made of concepts and definitions . However, in many cases these arguments are not effective, because the meaning of words can change depending on the time and context in which they have been used.

6. Arguments based on experiments

In this case, the argument is based on an experience carried out in the same place where the dialogue takes place and which serves to support the idea defended by oneself. Moreover, it is very useful to convince, since it includes a “spectacular” part that is expressed beyond words, that is, in facts.

7. Arguments based on mental experiments

This type of argument is a mixture between the two previous ones, since is based on an experience in which the interlocutor has to participate but it is not carried out in the real world. It is about imagining a situation that progresses to a point where the only reasonable conclusion is that the idea we are defending is fulfilled. For example, if someone says that he could never be friends with a foreigner, it is relatively easy to make him see the opposite through this type of argument.

Types of arguments according to the way they are used

If we have previously classified the types of arguments according to their content, we will now see how they can be used to show relationships between ideas

8. Indication of the fallacy

These are types of arguments in which it is pointed out why the reasoning someone has used is not valid, as it is based on a fallacy . In other words, the other person’s discourse is analysed and the parts that in themselves are unfounded and misleading are highlighted.

In this kind of argument two ideas are compared with each other , to show how one of them is better than the other. They are effective in providing overall ratings on plot lines.

In these arguments , the speaker is asked a series of questions to demonstrate in real time how wrong he is on a topic. It is an exercise reminiscent of Socratic dialogue, as they lead the opponent into a trap that is ‘inside his own discourse, entering into contradictions.