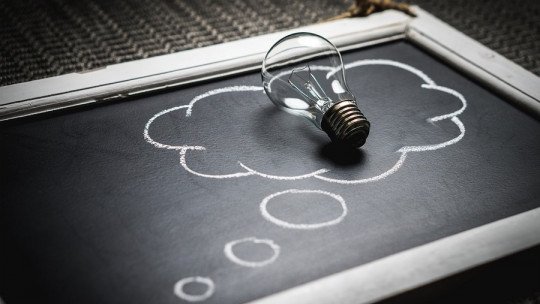 Throughout the history of psychology, numerous currents of thought and schools have been born, each of which interprets the human mind and mental and behavioral processes in a concrete way.

One of these currents was centered on what they considered the only directly observable correlate of the psyche, behavior , ignoring that which they could not measure and pretending to make psychology a science as scientific and objective as possible.This is behaviorism.

But there are different types of behaviorism. In spite of being part of the same paradigm, different authors have established their own vision of it, considering different approaches, methods and objectives. This article presents some of the different theoretical developments that the behaviorist current has given.

Behaviorism is one of the main theoretical currents of psychology . Born at a time in history when the psychodynamic current predominated, behaviorism was opposed and differed greatly from the conception of it.

Behaviorism focuses on trying to offer the most scientific and objective explanation possible of psychic phenomena and human behavior, ignoring any information that cannot be directly observed. It proposes that the only aspect of the psyche that is clearly observable is behavior, being this the only element with which it is possible to work in a scientific way.

He does not deny aspects such as mental processes, but he considers them secondary, a black box impossible to study . Behaviorism is a paradigm of environmentalist orientation, being the behavior determined by environmental phenomena. Specifically, it is explained through the association between stimuli, which provoke a response. If we have a neutral stimulus that is associated with an appetitive or aversive one, the response to the first will end up being the same as to the second due to the fact that the link between both stimuli is generated. The responses are conditioned, being this aspect one of the most important for the behavioral paradigm.

Since the birth of behaviorism, many advances have been made and various authors have worked from it, offering different perspectives and subtypes of behaviorism. Below we briefly present some of the most relevant ones .

Classical behaviorism is that formulated by John B. Watson, influenced among other things by the works of Pavlov and Thorndike. In this type of behaviorism studies focus on the link between stimuli and responses, being especially important in the treatment of phobias.

It considers that the mind is not observable or analyzable but a black box that is not taken into account (and in some cases its existence or real importance is denied) and being the only thing that can be analyzed in an objective way. What determines behavior is the environment and the stimuli: for classical behaviorism the subject is a passive and reactive being, who acts through learning associations.

Another type of behaviorism and one of the most important and recognized along with Watson’s is B. F. Skinner’s radical behaviorism. This author considered that behavior could not be understood only through simple conditioning processes, despite the fact that the organism acts to adapt to good and bad. Skinner proposed that the explanation of behaviour was more linked to the perception of the consequences of our actions .

We learn that performing a certain action in a certain context has pleasant or unpleasant consequences, based on which we modify our behavior by repeating or inhibiting those actions. Skinner called this mode of behavior modification operative conditioning. It also emphasizes learning by trial and error.

Similar to radical behaviorism, it differs from it in that it considers behavior as interaction rather than as a simple response. Behavior allows the subject and the environment to relate to each other and are interdependent, and it is this interaction that should be studied.

Edward C. Tolman establishes another type of behaviorism, this time proposing that all behavior is composed of actions that end up directing the individual towards an objective.

The behavior is purposeful and not a learned sequence . It also proposes that we establish cognitive maps in order to achieve these objectives, and use them as a learning mechanism. In this type of behaviourism we start to see elements that take into account mental processes, such as intentionality. In fact, some people consider him the first cognitivist.

Clark L. Hull proposes a functional vision of behavior: behavior and learning are understood as a way to survive the environment . This is explained through the formation of habits from which impulses can be satisfied or reduced. The subject becomes more and more active.

This branch of behaviorism establishes behavior as something purposeful, directed to an end, and that is carried out through time. Howard Rachlin considers that the mind is the body’s way of functioning, not something internal , and ideas a behavior elaborated through time. He emphasizes the idea of the time frame of an event: its past, present and future. It also considers that behavior occurs before the reinforced, noting that the effect occurs before the cause (behavior is the effect of the desire to eat).

This type of behaviourism stands out for presenting the concept of basic behavioural repertoires , which are elaborated throughout learning and development in a cumulative manner. It is also representative of the fact that it gives importance to emotional factors in behaviour and learning.

This type of behaviorism stands out for its search for explanations to behavior and learning from an ecological view of them. For William Timberlake, behaviour is linked to the context in which the subject develops , and has a biological origin that predisposes us to feel and act in a certain way.

This author focuses his perspective on verbal behavior: that is, on language . This serves as an intermediate element between behaviour and environment. Steven Hayes also proposes the need to investigate mental phenomena if behaviour is to be understood. He also works on aspects such as the influence of rules on behaviour.

Other types of behaviourism and effect on other currents

The above are some of the main types of behaviourism that have been developed over time. But there are many others, such as Bijou’s empirical behaviorism, or philosophical, emergent or systemic behaviorisms.

Furthermore, we have to take into account that the evolution of behaviorism and the overcoming of its limitations has allowed the emergence of many other theoretical models such as cognitivism and constructivism.