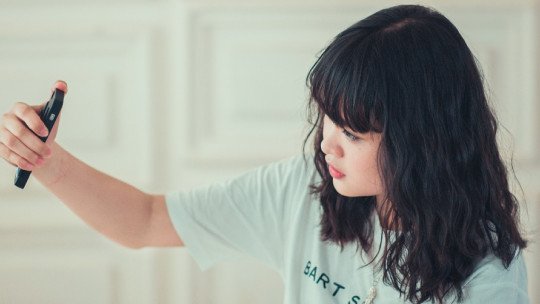 We live in an interconnected world, largely thanks to the possibilities provided by new technologies and social networks. In fact today most of us have a profile in different social networks , being one of the most popular Facebook.

But what we publish says a lot about us, revealing features of our personality and/or our emotional state and self-concept. In this article we show you 11 things we do on Facebook that give away low self-esteem .

Our self-concept is the image we have of ourselves. The idea we have of our own identity, formed from experience and from the data we obtain both from ourselves and from other people. It is formed by the set of beliefs and thoughts about oneself, and is linked to other aspects such as expectations of oneself and one’s capacity, and the self-evaluation of that image. It forms part of the fundamental nucleus of our own identity, of our “I”.

Self-esteem is the emotional valuation we make of that self-concept, that is, how we feel about ourselves. The value we place on ourselves. Self-esteem has great relevance as it influences to a great extent how we act, interpret reality and even the type of needs and goals we establish to guide our lives.

But self-concept and self-esteem are not something fixed and unchangeable, but can be modified throughout life experience. If we have low self-esteem it is possible to increase it through various methods.

However, most people use only supplementary methods, while retaining the beliefs of little self-worth. For example, through social networks . In this way, self-esteem is not really modified, requiring a deeper work at different levels.

Things we do on Facebook that reveal low self-esteem

Social networks are a very powerful tool, which allows us to stay connected , to communicate and to show part of our life to acquaintances or even to everyone. In people with low self-esteem, this can be used as a way to supplement it, seeking to strengthen it through the appreciation of others and the feeling of belonging that social networks such as Facebook offer.

Below you can see 11 things we do on Facebook that reveal low self-esteem, usually through the exaggerated pursuit of attention. But we have to keep in mind that we are only talking about low self-esteem when it is a habitual pattern of behavior : it is not enough that you have ever done any of these things (mostly quite habitual) to be able to think of a negative self-perception. And in any case, we would be faced with indications and not irrefutable evidence.

This is something that, while it may not seem very common, says a lot about the way we use social networks. Those who do them look for a positive reaction to their own activity from others.

In the case of those who usually reply to this type of message, their action may be due to different causes, such as sympathy or attraction towards the person who publishes or the type of publication made, but it may also be due to the need for others to interact with him or her (which they achieve by fulfilling the request of others).

Although it is not so frequent, many people comment on their own publications and even indicate that they explicitly like them. Although there may be different types of attitudes behind them, one of the most common is self-motivation and the attempt to promote one’s self-esteem as if other people had achieved it if they had published. It is also often done because of the desire to produce a so-called effect on comments and likes.

Where I have been and with whom, what I have done, what I have eaten, what I have bought …one of the things we do on Facebook that give away low self-esteem is the publication of all the details of our life, even the smallest aspects . They are usually especially indicative of one’s body shape, mood or love, as well as mentioning only achievements.

Linked to the previous aspect, it is so remarkable that we publish as often as we do. We may have something to say or want to share from time to time, but people who don’t stop posting things over and over again several times a day may be indicating that they have an altered emotional state and low self-esteem that they are trying to temporarily replace with the attention of others.

The other side of the coin. While constantly publishing everything is an indication of wanting to be served, the same can be said of trying to force interaction with others by commenting on all possible publications.

While discussion and criticism are aspects that can diminish a person’s self-esteem, they are still a type of interaction. The person who feels ignored and in need of approval may try to use these types of tactics to get others to support or criticize him or her in search of attention that can be seen as convening power.

7. Use of hints in the form of publications, songs

Hints are often used to force an interaction with the person to whom they are directed, or to arouse interest in the person in question or what he or she has been able to do. They can take the form of a publication, commentary, photograph, video or song, for example. And they do not necessarily have to be used in a negative way or as a teaser , but they can also refer to positive aspects such as emotional ties, love affairs or gratitude.

8. Accept anyone as a friend

People who are insecure and have low self-esteem often find their self-perception reinforced if they have a high number of friends. In addition, the more people you have added to you, the more likely it is that someone will see you. There is usually some collection of friendships and they tend to accept a large number of strangers. In this sense, we must take into account that we can take unnecessary risks by being able to acquire details of our private lives.

Probably most of us know people who don’t stop posting pictures of themselves in different positions. Some in positions that seek to be suggestive, to show physical attributes or with little clothing, tend to publish themselves with the intention of feeling admired or admired (this is frequent in both sexes) and receiving approving comments that corroborate what they need to feel and externally reinforce their own esteem.

It is not uncommon to see from time to time that someone you know uses or even creates questionnaires and applications regarding how much you know about certain aspects, or even the degree to which others know about them.

Although they may be merely curious and entertaining, they may indicate that they are either seeking to draw attention to the person themselves (if the questionnaires are created in relation to oneself) or that they are seeking to increase self-concept and self-esteem through the mastery of different subjects. As with all other aspects, it must be taken into account that what is indicative is the systematic abuse (it is not enough to use one from time to time).

Statistically, most people try to present their best image on the networks. This is normal, but in some cases it can lead to people with low self-esteem fabricating a fictional life that they don’t really have , falsifying details and even images and videos.