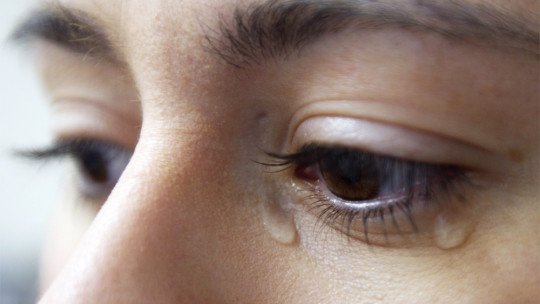 Psychological abuse is often the most difficult type of abuse to recognize because its scars are not visible to the naked eye. Unlike physical and sexual abuse, it leaves no marks, wounds or other physical evidence.

On the other hand, psychological abuse can occur in different areas of life: couple, family, school (bullying), work (mobbing)… Regardless of where this phenomenon manifests itself, the long-term effects can be long-lasting, invisible, devastating and can even accompany the person affected for the rest of their life, especially if the abuse occurs at an early age or is not treated by a mental health professional.

But… what are the invisible consequences of psychic abuse? What are the negative effects of psychological abuse on the victim? In the following lines you can find the answers to these questions.

The victim’s low self-esteem can in many cases be the trigger for this type of abuse, especially in relationships, where great emotional dependence can manifest itself when people value themselves negatively. But low self-esteem is also a consequence that the abused person may suffer.

According to research published in the Journal of Emotional Abuse in 2005, as a result of this situation, the self-confidence and self-esteem of people who are victims of psychological abuse becomes negative.

Psychological abusers often focus on the victim’s weakness, constantly attacking her without mercy. Whether it is their physical appearance, their weight, their intelligence… The abuser constantly repeats the message that the victim is not worth anything .

Another study in the Journal of Emotional Abuse concludes that people who suffer psychological abuse have high levels of anxiety and post-traumatic stress . Much of the manifestation of this symptomatology has its roots in the victim’s denial of reality.

Many people who suffer this form of abuse are not even aware that the damage they suffer is not their fault and is not part of the natural development of their day-to-day life, as it is more secretive and more difficult to detect than physical abuse. In fact, it can even be difficult to consider filing a complaint.

Victims of mental abuse often have a strong tendency to become lonely and isolated. For example, in the case of relationships, the abuser may try to cut off the communication that the victim has with her family , and in cases of bullying or mobbing, the victim often suffers a damage to her reputation, as the abuser takes care of it. Isolation and loneliness further aggravate the situation and make it difficult to put an end to the problem.

The victim, being alone and having low self-esteem, may end up blaming herself for what happens, and it is not uncommon for the bully to also engage in behavior that is intended to cause the abused person to blame him/herself . For example, in cases of psychological abuse in the couple, a phenomenon called emotional blackmail often occurs, in which the victim is easily manipulated

Undoubtedly, it is very common for people who are victims of psychological abuse to end up in a depressive state . And this is not strange considering that their self-esteem is seriously damaged, that they are in a situation of loneliness and that they are constantly suffering a traumatic situation.

Depression and abuse can often lead to suicidal thoughts . In recent times, for example, an alarm has been raised by cases of bullying in some schools.

On other occasions, the rage and anger felt by some people who have suffered this type of abuse can lead to the appearance of excessive aggression. Especially in abused children, this aggressiveness can accompany them for the rest of their lives.

10. Difficulty with other interpersonal relationships

A study published in the Journal of Emotional Abuse states that people who are victims of psychological abuse have serious difficulties in having healthy interpersonal relationships . The reason for this is that their trust in others is diminished, and many are unable to have close emotional ties with other individuals.

The suffering suffered by victims of psychological abuse is such that they have serious difficulties in expressing their emotions . Sometimes out of shame and sometimes because the suffering of the psychological siege to which they have been subjected has resulted in them losing confidence in other people. The inability to express feelings is known as emotional mutism or alexithymia.

Emotional mutism and stress can often cause a range of psychological and organic disorders. One of them is psychosomatic disorder, which is characterized by a physical symptomatology that is believed to be caused or aggravated by mental factors . Negative moods that we do not express can inhibit or activate organic systems that maintained over time can lead to this type of disorder.