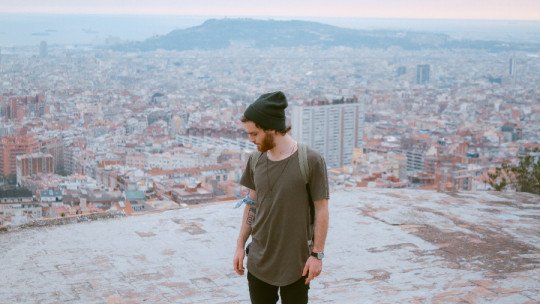 Obsessions are intrusive, irrational, and recurring thoughts, ideas, or images (appearing over and over again) that feel out of control by the person who is suffering from them.

Generally, the obsessive person does not want to have these ideas or thoughts , which usually cause him/her anxiety or discomfort and tries to avoid them. The behaviours that are performed to avoid the obsessions are called compulsions. This obsession-compulsion routine is known as OCD.

The irrational thoughts that can lead to compulsive acts can vary depending on the individual. Some people may have superstitious thoughts that cause them anxiety, others may believe that everything is contaminated and they must clean themselves up so as not to suffer illnesses, and others may take order to a pathological extreme because of perfectionist thoughts .

Obsessive people have some characteristics in common. According to the Obsessive-Compulsive Cognitions Working Group (OCCWG), the most important cognitive variables affecting this condition are

Obsessions can be classified in different ways. But… what are these ways of classification?

Here is a list of the different kinds of obsessions.

Depending on the type of trigger

Depending on whether the obsession feels unacceptable or realistic, there are two types.

This type of ego-distonic obsessions, that is to say, they feel as repugnant, unacceptable, inconsistent with one’s own self-concept. They appear abruptly in the consciousness without the evocative stimuli being identified. They include sexual, aggressive and immoral thoughts or impulses.

These thoughts are perceived as realistic and rational and the evocative stimuli are external and identifiable. For example, catastrophic thoughts, about pollution, about asymmetry, etc.

The contents of the obsessions may vary. These are the different types of obsessions depending on the content.

One of the most frequent obsessions has its origin in the need to have everything aligned symmetrically and correctly ordered. The compulsions associated with this type of obsession consist of ensuring that everything is in order and well placed, otherwise the subject would suffer great discomfort or anxiety.

Some characteristic behaviors of this type of thinking are:

People with this type of OCD spend a lot of time trying to have everything perfect, so they’re said to be perfectionists. In extreme cases, the person may avoid having others come to his or her home so that nothing is left disorganized or out of place.

As the name suggests, these people think that the environment may be contaminated. For example, when they go to the bathroom, they think that when their skin comes into contact with the door cloth they may suffer from some kind of disease. This makes them need to clean and wash themselves compulsively.

Cleaning or washing is often done several times a day, with repetitive hand or body washing rituals until the person feels clean. Individuals with these types of obsessions can avoid them:

5. Obsessions due to mental contamination

This type of obsession is similar to the previous one, but it does not have to do with someone who comes into contact with potentially dirty or contaminated objects or environments, but rather thoughts of mental contamination arise when the person feels mistreated, physically or mentally , through critical or verbally abusive comments.

This makes her feel dirty, but dirty on the inside.

Sensory-motor obsessions have to do with an exaggerated awareness of certain bodily sensations. Some examples are:

These obsessions are thoughts of causing unwanted sexual harm, or about constantly questioning one’s sexuality . A person who experiences these types of intrusive thoughts will avoid public places, such as shopping malls, or schools to avoid coming into close contact with children.

These thoughts are similar to the previous ones, but are characterized by the fear of being attracted to members of the same sex . Both the previous point and this one make the person feel so ashamed that he or she is unable to seek help.

These obsessions are characterized by the fear of carrying out violent acts against loved ones or other people . That is why they will avoid situations where some acts like these may occur:

These obsessions cause people to fixate on religion and religious practice . This causes a series of compulsive behaviours such as, for example, that some prayers have to be said over and over again, prayers have to be omitted or recited incorrectly or it is necessary to shout blasphemous words out loud in a religious place. Obsessive thoughts may include concern about committing sin or offending God, not praying enough, or fear of not being forgiven, among others.

This type of obsession is characterized because the person thinks that something bad will happen if he or she does not perform the compulsion . For example, fear of committing a negligence, of a robbery if you don’t close the door or of being responsible for a catastrophe.

12. Obsessions due to lack of control